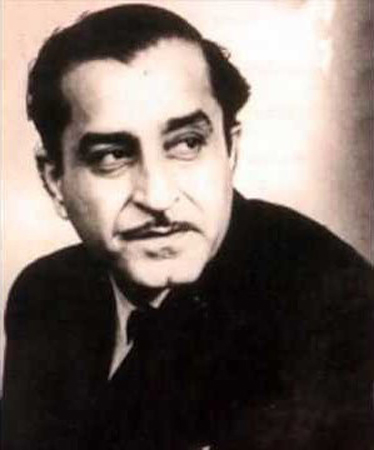 It has been our experience to witness that there were some singers who sang very few songs but these songs remain imprinted in our minds. Pakistani singer SB John was one who sang ‘Tu Jo Nahi Hei Tau Kutch Bhi Nahi Hei’ in 1956 film ‘Savera’ in the music of Master Manzoor Hussain. More than six decades have passed since this song came into being; it is still listened to fondly and rendered by music lovers. A few years ago Indian producer Mahesh Bhatt re-recorded this song in the voice of son of S. B. John after locating him from somewhere and inviting him it to sing this song. It was only because his (Bhatt’s) mother loved this song. Indian director Mahesh Bhatt lifted this song for his film ‘Woh Lamhe’ in the music of Pritam. He said in some interview that his mother loved this song, so he made some changes in the lyrics and recorded it in the voice of Glenn John, S. B. John’s son as S. B. John had died by then. The song was performed by actors Kangna Ranaut and Shiney Ahuja.

I remember a singer Sharafat Ali who became hit voice when the producer WZ Ahmad’s film ‘Wa’ada’ was released in 1954. Two songs, a solo ‘Teri Ruswaion Sei Darta Hun Jab Tere Sheher Sei Guzarta Hun’ and a duet by Sharafat Ali with Kauser Parveen ‘Baar Baar Barsain More Nain’ became hit. Composed by Rasheed Attre and filmed on Santosh Kumar and Sabiha Khanum, these songs left a mark. I do not know if Sharafat Ali sang more songs or not but these songs are immortal. I remember this movie ran for many weeks in Rattan Cinema, Lahore. Sharafat Ali was a novice in the field of singing. Later Javed Attre, composer Rasheed Attre’s son told me that Sharafat was W. Z. Ahmad’s friend and Rasheed Attre was asked to compose for him despite the tremor and tenor in his voice. Though these songs became his reason of popularity but he was nowhere to be seen thereafter.

Third voice I can quote who sang a few but popular songs in his brief singing career was that of CH Atma. He had a deep and resonant voice. As a matter of fact, all three voices I have quoted had this common quality with a touch of nasal tone at places especially in SB John and CH Atma

Third voice I can quote who sang a few but popular songs in his brief singing career was that of CH Atma. He had a deep and resonant voice. As a matter of fact, all three voices I have quoted had this common quality with a touch of nasal tone at places especially in SB John and CH Atma. The latter came into music world when K. L Saigol was at the peak of his career in late 1940s. His non-film song ‘Preetum Aan Milo’ recorded privately in 1945 was an instant hit. This song became his identity despite that music lovers noted that his style of singing resembled that of K. L. Saigol’s. A fan comments must be quoted who says ‘C. H. Atma’s precise crystal-clear rendering was a salute to Saigal’s style’.

Critics say that C. H. Atma had his own distinctive style which he acquired to become one of the few singers to become widely popular both in film and non-film music. Later his song ‘Preetum Aan Milo’ was lifted by music composer O. P. Nayyar for his 1955 film ‘Mr. and Mrs. 55’, this time rendered by Geeta Dutt for its heroine Madhubala. Music composer O. P. Nayyar liked C. H. Atma’s unique voice quality, so he used it in his film ‘Asmaan’ also. It was O. P. Nayyar’s first film as a music composer in 1952. Prem Dhawan’s song ‘Is Bewafa Jehan Main Wafa Dhoondete Rahe’ was a very haunting melody with pathos oozing out of it. The song ‘Mori Nindiya Chraye Geyo’ and ‘Raat Suhani Hanste Tare’ seemed tailor-made for Nasir Khan. The song ‘Kutch Samajh Nahin Aaye Mohe Iss Duniya Ki Baat’ was another C. H. Atma gem. Shyama played the female lead in this film. It was Pancholi Productions film. Critics believe that music composer O. P. Nayyar always used singers who were able to bring the romance and edgy but sweet voice and depth in their songs. 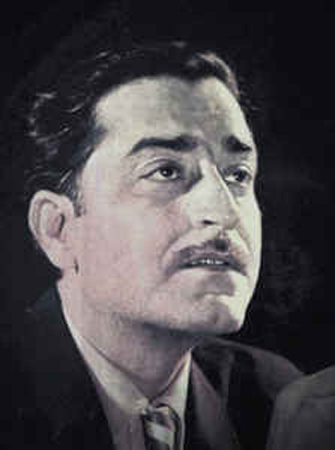 O. P. Nayyar’s wife Saroj Mohinee Nayyar contributed lyrics of the song ‘Paapi Nahi Ga’ for the film ‘Daera’. It was a Nasir Khan-Meena Kumari film by famous director Kamal Amrohi. The song ‘Diya Tau Jala Sab Raat Re Balam’ was rendered by C. H. Atma in the 1956 film ‘Dhake Ki Malmal’. It is a lovely song. One can but comment that 1950s was the golden era of melodious music.

Much later, C. H. Atma sang ‘Aik Pal Jo Mila Hei Tujh Ko Jeene Kei Liye’ a ghazal in Film ‘Geet Gaya Pattharone’ directed by V. Shantaram. He has sung duets with singers like Lata Mangeshkar and Asha Bhosle. But his career was short in Bollywood as brief as just ten years. He also acted in two movies as hero, namely, ‘Bhaisahab’ (1954) (with Poornima and Smriti Biswas) and ‘Bilwamangal’ (with Suraiya) (1954).

Atma Hashmatrai Chainani was born in 1923 in Hyderabad (Sind). He started singing as a hobby at College, one of his first jobs was a Radio Officer in an Airline. He was unaware that one day his hobby would become his profession. He was the first singer from India to tour and sing outside India in Nairobi, East Africa in 1957. He fell ill after his singing tour to England in 1975 and died eight months later on 6th of December 1975. He was just 52. C. H. Atma was the elder brother of the popular singer, Chandru Atma. C. H. Atma’s voice invited a particular set of fans. This audiance4 exited then and exists even now after seven decades.

To pay homage to this unique voice we reproduce the lyrics of the song that became his identity. O P Nayyar’s wife, Saroj Mohini Nayyar is the lyricist of this song.

The writer is the recipient of the prestigious Pride of Performance award.
He can be reached at doc_amjad@hotmail.com