India tastes its own medicine: “Impunity for Non-State Actor Violence” 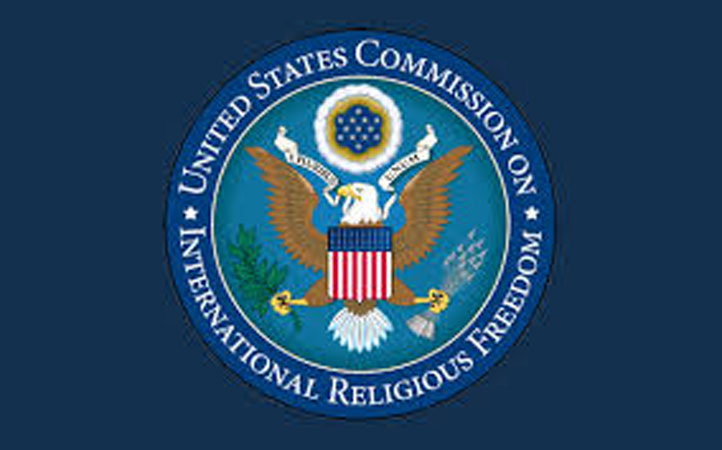 The US Commission for International Religious Freedom (USCIRF) report delivers a stinging unexpected bolt to an infatuated Indian leadership; recommendation that India be declared a “country of particular concern.”

As the narrow-minded, RSS-inspired Modi team ramped up propaganda against Pakistan, allowed its things to persecute Muslims in all possible ways and poked fun at minorities as well as Arabs, they forgot one naked reality; motivated propaganda and fake news have a shelf life and eventually gets exposed.

The latest ploy was of the alleged 14 launch pads to facilitate the infiltration of “non-state actors” into the Indian-controlled Kashmir. The motive was pretty clear i.e. keep painting Pakistan in bad light and lobby against it at the Financial Action Task Force (FATF).

Isn’t it strange that the Indian campaign against Pakistan was predicated on non-state actors, and now the US report itself

Much before the USCIRF report, two Bangladeshi ministers had called off their India visits in view of the Delhi anti-Muslim attacks. Turkey, Malaysia, Indonesia and Iran – all good India partners – had openly expressed their criticism of BJP policies on Kashmir and Muslims. Turkish President Erdogan and Iranian Supreme Leader Khamenei called on India to punish Hindu extremists involved in persecution of Indian Muslims.

As if that were not enough, German chancellor Angela Merkel said in the face of Modi that “the Kashmir situation is unsustainable” during her November 2019 visit to Delhi. A number of Gulf state officials have also strongly reacted to insinuations on sexism among Arabs by Indian academia.

The US report is indeed scathing when it calls the Citizenship Amendment Act as “the most “startling and disturbing” which, according to Nadine Maenza, the USCIRF’s vice chairman, “potentially exposes millions of Muslims to detention, deportation and statelessness when the government completes its plan for a nationwide, national register.”

Quite sad that a country, where 60 per cent of the population, or staggering estimated 812 million people, live below the World Bank-determined poverty line (people who live off $3.2 a day), is still in a hate-war-mongering mood, and is currently implementing a $130 billion defense up gradation programme. This is in addition to the $ 70 billion annual defense budget.

Equally disturbing is the fact that the abhorring cast system forces over 200 million Dalits (untouchables) to live in sub-human conditions but the country’s military expenditure “grew by 259% over the 30-year period of 1990–2019, and by 37% over the decade of 2010–19,” according to the Stockholm International Pearce Research Institute’s (SIPRI) latest report ‘Trends in World Military Expenditure, 2019’, released April 27. Moral of the story; expediency may still preserve the Indo-US political geopolitical partnership but in a world being reshaped by COVID19, most nations at the UN and European Parliament will most likely not put up with the kind of rights’ abuses that the Indian minorities have been enduring under the BJP-RSS government. Good news indeed for Muslims in Kashmir and elsewhere in India that unexplained political detentions, murders, fake encounters and high-handedness against have finally caught the attention of the sole super power. Will Pakistan now be able to use the USCIRF report to its own advantage – which indeed is the culmination of months of advocacy on and projection of BJP-RSS led assault on religious minorities in India?