Blooming Pakistan from Lyari to the limitless 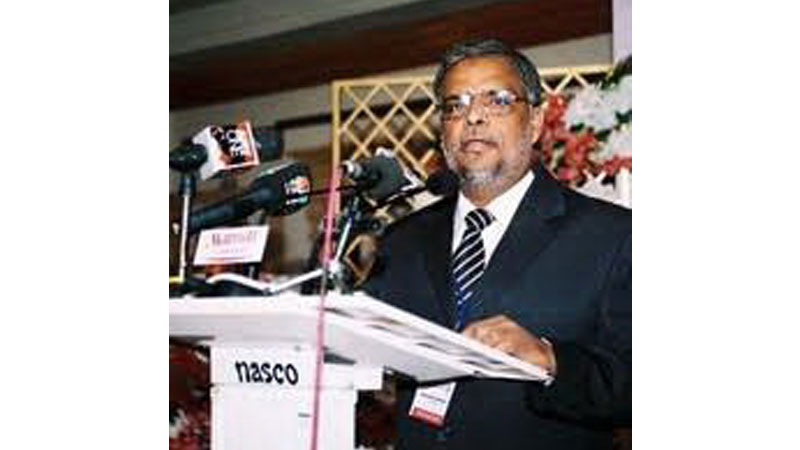 “A good book is a silent teacher with so much to discover, learn and benefit from.” Born on February 8, 1954 in Lyari that needs no introduction as terror-stricken and less-privileged, schooling, blossoming and matriculating from Lyari in 1970, studying and passing Intermediate from the common man’s reputed National College, Karachi and qualifying with Master of Science in Geology from the luminaries known Karachi University, a humbly quiet Masood Abdali’s vocal role speaks for itself.

Masood Abdali – Houston, Texas, started career as a Trainee Geologist and have worked in Gulf of Mexico, Southern Texas, Louisiana, Offshore Malaysia, Papua New Guinea and Pakistan. He served as Area Manager for Afghanistan, Pakistan and Tajikistan. He organized first ever Oil Show in Pakistan. Former, Country Manager and business development manager of Weather ford, he has a rich literary and journalistic background.

Besides his illustrious literary background home and abroad, he is quoted in “Arab News”as an energy prodigy saying Pakistan will not be immediately affected by an OPEC+ deal to cut production amid corona virus, as it is on lockdown and demand has decreased by 70 percent or so. “I don’t think the production cut would have any major impact on prices because at this point the market is oversupplied with around 40-50 million barrels and unless this stock is utilized no major price fluctuation is expected,” said Masood Abdali, a Texas-based energy expert and former business development manager, Weatherford in Saudi Arabia and Bahrain.”

From adolescence amid positive thinking: a fantastic flair and knack for books and newspapers, an accurate eye and an astute sense of informal psycho-social analysis, a glorious gift of the gab promoting his company’s oil excellence as a geologist, Masood Abdali started stealing the literary and professional limelight slowly but surely.

When Masood Abdali matriculated, there were two lines of life clicking for him like passion and professionalism. Passionately he was quietly vying to become a writer, rather a journalist. Professionally, he qualified, specialized and landed himself in the wonderful world of Geology, being sought by renowned oil companies, officially touring the world on oil exploration trips and learning about different and exciting people and places.

If there is a will there is a way, believed Masood Abdali. For his journalistic wish, he was somehow destined to the encouragement, guidance and help of the ever-altruistic Salahuddin Saheb of Daily “Jasarat” who assigned, corrected and published young Masood Abdali’s reports and articles. Moreover, his thirst for books was quenched by the then lending library offering for an ana a book and for four anas four books for the entire family to benefit from. As his father was a poet, home “mushairas” added more spice to his literary taste.

Upon inquiry as to why he has not thought of writing a book despite publishing so much in media and in spite of being an avid book reader, Masood Abdali thought that writing a book needs more research and more time whereas a news report may be generalized in no or little time. Reading books make us more disciplined and patient as unclear queries may be resolved somewhere in the chapters to follow whereas media need instant answers in rush, panic and spoil the spirit of a report or the essence of an interview. He termed a good book as a “silent teacher” with so much to learn and benefit from.

A couple of revelations Masood Abdali makes about our fellow Pakistanis with his wide and varied international travels and experiences: First, he has learnt and confesses a student of a good engineering college in Pakistan is no less in class, calibre and credibility than a student of a branded engineering university in the US, the only difference is that a Pakistani student seldom owns an idea or proposal for the fear of being rejected whereas an American student owns an idea to be accepted at least as proposal if not implemented in practice.

Secondly, according to Masood Abdali, no media, no leader, no scholar, no youth or nobody anywhere in the world except our beloved Pakistan and our dear Pakistanis, blindly criticize, curse and abuse their country and its people. Constructive criticism is fine so long we do not make a mockery of each other and rip individuals and institutions apart through leg-pulling, mud-slinging and back stabbing to a helpless point of no return as social and economic development comes to a standstill. Our salvation lies in realizing and prioritizing the importance of gracefully and mutually co-existing with conflicting views and clashing interests. The earlier the better.

The writer is a freelancer and can be reached at parvezjamil@hotmail.com