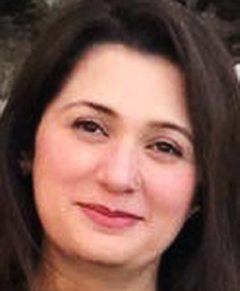 The menace of COVID – 19 is threatening not only the lives and economic well being of people but placing the academic careers of the generation currently enrolled in educational institutes in a case of classical jeopardy. The challenge of this strain of virus is unprecedented in modern times. The vaccine for COVID – 19 may take considerable time to pass the clinical trial stage and be available for the public. While debates are erupting over the source and conspiracy theories abound what is a fact is that universities, colleges and schools have shut down and the academic routine is severely disrupted with students likely to loose academic time. As reported in Forbes educational centers with a strong online presence coupled with an established digital connectivity and usage base, access and connectivity of students to devices, faculty and university administration trained in information technology are robust enough to enable promotion of students to the next level. Unreliable attendance pattern and dissimilar video online applications need to be worked upon and developed in harmony to dispel any paradox. The situation into which the academic and teaching group have been thrust is unwanted, unforeseen and fraught with disastrous consequences unless diplomatically dealt with and at the same time is unlikely to be managed through an emergency or band aid approach .The existential threat of a pandemic and a looming economic meltdown broods ill for the mental health and outlook of vulnerable students and they require emotional, technological support, reassurance and counseling during these arduous times.

Reportedly the state run television has arisen from its slumber and plans to launch a channel to broadcast programmes for schools daily emboldened by a web portal and app feedback support system. The same scheme could have been piloted from postgraduate level downwards with more assured chances of success. How it plans to address the lack of computers and internet facilities available with that considerable segment of society and what was the selection criteria of the digital service providers is anyone’s guess but the mandarins in the education ministry would hopefully have a concrete action plan in place before rolling out such a academic scheme at national level and that too assuming that the provincial education authorities are on board. The Higher Education Commission (HEC) of Pakistan has announced in the electronic media that standardized and uniform online systems of universities and colleges have to be developed.

At the end the phenomena of divisive digitalization has to overcome at the policy level, rising above our comfort zones and emerging from our complacent attitudes and at times regrettably smug demeanors

Some say with the advent of summer and rising temperatures the virus will die its natural death yet it may resurface in the coming winter so all scenarios and contingencies need to be catered to. Academic institutes can’t afford to be reopened in summer and locked down for long periods in winter. To skirt disruption in academic programs some universities have launched a full blown academic program and other academic institutes in the private sector have also commenced similar online teaching methodologies. Teething problems keep surfacing but are being surmounted and the faculty and staff are being conditioned and familiarizing themselves with online teaching techniques. To some extent the academic requirements are being handled from undergraduate to doctoral level. The issues that are expected to arise would be the disciplines requiring clinical component which usually entail a hands on and interactive environment and not a digital platform, however, that proverbial bridge will be crossed when the time comes. Telehealth practices are already in vogue in countries with an advanced healthcare system in place and to some extent that covers the clinical component aspect. The silver lining being that the crucial academic time of the students from graduation to PhD level is being saved. Recently HEC convened a meeting of VC’s of Universities to develop polices for keeping academic institutes functional with special emphasis on utilization of students precious academic semester during COVID-19 pandemic. Even if some universities in the West have not embarked on such a strategy Pakistani universities like Riphah International University have become trendsetters. Apparently the populations in the West have been afflicted the most with COVD-19 and perhaps they are still engrossed in responding to the rising cases or have mentally reconciled to a shutdown of all educational activities including losing out on an academic semester. The Western economies have the economic muscle to weather out the pandemic till the years end. In Pakistan the faculty and students are confined to their homes hence maximum utilization of this time can be made in a productive manner across nearly all academic disciplines. The research aspect of academics can be considerably strengthened in tandem with the concept of public health advancement. In Pakistan digital initiatives are sadly restricted to the private sector and the public sector universities have not taken up the cudgel especially as most universities are in the provincial domain.

In the Constitution of Pakistan the right of every child to universal education is considered as sacred which now necessarily includes availability of sufficient bandwidth at affordable costs even if the state subsidizes it or compels the telecom operators to slash their profit margins during this era of turmoil. At the end the phenomena of divisive digitalization has to be overcome at the policy level, rising above our comfort zones and emerging from our complacent attitudes and at times regrettably smug demeanors. The desirable response to the Corona crisis is investment in digital technology in the areas of rehabilitation especially providing e health through encouragement of telepractise in communication disorders keeping ethical considerations foremost. Such initiatives should emanate from the public sector so that development is not retarded nor takes a back seat in our country. Any fiscal conservatism in this regard needs to be shunned and research and development in digitally based public health encouraged to be prepared in the eventuality of and to ward off future pandemics.