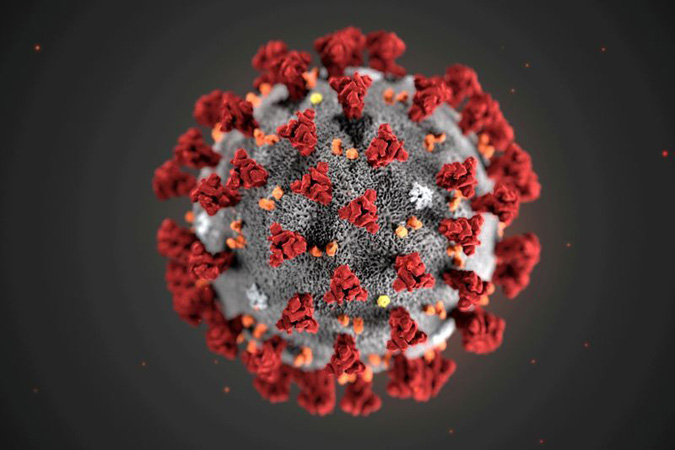 Pandemic Covid-19 was initially named novel coronavirus. Coronavirus existed previously while the virus spread from Wuhan city of China was a new of its type; hence, the word novel was added until the World Health Organization (WHO) named it Covid-19. At the time of its outbreak in China, the Chinese government requested WHO to declare international medical emergency but the request was turned down and acceded afterwards was perhaps little late.

Whatever the source of its origin is, does not have as much importance for a public at this juncture of worldwide overwhelming panic, disruption, scarcity of essential daily consumables and medical resources, losses to macro and micro economies, and losses of lives but the important is how to come out of this devastating situation. Scientists/researchers have been putting forth their efforts to come up with an authentic vaccine as cure of COVID-19 patients yet a long way to go. Until then it will be too late to control the gigantic damage as the virus is not wasting time in multiplying.

China being the first affectee of the COVID-19 as well as overcoming country in the world has provided roadmap for the world to effectively combat the virus. Hence, allow me to share my experience in China during the Pandemic COVID-19. It was the time when travel of Chinese people was at its peak at national and International level due to their biggest annual event “Spring Festival” and a novel Coronavirus was diagnosed in inhabitants of Wuhan city of China. Till the time, it was defined that a considerable number of patients visiting doctors with the symptoms of fever, flu, body ache and breathing issues are basically Coronavirus patients until then hundreds of thousands of people had already travelled within the Wuhan city and from Wuhan to other cities of China as well as to different countries. No one knew what was going on behind the scene, hence a massive social networking and interaction on the eve of Spring Festival was indirectly catering to be Coron’s festival.

Suddenly, figure of infected people jumped to thousands in Wuhan city, there was panic in public, thousands of people immediately left Wuhan carrying Coronavirus to other cities. This was the time when Chinese government and public switched over to work together like a magician. In order to combat Coronavirus, Chinese government announced to construct a new hospital of one thousand beds that was completed in a record time of ten days in Wuhan city and several other makeshift hospitals were made over there. Simultaneously, Wuhan city being epicenter of COVID-19 was locked down. During this episode I had conversation with a Pakistani student living in locked down zone. According to him, all students were being provided with grocery/food items and they were given emergency numbers to contact. Upon contact, medicine, masks or any other essentials were being provided to students. He was pretty satisfied with the care and services extended by the local management.

Medical teams and volunteers knocked each door of Wuhan city to check if there was an infected person. Doctors, paramedics, nursing and technical staff went massively overburdened. They worked continuously for long hours wearing adult diapers because of being packed with Personal Protection Kits. They were not allowed to stay at their homes; therefore, their stay was arranged in specified hotels. Despite such a challenging situation, their moral was high and they dispensed their duties with dedication and sense of responsibility.

Outside Wuhan city, foreigners realizing panic in China and finding window in their home country rushed towards their countries. Similarly, around two hundred Pakistani travelled to Urumqi airport from different areas of China and they were stuck at airport as flights for Pakistan were cancelled. They recorded videos and shared on social media to record their protest for putting pressure on Government of Pakistan. Afterwards, they were provided with suitable facilities and were quarantined over there envisaging filtered out entrants in Pakistan and to elude further panic in China. Countrywide, Chinese authorities’ deployed mobile hospitals and paramedics/ technical teams on highways at exit, entry and toll plaza points to stop all vehicles for check-up of passengers as well as to educate them for measures.

Most interesting part of the strategies of Chinese government and their implementation was that at the same time, same procedure was being adopted in all buildings of the country whether it was super store, residential building or office building. The government, realizing increasing stress among people, organized online sessions of Psychologists to keep people mentally stable. Online exercise sessions were introduced. Schools started their online classes/homework for their students. Online shopping occupied the space and e-commerce went at record level during the epidemic.

To sum up, certain steps taken by China are worth mentioning in dealing with the epidemic. Chinese authorities not only combated COVID-19 by lock down of affected areas, proper training to all relevant professionals combating the virus, carrying out of maximum tests, arrangements of desired medical facilities, provision of proper kits for all professionals, uniting the nation, fumigating the space from one corner to other and stipulating awareness among people for contributing by social distancing, usage of masks, washing hands frequently. But also they walked parallel to engage diplomatic fronts and media to reduce panic. They timely decided for maximum utilization of technology to fill the vacuum created in different fronts of affairs and they ensured their success by achieving record level of e-commerce during the epidemic. Educational Institutes engaged their students through online lectures, homework and assignments.

China being first country to deal with the Pandemic COVID-19, endeavored to explore approaches. They tested, tried these approaches, moved forward and succeeded. Now it is turn of rest of the world to adhere to successfully tested and tried approaches of China and simultaneously, to envisage further effective approaches for defeating the deadly virus as it never allows states to wait and watch.