Abnormal circumstances expose the best and the worst not only in individuals but also in the institutions. Coronavirus has also highlighted the critical role of police in the combat against the contagion. Along with doctors, police personnel are at the forefronts of the fight against the insidious enemy out to rob us of our lives. The vital role being played by the police duly deserves thumbs up from civil society and polity. However, coronavirus has impeccably exposed institutional weaknesses and operational handicaps afflicting our police due to exogenous factors flowing from broken system. When it comes to police in Pakistan, our views and vibes are often infected by virus of subjectivity, contempt and stereotypes that disallow us from objective diagnosis of what actually is wrong with the institution. Generally, the Pakistani Police is characterized by highhandedness, extra judicial killings, custodial torture, illegal detentions and corruption.

The contagious public health threat has saddled the police with the role of ‘medical policing’ to ensure isolation, quarantine and lockdowns with inadequate or no protective gears.

Undeniably, there is a great amount of truth in the unenviable characteristics, but it is only a half truth. Confusing effects with root causes, disable us from seeing the whole truth necessary to take corrective measures. Going by general perception of police, it is not only the most demonized but also most misunderstood institution in the country. Let’s carry out some reality check for general enlightenment and shaking the concerned quarters out of indifference to the problems of policing in Pakistan. Obsession with ‘what’ often blinds us to more critical question of ‘why’. Let’s put aside ‘what’ blinkers to find out ‘why’ police are corrupt, unresponsive, unprofessional, politicised and highhanded.

First, the issue of the pervasive corruption from top to bottom. 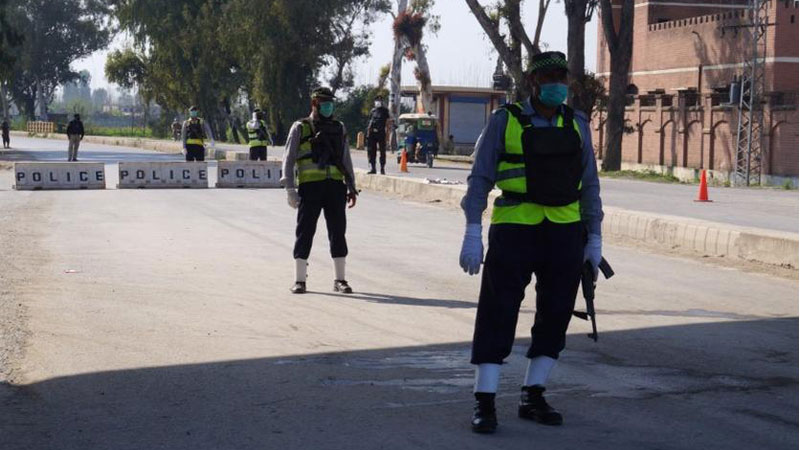 Police are no more or less corrupt than other state organs in the country. The curse of corruption plaguing our police, is primarily caused by the exogenous factors emanating from our dysfunctional system. The police are only a small part of the ailing system, not the whole. It cannot be made corruption-free without cleansing of the corrupt system that neither incentives honesty by offering handsome remuneration nor ensures rule of law as a deterrence against the pathologically venal elements in the force. Certainty of accountability and financial security works in tandem to curb corruption. Human nature has to be molded and controlled through the institutionalized joint mechanism of reward for financial uprightness and fear of punishment for disregard for financial probity. An average individual is neither corrupt nor honest by default. It all depends on what is encouraged by the socioeconomic and political ecosystem. Policeman in the West are less susceptible to corrupt practices, not because they are genetically incorruptible. Actually, they operate in such a system that cultivates, values, rewards and safeguards honesty by the combo of incentivization and accountability. In our own country, armed forces exemplify such a successful mechanism. In addition to handsome pay packages, the institution maintains an elaborate social security net in form of hospitals, schools, universities, clubs, subsidized travel, plot schemes, housing schemes and grocery stores. In sum, the cradle-to-grave welfare system inoculates its members against the virus of corruption. In contrast, what to speak of the luxury of subsidized plot, an upright police official especially below the rank of the DSP, is financially doomed if they have to face any medical emergency of own person or dependents. What to talk of the conditions in the provinces, just a short walk around Islamabad in the evening, reveals a sorry sight of dozens of poor policemen waving at passing vehicles for a lift due to lack of any pick-and-drop service for the rank and file.

Second, our police are largely unresponsive, unprofessional and inefficient. True enough. The 2019-20 monetary allocations for police, are around Rs 288.5 billion (Punjab Rs 115 billion, Sindh 98.5 billion, KP Rs 47 billion, and Balochistan 28 billion). On average, $200 is spent on police in the developed countries compared to paltry $09 in Pakistan. Thus, rationality demands that we cannot expect more of the less we spend on our police. Moreover, our police suffers from what I term as ‘institutional overstretch’. It is one of the most understaffed, the most overworked and overstretched public organizations in Pakistan. In total, there are 391,364 police personnel (Punjab 213,000, Sindh 128,000, KP 72,000, and Balochistan 38,000) with gender imbalance reflected by low number of only 5,731 policewomen. As recommended by the UN, police-population ratio is supposed to be at 222 policemen for 10,000 people. Compared to low Pakistani ratio of 150:100000, the higher police-public ratio even in European states (Romania 243, Portugal 449 137, Cyprus 585, Austria 326) with tiny population, is quite instructive. The maintenance of law and crime investigation is the only core functions of police in letter and spirit. Here, it is obliged to perform the diverse duties that the police is neither trained for nor mandated to do .The institution has to emerge as the first responder in case of fire ,drowning incident, road accident, suicides, sudden death ,natural disasters, drugs control and protest in addition to VIP protocol and escort duties.

Third, police highhandedness and human rights violations are another problem that cannot be understood in isolation from the nature of our state. The civil-military institutions inherited by Pakistan, are legacy of British imperialism in India. The East India company, the architect of British colonialism in sub-continent, laid foundation of the institutions that were created for perpetuation of British rule and resource extraction-not for public service. Thus, the institutions we have inherited, were genetically programmed to rule and control locals, not to serve natives and uphold their fundamental rights to which only free citizens are entitled not subjects. Arbitrary use of force, highhandedness, coercion, torture, incarcerations, oppression were the imperial ways woven into the very fabric of our state born out of the womb of British imperialism. So, there is the fundamental defect in the DNA of our state oriented to protect the rich and powerful and prey upon the poor and powerless. An elitist state cares for the rulers not the ruled.

Fourth, our police are highly politicized. The problem is an ill-effect of our medieval political culture based on patronage, political vendetta and loyalty that necessitates control of power levers needed to reward the supporters and repress opponents. Any ruling parties in the center or the provinces mostly prefer pliant police officials ready to dance to political tunes of their political benefactors who ensures postings of loyal and partisan police (with some honourable exceptions) officers at the district, division and provincial levels. Apart from political pressures, the interference of other not-to-be named powerful institutions also compromises the operational autonomy and impartiality of police. The professional and upright police officers who dare to defy such pressures, are shunted aside and replaced with black sheep. Radical reformation in political culture is an indispensable prerequisite to ensure that police are neither used for victimization nor victimized if they try to go by the book.

Arguably, an underpaid, under-resourced, understaffed, untrained, overstretched and demoralized force of a state with colonial genes, cannot rationally be expected to be professional, considerate to human rights and conscious of public service. In sum, the police cannot be effectively reformed without changing the DNA of Pakistani state running on the software installed by a ruthless and exploitative corporate entity-The East India Company. The DNA of any state resides in its laws, rule and regulations that need to be purged of the anti-public colonial venom and replaced with benign genes of a modern welfare state.

In conclusion, the coronavirus has confronted us with neo-wars characterized by non-military threats like pandemics, epidemics and climate change. Policemen have emerged as the neo soldiers of the neo-wars which are far more complex and deadlier than the traditional wars. The contagious public health threat has saddled the police with the role of ‘medical policing’ to ensure isolation, quarantine and lockdowns with inadequate or no protective gears. In the face of the non-traditional threats like pandemics, epidemics and climate change-induced social unrest and upheavals, the police role has assumed greater vitality for maintaining not only state writ but also legitimacy.

The writer is a PhD scholar (IR) and TV Analyst