Coronavirus and secularism of India

Secular in nature and temperament are all pandemics, epidemics and calamities; they never spare anyone on the basis of religion. If someone thinks he is a Muslim and the virus of Covid-19 would not attack him, he is living in a fool’s paradise. Same is the case with Christians, Hindus, Sikhs, Buddhists and people following other religious philosophies. This pandemic would remain at arm’s length only from those who have a strong immunity system. But unfortunately, some of our Hindu brothers are not willing to accept this reality. They are holding Muslims and the Tablighi Jamaat responsible for spread of Covid-19 virus in India. 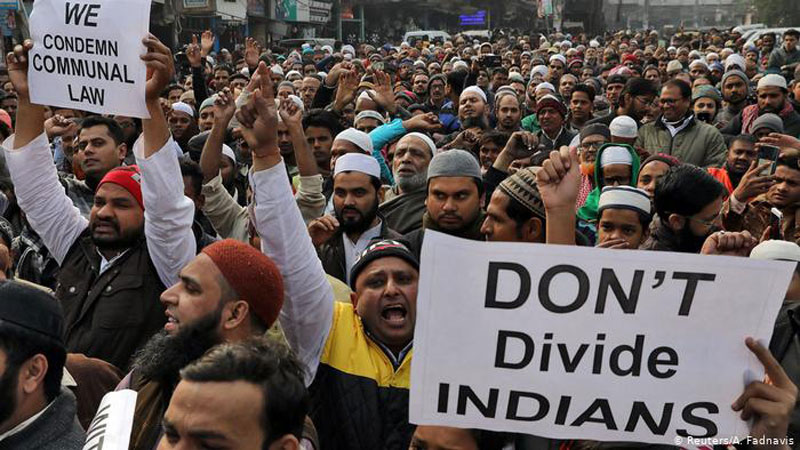 They are of that opinion because the Tablighi Jamaat held a large convention in mid-March in south Delhi. The convention was attended by about 8,000 people, including hundreds of foreigners. Some of the participants, allegedly, were carrying the virus, which was shifted to other participants. When the participants went back to their homes the virus also travelled with them. It is an interesting fact that the convention was organised after getting proper permission from the government. Now making that convention the “bone of contention” the Hindu extremists have made the lives of Muslims hell in India.

There have been reports that gangs of Hindu extremists are doing violent attacks on Muslim majority areas, blaming Muslims to be carriers of the coronavirus. These extremists are pressurising Muslim hawkers to stop selling their goods in the streets. In most of the villages where Muslims are in minority, young boys from the Hindu community have been posted at entry points so that they could stop any Muslim from entering the village. In short, the spread of the coronavirus pandemic has been linked with Muslims in India.

Aljazeera published an article written by Apoorvanand on 18th April, 2020. This article also points towards the injustice done to Muslims in India. It says, “The outbreak of COVID-19 in India has presented yet another opportunity to launch a fresh attack on the Muslim community. Physical, verbal and psychological warfare is being waged against Muslims, pushing further their ostracisation in Indian society.”

Dr Zafar-ul-Islam Khan, chairman of the Delhi Minorities Commission, expressing his serious concerns over maltreatment of Muslims in India said, “The whole focus is being directed only on Muslims. In the past few days, we have noted a new wave of attacks on Muslims across the country. There is talk of social boycott of Muslims, harassment of Muslims by Hindutva groups, and Muslims are even being harassed by police in various areas.”

Does the coronavirus really belong a particular religion? If it is the Tablighi Jamaat or Muslims who are the only source of spreading this virus in India then what about Spain, Italy, USA and UK? Could we hold responsible the same Tablighi Jamaat or Muslims for spreading this virus in those countries too? We see that in the period of one month, from 21st March 2020 to 21st April 2020, the total number of deaths because of Covid-19 in India was 603, and the confirmed cases during the same period were 18,985. Whereas in the US, in one-month period the total number of confirmed cases was 800,932 and total number of deaths was 43,006. While doing any analysis of the corona disaster it must also be kept in mind that the total population of US is 328.2 million with 3.45 million Muslims whereas the total population of India is 1.353 billion with 201 million Muslims. The loss US is bearing cannot be compared with the loss India is bearing; there is a hell of a difference, but the US never claimed and blamed that Muslims were responsible for such a severe loss.

It is simply the prejudice and narrow-mindedness of Hindu extremists that they are holding Muslims responsible for the worsening situation with reference to Covid-19. If this scenario remains the same, things would surely become more horrible for Muslims in India. The most condemnable role in this entire context has been that of the BJP leaders. Instead of advising people to remain united, they are spreading venomous hatred against Muslims.

A recent tweet of a local BJP leader Kapil Mishra is the worst example of this hatred. He said, “Tablighi Jamaat people have begun spitting on doctors and other health workers. It’s clear, their aim is to infect as many people as possible with coronavirus and kill them. They are ‘human bombs’ in the guise of coronavirus patients. They must be both hanged and shot.” Exploitation of a natural calamity in such a cruel way is one of the worst ever examples of selfishness.

Another important fact is that the BJP has deprived coronavirus of its secularity.

The writer writes is a columnist and an associate professor of English at Government College of Science, Multan