Our planet, us and Covid-19

Howsoever one looks at it, Covid-19 is unprecedented in living memory. A microscopic, non-living organism has battered every economy and humbled all the great powers. It has exposed man, with his awesome arsenals, supercomputers, interplanetary rockets, and sophisticated hospitals as weak and helpless. 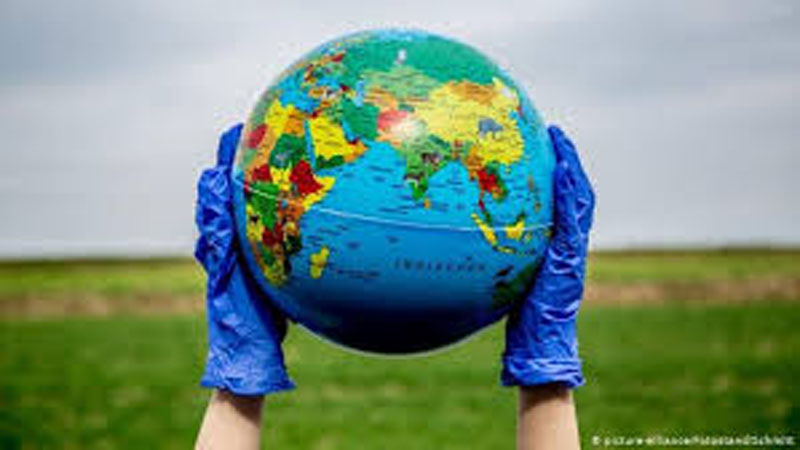 Before this coronavirus, all are equally vulnerable. Rich countries and poor tremble before it. It strikes believers and non-believers without discrimination. Muslim, Christian, Hindu, Buddhist, agnostic, atheist, the pious, and the blasphemous, none feels safe. The world’s sole and most fearsome superpower is cowering in confusion. Its most arrogant president has nowhere to hide, no target to bomb, except the World Health Organisation. Like a cat barking up the wrong tree.

The humble coronavirus has struck such terror into people’s hearts everywhere that quacks and charlatans of all denominations are having a field day, recommending all manner of cures, from cow urine to hot water gargles, from holy water to black seed, in addition to chants and prayers. Believers find some joy in the world’s collective misery, for it redeems their belief that there is a divine force infinitely more powerful than any superpower. He watches and, every now and then, punishes mankind for its sins.

Those of the opposite persuasion, which includes atheists, agnostics, humanists and freethinkers, feel vindicated that mankind’s collective and callous disregard for the world’s flora, fauna, land and environment is now coming back to haunt us, as they had repeatedly warned.

Call it what you will, divine power or the forces of nature, surely Covid-19 contains a serious message for mankind. And it is not out of the blue. Climatologists, environmentalists, naturalists, animal rights advocates and the like have long warned that our reckless and senseless depredation of nature will not be without dire consequences. We extract, consume, dispose and discard living and non-living matter from our planet with great brutality and as if there is no tomorrow. Be it the bowel of the earth or the deep sea, defenceless animal or pristine forest, meandering river, verdant valley or towering mountain, if there is a dollar to be made by exploiting it, we will ravage it.

Animals we kill not just for food and medicine, but also for their furs and skins to make branded coats, hats, purses, wallets, belts and shoes. Bears we keep alive in cages to extract their bile for our benefit. Sharks are thrown back into the ocean to die after chopping off their fins for soup.

One wishes there was some court somewhere, where mankind could be arraigned for its collective and individual crimes against other species and nature itself.

It is now almost certain that this latest coronavirus (Covid-19) originated in bats and passed to humans through another animal, perhaps the pangolin. The previous mutation of the coronavirus (SARS) had likewise jumped from bat to man through the civet cat. HIV and Ebola virus also made their transition from animal to human through our consumption of bushmeat.

We have treated some members of our own species only slightly better than animals. Rohingyas in Myanmar, Ahmadis in Pakistan and, increasingly, Muslims in India are treated as less than human. Not so long ago, we kept slaves. Why, even now the poor and the destitute are forced into lives of virtual slavery.

For those who are feeling pessimistic about the current situation, it was just about a hundred years ago that the influenza pandemic of 1919-20 killed between 50 and 100 million people, followed by the Great Depression a decade later, which caused mass poverty in the West.

It is fair to assume that these gloomy times will pass, nations will bounce back, and our legions of doomsday prophets will fall silent until the next catastrophe. But it cannot and should not be back to business as usual. If we don’t learn the right lessons from this and mend our ways, then indeed we are on the descent to doom. Something somewhere must give.

Our pursuit of higher and higher rates of growth and profit, gluttony and profligacy, and our endless armed conflicts are wreaking havoc on Mother Earth. The scourge of plastic, pollution of air, river and sea, deforestation, overfishing, relentless mining, and damming of rivers are slowly killing not just animals but us as well. We are biting the hand that feeds us.

Thanks to the humble coronavirus, Newton’s third law of physics, which says that to every action there is an equal and opposite reaction, seems to extend to biology. And also to climatology, judging by the increasing frequency of draughts, fires, landslides and floods.

Being no more than specks of dust before the overwhelming forces of nature, we are too weak to destroy the earth even if we keep trying for another ten thousand years. But through our callousness, lust, greed and profligacy we can make it unliveable for ourselves, not to mention our descendants.

There is no doubting the power and fury of nature. Increasingly, our life on earth has been nature versus man, in the sense that nature unleashes its destructive forces and we seek the wherewithal to protect ourselves from them, while using its resources for our sustenance.

But we may now actually be at a moment of reckoning. Our pursuit of self-aggrandisement at every level, personal and familial, village, town and country, and our treatment of the flora and fauna with reckless and cruel abandon must stop.

Despite our marvellous scientific and medical advances, nature is taking its revenge on us through more frequent draughts, floods, landslides, fires and epidemics. Warnings have been many, from nature, from scientists, and from good men and women, but our lust for the good life and material pleasure, and penchant for violence and war has made a mockery of their warnings.

Our life on the planet should not be a battle of nature versus man but one of mutual coexistence to the benefit of all. Unfortunately, we have distorted this relationship into one of hostility. There can be no doubt as to who would triumph in a war of man versus nature. Our haughty ways barely conceal the truth that we are an endangered species and in grave danger of working towards our own extinction.

The writer is a former academic with a doctorate in modern history. He can be reached at raziazmi@hotmail.com