Reforming the PFM system of Pakistan

Around the world, an implicit social contract ties the state and its citizens. This social contract involves a commonly far-reaching and widely inclusive arrangement of rights and commitments. The state bears the constitutional responsibility for not only safeguarding the fundamental rights but ensuring the well-being of its citizens as well. Through a two-dimensional methodology, at first, policies are formulated for achieving the primary objectives of the state, and then those policies have to traverse upon the bumpy road of implementation. 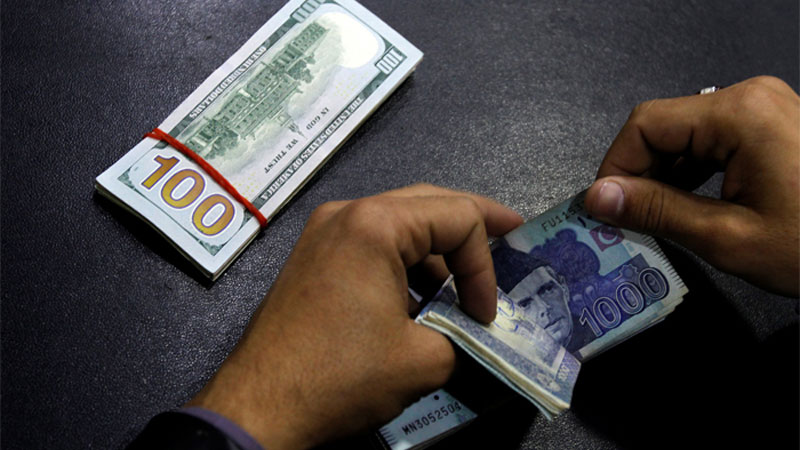 For accomplishing its objectives, the state organs require financial means, reflected in the budgetary distributions of governments. In a way, yearly budgetary plans represent the pith of the social contract. Financial policies and budgetary strategies of a state decide how it expects to generate income and spend it, broadly termed as public financial management (PFM). It is a blend of frameworks, laws, rules, and methodology for disposing of the said plans.

A PFM cycle includes six distinct stages that are policy, budget formulation, budget approval, budget execution, accounting, and external audit. As apparent from the terminology of each stage, all of these assume noteworthy roles in their respective places. PFM, without an iota of doubt, represents a fundamental attribute of the institutional structure for a serviceable public policy. A sound model is a broad thrust behind the achievement of a government’s plan for public fortune.

PFM’s capacity intends to collect revenue and manage the expenditure of the state. One of the primary sources of revenue generation for any government remains tax collection. In this context, progressive taxation policies provide a substantial contribution to achieving social equity. It is a system where low taxation rates are imposed on low-income groups and a more significant percentage of taxes are collected from the pockets of high-income groups. Progressive taxation regime plays a key role in minimising pay disparity and achieving income equality. The policy gets more beneficial if the revenue collected is utilised to support social safety nets and transfer payments for the welfare of the common citizenry.

Unfortunately, in Pakistan, the tax collection approach, practically speaking, is aberrant, regressive and generally backward. Therefore, it is significantly overwhelming the reason for social equity at the very outset. The substantial source of taxation revenue invariably comes from indirect taxation i.e. through sales tax, customs duties, and withholding taxes, which paints the abysmal picture of the sorry state of affairs. Tax evasion, under-invoicing, coupled with offshoring by wealthy tycoons and large corporations, is further killing the particular purpose. The poor governance and the epidemic of corruption have plagued the foundations of society.

In the last couple of years, the Federal Board of Revenue has fallen way behind its tax collection targets, which are primarily attributable to the fractured and exclusive system coupled with a lack of accountability and non-specialists occupying key positions. Resultantly, government has to rely on external interest-bearing loans and bailout packages, which not only impedes the autonomy in formulating economic policies but is also forcing the country under the vicious debt burden that has mounted up to 88 percent of the GDP (as of March 2020).

After revenue generation comes the key aspect of spending. The budgetary allocation and distribution of the collected revenue reflect the direction and key priorities of the government. An equitable and transparent framework ensures fiscal accountability and promotes public welfare stand out to serve as a benchmark in this regard. It ensures the delivery of equitable public services closely linked to poverty alleviation. However, the present PFM model that is being followed blatantly ignores budgetary allocations for the tasks and services guaranteeing social equity.

The defence budget eats up colossal amount state revenue while only meagre funds are allocated for upholding the fundamental rights of people enshrined in the Constitution of Pakistan 1973. That is primarily the apparent reason why the state of human rights in the country is deplorable.

Acemoglu and Robinson, in their book Why Nations Fail, uniquely characterise institutions into two distinct types: inclusive and extractive. They see the institutional supremacy as a benchmark of a nation’s progress. They have linked inclusive institutions with prosperity while extractive ones have been said to cause poverty. They spawn virtuous and vicious cycles, respectively.

The aforementioned characteristics and attributes of a sound PFM framework are fundamental for developing inclusive institutions. Unfortunately, the country’s existing framework supports extractive institutions and that is why it has massively dropped down to 120th rank in the Corruption Perception Index (CPI) 2020 released by the Transparency International. The pandemic of corruption and injustice continues to hamper collective national progress. The active mechanism for revenue generation and its subsequent spending are slanted and undoubtedly benefit the privileged few at the direct cost of larger public interest.

The social ills in the form of corruption, trade cartels, monopolies, barriers to entry, gender discrimination and nepotism perforate the social contract that links the state and its citizens

In the present scenario where the lockdown has further dented the country’s already crippling economy, a composite dialogue of the government with the concerned stakeholders over budget proposals and fiscal policy statements is imperative. These stakeholders typically include non-profit trade associations, financial regulators, industry regulators, international institutions, academia, media, and civil society. Through this meaningful debate, public opinion, aspirations, ground realities, and bottlenecks at the grassroot level will be conveyed to the concerned policymakers for consideration in the task of decision making, thus materialising the elusive dream of democratic administration in the country. It will strengthen the writ of state besides exploiting sustainable development, balanced growth, poverty mitigation, and gender equality.

Lateral hiring at key positions of incumbents with financial and economic expertise is the need of the hour. At present, unlike other countries, the public sector companies’ model is egregiously failing in Pakistan as the key resources deputed to handle the finances of large public sector projects are mostly non-technically equipped civil servants. Most of them are simple graduates in an arts discipline and lack the technical competency about handling public finance. Professional bodies have been actively demanding civil service reforms to allow lateral hiring of professionals, such as chartered accountants, cost management accountants, and ACCAs/FCCAs who have the requisite knowledge, skills, professional guidance and expertise to efficiently handle public sector projects.

Though the recent agreement signing between the Auditor General of Pakistan and Professional Accounting Bodies ACCA-UK and ICMA-Pakistan is signalling towards recruitment of more specialists in the public sector autonomous bodies at entry level. But unless we hire professionals at decision making management level, which is mostly occupied by non-specialists, the governance woes will continue to linger on.

It is unfortunate that owing to the fractured performance management system in public sector entries, professionals hired at entry level will take another fifteen to twenty years to get promoted to a senior level position where they can make technical decisions based on their expertise. That too is highly uncertain as most of the technical positions are awarded to incumbents of civil services. Policies makers need to realise that technical hiring at senior levels is the only way out of the mismanagement and governance issues in handling public finances.

The social ills in the form of corruption, trade cartels, monopolies, barriers to entry, gender discrimination and nepotism perforate the social contract that links the state and its citizens. Such a detachment promotes a highly pernicious estrangement to the national cause. Extremism and terrorism are also perceived to be its offshoots. Efforts for bringing gender parity, vigorous competition, accountability, improving ease of doing business and merit-oriented opportunities are required as an ultimate plan of action. PFM, traditionally, occupies the essential core of a state’s governance system; reforming the PFM model is an excellent starting point for these concerted efforts. It demands political will, a holistic approach, institutional capacity, and coordinated arrangements by all the organs of state.

The writer is a chartered accountant and a specialist in global democratic affairs, education, economy, taxation and governance. He can be reached out at arsyed09@gmail.com and on Twitter @SyedAbd90588948