Coronavirus and plight of Indian Muslims 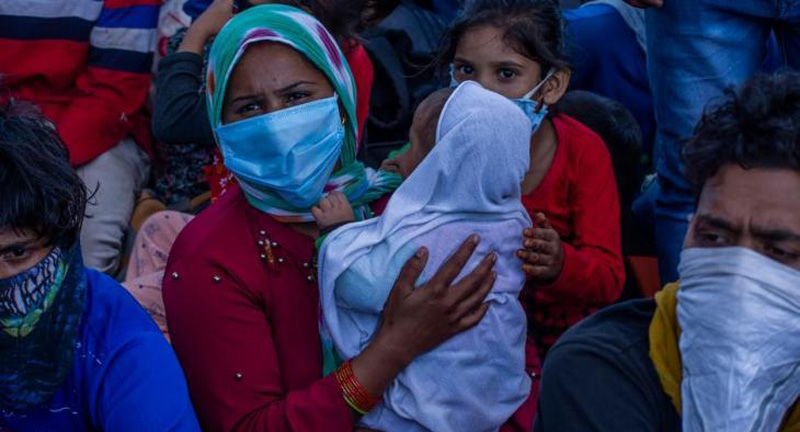 Coronavirus pandemic has shaken the whole world. Amid a worldwide lockdown, people are terrified in countries where coronavirus mortality rate is high. People in countries who have reported fewer deaths so far are also in distress. In countries like Pakistan where a huge population is living below the poverty line, the pandemic is expected to wreak havoc due to limited financial resources and inadequate healthcare infrastructure.

India is a big country in this region in terms of population. According to latest estimates, around 60 per cent of its population, or an estimated 812 million people, are living below the poverty line. As of now, around 19,000 cases of coronavirus have been confirmed in India, with 603 deaths reported so far.

However, the nationalist government of Bharatiya Janata Party and other extremist Hindu organizations are sparing no effort to use this crisis as an excuse to marginalize the Muslim community.

A spree of anti-Muslim attacks broke out across India soon after the BJP-led government blamed Tablighi Jamaat as being responsible for a large share of India’s coronavirus cases. Besides closure of several madaris, Muslims have been beaten up, nearly lynched, made to run out of their neighborhoods or attacked in mosques and branded as virus spreaders by the extremist Hindus. Doctors in several regions of India are reportedly refusing to treat Muslims, and in Ahmadabad, separate wards have been set up for Hindu and Muslim patients.

The world may not have witnessed such a discrimination in the name of religion before. In India, no other group has been demonized more than the country’s 200 million Muslims, a minority in a Hindu-dominated land of 1.3 billion people. The virus does not care about religious or national differences. Moreover, in a country where hundreds of thousands of homeless people are forced to spend their lives under the open sky, police cruelly beating the lockdown violators will not help resolve the matter.

Another interesting question is that whether Muslims or the Tablighi Jamaat are the only religious group to ‘violate’ social distancing norms during the coronavirus outbreak in India. Several Hindu temples like Siddhivinayak and Mahakaleshwar were not closed even until March 16. Shirdi Saibaba Mandir and Shani Shingnapur Temple were closed only on March 17, Vaishno Devi on March 18, and Kashi Vishwanath Temple was operating without any preventive measures until March 20 – a day after Prime Minister Narendra Modi addressed the nation and called for adopting ‘social distancing’.

New Delhi regime needs to realise that the solution to the crisis will not come through pursuit of divisive agendas and communal disharmony but through scientific endeavours, communal harmony and national solidarity.