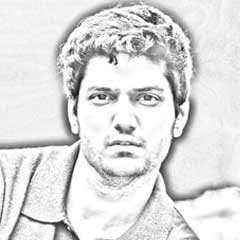 The Perils of Misreporting COVID-19

The Chinese government remained mum about COVID-19 long before its outbreak and it appears as if the governing bodies around the world are likely misreporting cases of the lethal virus. At least 43,000 asymptomatic civilians in China tested positive for coronavirus and were excluded from the official count of 80,000 cases, South China Morning Post reported on March 22.

“The world currently stands at more than 2 million diagnosed carriers of the disease with estimated 126,000 deaths.”

The United States, which is now the epicenter of the disease, has paid no heed to the number of positive cases that have surged in at least 2,300 nursing homes with 3,000 casualties. USA Today found that many states refused to provide substantial data that monitored the prevalence of COVID-19 in nursing homes while other state officials went silent on the issue. Some could not differentiate between the staff and residents who had contracted the illness. Nursing homes in the United States have nearly 1.3 million active residents, according to the Centers for Disease Control and Prevention. Since the rate of incidence of this disease is higher in ageing adults, it is important for countries to include nursing facilities in their approved tallies.

Italy has also been unsuccessful in including nursing homes in its count for coronavirus while the United Kingdom only considers patients who have tested positive and succumbed to the virus in hospitals in its official statistics.

Russia continues to witness a spike in cases but the government is seemingly misreporting actual figures. The Head of Russia’s Doctor’s Alliance, Dr. Anastasia Vasilyeva said in a sweeping statement that “the authorities are lying to us.” Russia also saw a gradual increase in pneumonia cases in January this year as compared to the statistics of 2019. The difference of nearly 1,900 plus cases this year is alarming, to say the least. Dr. Anastasia also drew a strong correlation between the sudden increase in pneumonia patients and coronavirus.

For her criticism directed at the Russian government’s response to the pandemic, Dr. Anastasia was apprehended earlier this month by the authorities. She was reportedly dragged by the police officers and flogged in the abdomen until she passed out.

So far, Pakistan has tallied 6,879 coronavirus cases across Punjab, Khyber Pakhtunkhwa, Sindh, Baluchistan, Gilgit Baltistan, Islamabad and Azad Jammu Kashmir. However, the government has failed to consider many more infected locals residing in remote areas in its count. The figures are largely unreported for civilians who have lost their battle to the virus at homes. Health experts have given conflicting accounts of casualties and COVID-19 cases, creating statistical discrepancy in the numbers that the media is reporting to the public.

Dr. Seemi Jamali of Jinnah Post-graduate Medical Center, Karachi revealed some significant insights about the disease in an interview with ARY News. ‘Private hospitals in Pakistan are not accommodating patients and their OPDs are closed. Public sector hospitals are the only ones accepting patients. Comorbid patients may not be receiving their due treatment because of the prevailing circumstances. They may be immune compromised or hypertensive,” she says.

“Unless patients are not diagnosed properly with testing, one cannot say they are victims of COVID-19. We will enhance our testing capacity in the coming days and figure out what the reality is. We don’t know what our exact numbers are right now.” Dr. Seemi adds.

Pakistan is not administering sufficient tests that can diagnose potential carriers of COVID-19. Punjab has an estimated population of 110 million and so far only 17,069 coronavirus tests have been administered in the first week of April, according to the Health Minister of Punjab, Dr. Yasmin Rashid. Sindh has managed to test 7,504 people out of 50 million. Baluchistan conducted 2,171 tests out of 13 million while Khyber Pakhtunkhwa has conducted merely 1,938 tests in a population of 36 million, faring the lowest among all other provinces.

The lack of testing, overwhelming number of COVID-19 patients in hospitals and the government’s failure to measure data holistically would only escalate the pandemic.