As per details, Karachi Commissioner Iftikhar Ali Shallwani had announced that ration would be distributed among the people from Friday, but people and media kept waiting for the distribution. Before this Chief Minister Sindh had announced to launch an online portal and an application named Sindh Relief Initiative Application but couldn’t launch it due to shortage of time but it’s in process.

The Sindh government also announced to work along with the non-profit organisations, to deliver food and necessary items to people at their homes but what became of that no one knows. Earlier on March 26, Chief Minister Sindh Syed Murad Ali Shah had released Rs 580 million from which a sum of Rs 20 million would be issued to every district of the province and ration would be distributed under supervision of DCs. After reservation of DC’s that amount is too less as per population in district, Government could not continue it.

On other hand Sindh government had been in contact with the federal authorities for the data sharing for doing the relief work in a speedy manner as in this regard negotiations had been done with the PM’s special assistant on poverty alleviation. While talking about delayed Sindh Energy Minister who is also Sindh Government’s Relief Committee Chairman, Imtiaz Ahmed Shaikh said that it took time to devise strategy because we had to collect the data of truly deserving people, “We have started distribution from Korangi, East and West District,” he added.

When Daily Times contacted Kornagi DC’s office, official denied that no distribution from Government level has been made yet and no one could confirm from distribution in District East and West. Ahmed told that Sindh government has distributed ration bags in different Union Councils of Lines Area, Karachi under supervision of Chairman District East in the late hours of Saturday night.

Shaikh informed in a statement that each ration contains essential commodities worth more than Rs3,000 which are being distributed in the early morning and late-night hours. Imtiaz Ahmed Shaikh told that CM has increased ration funds up to Rs1.1 billion to assist deserving families adding that the amount would be divided among the districts of the province on the basis of their population, and the biggest share in this regard would be given to Karachi.

Sindh Chief Minister Syed Murad Ali Shah has ordered an immediate release of another instalment of Rs500 million from the provincial government’s Corona Emergency Relief Fund. Earlier the Sindh CM had released Rs200 million for the purpose. The minister hinted that ration and cash payments could be increased in case of another extension of lockdown.

“Only house to house distribution will be made.” He assured adding that the distribution would be made on an equitable basis focusing on the poorest union councils, needy or underprivileged segments of the society.

He told that the government was “making use of technology for disbursement data management and record-keeping”, he detailed that around two million people will be transferred cash through mobile applications up to Rs 3,000 in phases commencing from Monday. The provincial government is distributing ration bags for 170 persons to each union council, said Shaikh.

As per Sindh government statement there were around 10 million people or 1.4 million families in the province who work on daily wages, according to the census conducted in 2017, around 25% of those workers, are associated with the construction industry while 35pc are affiliated with textile or ancillary industries. All of them are registered with the Employees Old-Age Benefits Institution (EOBI). The remaining 40pc, who worked in the transport and cottage industries or in the small and medium-sized enterprises (SME) sectors, are not registered with EOBI or Sindh Employees Social Security Institution.

While Sindh Assembly legislator Nusrat Sehar Abbasi expressed her concerns over ration distribution as Sindh government took long time to make mechanism, “I am afraid that they will not do corruption in relief fund too”, adding that we can expect anything from them.

On other hand NGOs are on ground, among them, leading by the performance Saylani, Chhaipa, Edhi and JDC doing their effort to serve the people while sub-organizations of political parties Al-Khidmat, Khidmat-e-Khalq Foundation and Leaders of PTI are also active in helping people in their areas. 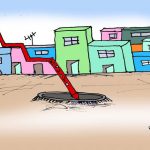 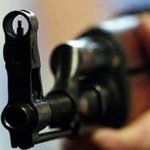 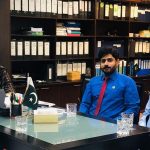 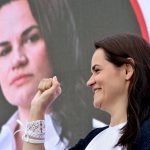