Coronavirus: denial, and the need of local governments

The world fights a war but with an invisible enemy. Surging death toll in Italy surpasses China’s rate of mortality. It is 48,000 in Italy till the scribing of this epistle but every day it goes up with the average rate of 400 deaths a day. Vernon Silver sharing the facts on ground in Italy bells an alarming bell for the countries like Pakistan, who, unfortunately, lack the proper basic health facilities. Pakistan spends less than Rs 13 billion on health a year and there was a chop in the fiscal year of 2019-2020 in the health budget to meet the federal government expenditures. And the result is just 2000 ventilators for the population of 197 million. 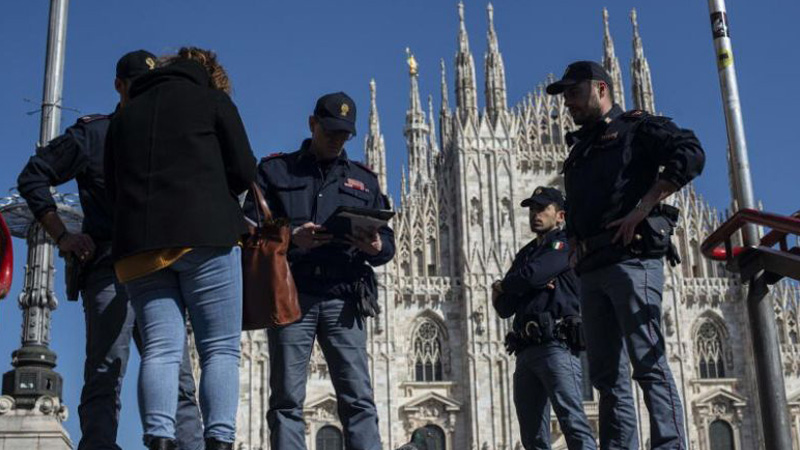 When you read the facts on ground of Italy, chronicled in Bloomberg magazine, a common Pakistani feels nowhere to survive the looming bleak days of the fantastic surge of the infected people. It will rise in Pakistan that’s for sure.

“About half of those known to be infected in Italy have no symptoms. But when symptoms appear, they do so quickly. About 9 % of known positive cases in Italy require intensive care, and the death rate hovers around 6.5 %. For those in their 80s, it’s 19%. Even for those of us in our 50s, it’s 1 %-odds that sound pretty lousy to me,” writes Vernon Silver.

Our government is in the state of denial only to pop up with the so-called ‘cluster theory’. Meanings we will follow the cluster of the infected people and surroundings and concentrate to curb it there. This, even to a lay man like me, seems quixotic reflecting the helplessness of our government. Moreover, the federal government looks in a mood to beat the Sindh provincial government on its ground by creating confusion among the people. The Sindh governor, the PTI stalwart, is against the partial lockdown policy of the Sindh government. Consequently, today, the people of Karachi shunned the appeal of the provincial government to remain in self-isolation for three days only. Whereas, 10 doctors of AbbasiShaheed Hospital of Karachi are reported to be infected with the novel corona virus. Our doctors are vulnerable, but the government again seems reluctant to provide them with the kit needed to protect our doctors who are exposed to the infected patients.

Interestingly, when people who mean a little on our mini screens, realize the folly they cry for their last resort. “Army is our most disciplined institution and it should come forward to protect us.” Who denies the capability of our only discipline institution, but will it be sensible to ask for jawans to leap in the war that is contagious? The need is to protect them from this invisible enemy. So, confusion prevails.

After going through the great devastation finally, Italy decided, the first democratic country since World War II, to impose a nationwide lockdown on March 10. But it was too late. Now, other developed countries are following the steps of Italy even the most adamant of all UK may go for lockdown. As the lockdown strategy has yielded results in China where the curve is flattening

Italy remained in state of denial but the bespectacled doctor, Massimo Galli, who is on the cusp of retirement, rose to the occasion to prove those people wrong who had erroneous strategies to rein the rate of infection. “Throughout history, denial has yielded to reality in stages – and usually too late”. After going through the great devastation finally, Italy decided, the first democratic country since World War II, to impose a nationwide lockdown on March 10. But it was too late. Now, other developed countries are following the steps of Italy even the most adamant of all UK may go for lockdown. As the lockdown strategy has yielded results in China where the curve is flattening.

Our federal government is lousy to follow the steps on the pretext of the suffering of our daily wagers. The concern is justified but it also exposes the flaws of not implementing the local government system in the country. Be it PPP, PMLN or now PTI were dragging their feet to implement the local government law in the country. The councilor of the ward would have taken care of the needy in the hours of nationwide lockdown. Since the councilors of the wards live in the proximity of common people. Bilawal’s last ditch effort to ask his MNAs and MPAs to go to their respective constituencies speaks of the realization of the folly of not implementing the law of the local governments.

Let’s admit the fact that we are incapable of fighting the ongoing war. The government as usual will not take the responsibility. Even our lethargic but greedy bureaucracy might be thinking of this as opportunity to mint money. We have such precedence in the earlier natural catastrophes of 2005 earthquake and 2010 devastating flood in the country.

Pakistan must come out of the state of denial and in the absence of the local governments face the challenge by bracing the local MPAs to look after the quarantine and the need of the common people especially the needs of our daily wagers. The money must be pooled, and people will also come forward to help the needy. But it must take the decision with a well thought out strategies to face the hydra.

All shouldn’t be on the shoulders of our civil bureaucracy as it has become the most inefficient body of the government for the well-known reasons. Let the elected people come forward since they have the capacity and they are accountable to people. Yes, there will be a misappropriation in the funds allocated but rest assured will be minimal as compared to the venality of our civil bureaucracy.