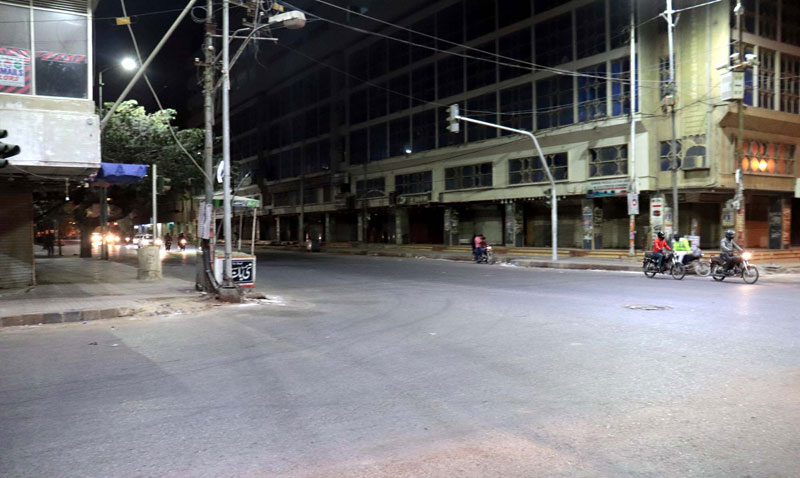 As coronavirus cases surged across country, provincial governments set out for a partial lockdown on Thursday to contain the outbreak of deadly virus.

Pakistan closed Wagah Border in order to prevent the spread of COVID-19 cases in the country. According to the notification issued by the interior ministry, the border will remain closed for two weeks.

The Punjab government on Thursday also banned all inter-provincial public transport heading towards Sindh as a precautionary measure to limit the spread of coronavirus. “In view of preventive measures to be adopted for containment of coronavirus, it has been decided to immediately stop all inter-provincial public transport heading towards Sindh in the larger public interest till further orders,” said a notification issued by Punjab Provincial Transport Authority. The entry of tourists and visitors to recreational spots including tourism in Murree and other places has been suspended while shopping malls will be closed at 10:00pm. Only general stores, pharmacies and factories will remain open.

In Khyber Pakhtunkhwa, the union council which reported the first death in Mardan district, was placed under lockdown by authorities for an indefinite period. “Whole of the union council is declared critical, hence complete lockdown of the Union Council Manga is ordered with immediate effect and there shall be no entry and exit,” said a notification issued by the office of the Deputy Commissioner Mardan.

Minister for Railways Sheikh Rashid said that government has decided to close down 12 trains from Sunday amid fear of coronavirus spread. Addressing a news conference on Thursday, he said 20 more trains will be closed from April 1 as a precautionary measure against the global pandemic. He said the government has completed all arrangements for reducing rush of passengers and improved cleanliness at Rawalpindi, Peshawar, Lahore and Karachi Railways stations. He said screening of all the passengers is also being ensured at the railways stations.

The ongoing anti-polio campaign was suspended in five districts of Khyber Pakhtunkhwa in the wake of the coronavirus pandemic on Thursday. According to KP Emergency Operations Centre coordinator, the campaign was scheduled from March 16 to 20. It has been learnt that polio drops could be administered to only to 1.188 million children. The anti-polio campaign was continuing in Charsadda, Mardan, Nowshera, Swabi and Mohmand Agency.

Since the emergence of the first coronavirus patient in late February, the Sindh government put in place preventive measures. Beginning with revising the academic year by preponing summer vacations, it then banned public gathering and set out to close down restaurants, gyms, social clubs etc. The government also closed down all wedding lawns and halls across the province.