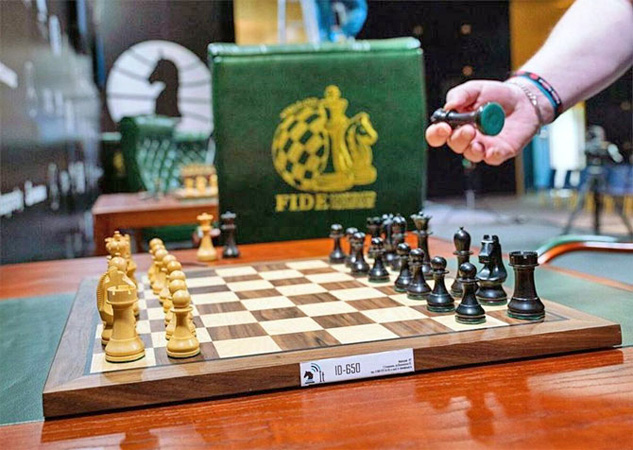 MOSCOW: Eight of the world’s best chess players began competing in an international tournament in Russia on Tuesday, but were told by organisers that handshakes would be optional because of the coronavirus that has halted most sports around the world. Known as the Candidates Tournament, the event, organised by the International Chess Federation (FIDE), brings together contenders vying for the chance to challenge defending world champion Magnus Carlsen of Norway for the world title. Organisers of the prestigious event, in which matches will run until April 3 in Yekaterinburg, a city 1,400 kilometres (885 miles) east of Moscow, are taking special measures to ensure players remain healthy.

In addition to barring spectators from the playing area, organisers have made traditional handshakes before and after matches optional. Small bottles of hand sanitizer have also been placed next to the chess boards. Russia has recorded 114 cases of coronavirus and the authorities have barred foreign nationals from entering the country until May in a bid to stop it spreading further. They are also screening Russians who have returned home from many foreign destinations and ordering them to remain in self-isolation for two weeks, even if they are not experiencing any symptoms. Russia has also banned sporting events, but FIDE has said its president Arkady Dvorkovich, a former Russian government official, had received assurances the tournament could go ahead. Some foreign chess players experienced logistical problems getting to the tournament given global travel restrictions that have been increasing daily.

American Fabiano Caruana, ranked second in the world, wrote on Twitter last week that his flight to Russia had been cancelled and that he would have to find an alternative. Anish Giri of the Netherlands said Caruana had wanted to greet him with a handshake when they bumped into each other in their hotel lobby in Yekaterinburg. What used to be a commonplace gesture, however, can now be perceived as a threat to coronavirus prevention measures. “He offered me a handshake,” Giri wrote on Twitter. “I understand we are competitors here, but one still expects some sportsmanship and common courtesy.”