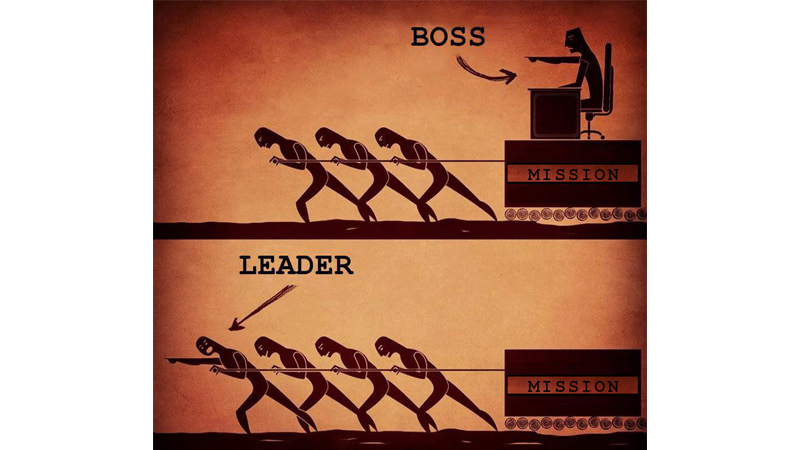 Boss is the single most hated creature at the corporate horizon for reasons that cannot even be counted. If I start writing the reasons I would probably run out of the pages because of variability of reasons. The reasons vary from personal liking/disliking to professional conduct and behaviour.

However, the fact is that bosses have been portrayed as so negative that even their sane actions are being taken as negative by the team members. This has not happened in a year but has been happening consistently since the concept of boss/team member relationship got introduced. There is no denying of the fact that bosses act authoritative, arrogant and create troubles for the team members however not all the bosses do the same and not every boss does this at every situation with every team member. This keeps on varying from situation to situation and team member to team member. The boss / team member relationship is one of the most important relationship after the blood relationships as not only the productivity and career of both but the profitability and success of organization depends on them to perform and if they aren’t aligned with each other then not only organization but their careers is bound to suffer.

In order to thrive in any role, it is important for the team members to understand the performance expectations of their bosses and at the same time it is important for the bosses to understand the capabilities, qualities and expectations of their team members. However this can only happen when both of them would be open and honest to each other and would have no set prejudices for each other in mind. Furthermore, they need to realize that success or failure of their roles and organization is dependent on the joint efforts and not individual one. Once they would have understanding about the fact that 1+1=11 then they would put their efforts in right direction with right spirit.

Since bosses do not born in any other universe and has always been the ones who have been in a reporting relationship or even after being becoming the boss maintain the same relationship with someone else hence it is always important for them to maintain an open communication channel within their team so that team members can share anything without having the fear of getting penalized.

Last but not the least, bosses aren’t evil spirits but are human beings and can have their highs and lows however by only following this simple rule, both the boss and team member can have a happy and positive working relationship

The writer is a human resource specialist and can be reached at asadpiracha@live.com. He Tweets at @asad_piracha