A few days ago, millions of people have watched the live show where well-known misogynist writer Khalil Ur Rehman and Marvi Sirmad exchanged very indecent and abusive words with each other. Khalil Ur Rehman’s abusive discussion and comments on women reflect the mind-set of our patriarchic society where women are being tortured, harassed and exploited on the basis of gender. It is very painful that the misogynists’ media is suppressing and squeezing the expression of outspoken women and thus this indicates our societal downfall and decline.

This ridiculous response from the drama writer has popped up again the debate of women’s right and their empowerment. Exploitation of women begins from the household where parents discriminate between their sons and daughters. Even a poor family tries to send their boys to private schools to get quality education and girls to government school or even no schools. Financially well-off families send their sons to schools established by elites and daughters to schools and colleges that are considered sub-standard in terms of quality. On one side this reflects the sub-standard thinking and approach of our society and colonial mind-set of male dominant community. On other side, in 21st century with an education revolution and expansion, it’s a dilemma that our society and system cannot provide equal opportunities to the women.

There are some facts that are appalling and seek the attention of the top leadership. The World Economic Forum (WEF) has ranked Pakistan 151 out of 153 countries with 56 percent gender gap on the Global Gender Gap Index report of 2020, compared to 112 out of 115 in 2006, which shows the widening of Gender gap parity. Moreover WEF placed Pakistan at 150th number in economic participation and opportunities, 143rd in educational attainment, 149th in health and survival and 93rd in political empowerment. Pakistan has certainly improved various indicators but economic participation and opportunities are still inadequate for femals following Yemen, war-torn Syria and Iraq.

Only one quarter of the women are working or looking for jobs compared with 85 percent of men in Pakistan. This shows either lack of job opportunities for female workers or lack of a favourable working environment. It is pertinent to highlight that the 5th objective of the Sustainable Development Goal (SDGs) is about abolishing all types of discrimination and violence against femaled coupled with ensuring women labor force participation

Despite constitutional protection, women are being exploited and discriminated against in all spheres of life. There exists a tangible gap between policies, their execution, their implementation and practice. We confidently say that a major factors for this gap is the enactment of laws and policies to tackle the problems of discrimination, lynching and violence against women at any level. Because of weak institutional setup, females avoid mobility, access to education, access to health facilities, lower decision making power and thus face a high rate of domestic violence. It is discouraging and disappointing that rural women face inequality at a higher rate than urban women. Women living in urban areas have better access to education, health, economic opportunities and relatively less violence. 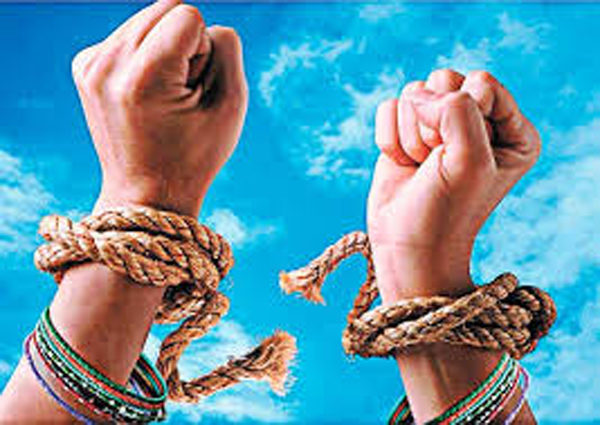 Many of the women do not get formal education due to early age marriage, male dominance, financial problems etc. According to United Nations, education is the basic right of every citizen. But females are deprived of basic education in Pakistan and thus, female’s literacy rate is very low. For instance less than half of women are literate compared with 71 percent of men whereas share of women enrollment is less than men across primary, secondary and tertiary education. Exceptional educated working women face the problems of male dominance, mental and sexual harassment at workplaces. Working women are not being provided the conducive environment where they can work without any fear and threat.

Moreover, it is ironic that Pakistani women are denied of their rights of inheritance in the name of religion through emotional, social and family pressure whereas Islam introduced the concept of women’s right in inheritance for the first time in human history.

The Constitution of Pakistan confirms the right of women in their inheritance and Section 498-A of Anti-Women Practice Act 2011 states that depriving women of property by fraudulent or illegal means shall be punished with imprisonment which may be extended to 10 years but not be less than five years or with a penalty of one million rupees or both. Thus our religion and constitution sanction women’s right in inheritance succession There is a need to educate society to change its structure and mindset of people to give equal rights to their daughters, sisters, mothers and wives.

Some feminists have organised Aurat Azadi March to protect the rights of women. Being a female, I don’t have any disagreement with this Aurat Azadi March if they march against domestic violence, child abuse, rape, lynching, exploitation and discrimination. If they march for equal opportunities for women, better education, health and job creation, then every woman will march with them. It’s very disappointing that they are using slogans and placards that are against the basic objectives of this march such as “Mera Jism, meri Marzi (My body, my choice)”, “Allow Alcohol for working women”, Agr dubatta itna pasand hai tu ankhon pe bandh lo”, Tumharay Baap ki road nai” etc. These shameful slogans have killed the narrative of Aurat Azadi March.

Women who are leading this march should mull over their slogans. This March should solely focus on the empowerment of women to enhance their share in socioeconomic development. This march should emphasise equal rights and opportunities for women, changes in our economic and social systems, and enforcement of inheritance rights. Unfortunately it has deviated from its core agenda and has become controversial.

The writer is assistant professor, institute of economics, University of Azad Jammu and Kashmir Muzaffarabad