Carpit Sahib — such bibliophiles are a rarity in these days 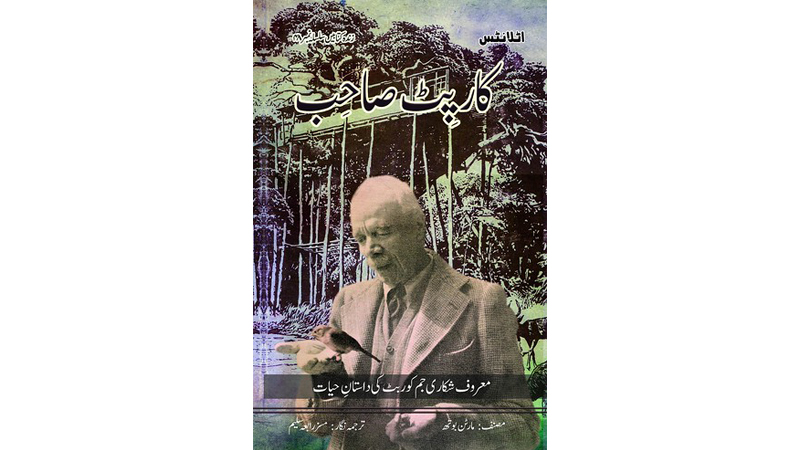 As we go through the biography of hunter and tracker Jim Corbett, one thing that immediately comes to mind is that he was not merely a hunter.

He was much more than that. Otherwise, his name would have been consigned to oblivion for good. A champion of the oppressed and desolate people, social worker, administrator, conservationist, naturalist and a lovable human being, Jim Corbett continues to draw attention. His books, which are considered to be best on hunting, are still avidly read and discussed by his admirers. Martin Booth states that when he thought of writing down a biography of legendary Jim Corbett he was a bit nervous about the venture. A dedicated follower of Jim Corbett and his writings, Martin Booth feared that his hero wouldn’t turn out to be the way he had been idealizing him. At times when you go near your heroes you find faults with them and your ideal image about your hero gets shattered to pieces. But Martin Booth explored the life and times of his hero and found him much more than a celebrated hunter. He wore many hats during his stay in India which was so close to his heart all his life. India, its people, especially the down trodden and the oppressed lot, and for whom he championed many a cause during his stay in India. To know more about the life and times of Jib Corbett, what you need is to grab ‘Carpit Sahib’ by Martin Booth which Rashid Ashraf, the moving spirit behind the excellent series ‘Zinda Kitabein’, deserves plenty of plaudits for making arrangements to re-print books of his choice at cheap rate. Rashid Ashraf is an engineer but he is a book lover to his fingertips. He has a lovely collection of old and rare books which he gets scanned and uploads for the benefits of the general readers. He also runs a website which boasts of countless rare pictures of many a literary and historical figure. Such bibliophiles are a rarity in these days.

According to novelist and poet Martin Booth, Jim Corbett was born in Nainital in 1875 in a village called Kala Dhangi

He is aided by Dr Pervaiz Haider and Wasim Raza who try to keep the price of the books within reach of all and sundry. So far they have been able re-print more than sixty books in the series. The Urdu translation of biography of Jim Corbett is also the result of their efforts. Rashid Ashraf is an engineer by profession and an out and out booklover. It was his idea to turn the book into Urdu and the onus of tedious job fell on Mrs Rabia Saleem. Mrs Rabia Saleem is a retired associate professor of Physics but after going through the book one can safely say that she is well entrenched in literature. She was entrusted to do the task which she accomplished with considerable success. She doesn’t seem to be a novice as not only does she remains true to the original text but also tries to keep the narrative readable.

According to novelist and poet Martin Booth, Jim Corbett was born in Nainital in 1875 in a village called Kala Dhangi.

The environment in which he passed his earlier days made him closer to nature.

The idyllic surroundings prodded him to explore the area and he did so by minutely observing the jungle. It is said that he could perfectly imitate the voices of many a birds, such was his observation. He joined railways and worked there for 26 years in which he got a chance to work with people belonging to all colours and creed. There wasn’t an iota of racism in him as he believed in the noble values which dismiss all boundaries and barriers as frivolous. His fame rose to great height when he faced the man-eating lions and saved the lives of many people by hunting them. His fame spread and people of the area lovingly named him as ‘Carpit Sahab’ which also happens to be the title of the book. A humanitarian and social worker, he gifted people of Kumaon as he gifted a large tract of land to its people. His sister started a dispensary where she would treat the poor and needy people. He shifted to Kenya in November 1947 and built a cottage there where he lived with his sister till his last breath. He died in 1952, leaving behind many admirers and books such as ‘My India’, ‘The Man-Eaters of Kumaon’, ‘The Man-Eating Leopard of Rudraprayag’, ‘Jungle Stories’, ‘Jungle Lore’ and numerous others.

Rabia Saleem deserves credit for translating the book into Urdu. One hopes that she will continue translating books of her choice in the future as well.