Lives have been demolished, decimated to the skirt of death and cultural texture disabled by the outraged act of youngster marriage making a blotch on the cutting-edge world. 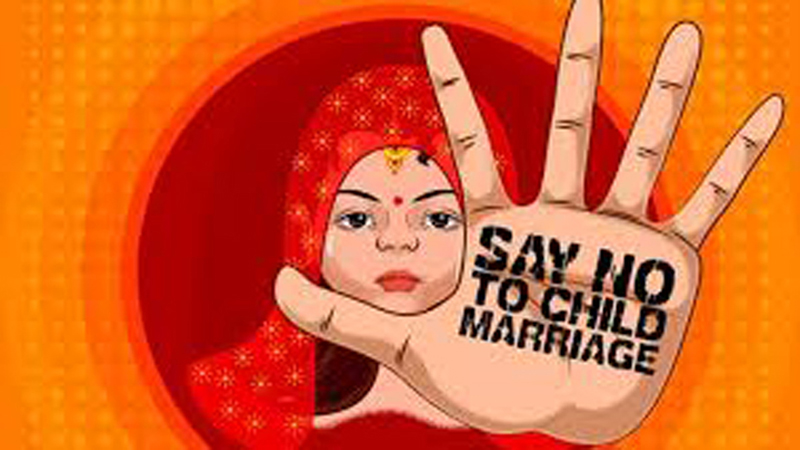 An egregious bane as age-old act of kid marriage has been eating into the financial structure of creating nations particularly in numerous Muslim nations. Despite the fact that this social practice has been by and by nearly over the globe, the created nations; understanding its proceeding with negative effect on their social orders and one of the obstructing factors in their advancement battled against it during the most recent two centuries and embraced enactment to check it totally. In spite of the fact that, shockingly in the US, forty-eight states despite everything have lawful escape clauses that permit youth younger than 18 to wed.

Those exemptions incorporate youth with lawful liberation, parental assent, or legal endorsement. In numerous occurrences these escape clauses are utilized for the more seasoned accomplice to maintain a strategic distance from statutory assault charges.

Anyway in the creating nations, the discussion and talk haven’t arrived at the normal man, which is the reason most of the populace needs comprehension of the harming effect of youngster marriage on the populace overall and on ladies specifically; and kid relationships are as yet being rehearsed in numerous pieces of the world even in the present period of edification. As per the UN, 37,000 young ladies younger than 18 are married each day and a UNICEF inquire about has discovered that an expected 115 million young men and men overall were married as kids.

Pakistan faces this issue on a large scale and the UNICEF recently observed that 21% of girls in Pakistan are married before their eighteenth birthday and 3% are married before the age of 15. The Child Marriage Restraint Act of 1929 in Pakistan (Act XIX) states that no male under the age of eighteen and no female under the age of sixteen can be married, though in 2014, the Sindh Assembly unanimously adopted the Sindh Child Marriage Restraint Act, raising the minimum age of marriage to eighteen years; even after the presence of such laws, child marriages are still practiced unabated. Most cases have been reported from the provinces of Sindh, Punjab and Khyber Pakhtunkhwa.

The disturbing outcomes are what the vast majority are ignorant of and, in this way, kid relationships are continued without the slightest hesitation into it. As a matter of first importance, youngsters are denied of their crucial rights to well-being, training, and security.

Little girls and young men who don’t comprehend and completely understand socio-legitimate and strict ramifications and duties which a marriage reverts on them and are not intellectually prepared to accept the job of spouses/wives and fathers/moms are troubled with the burden of marriage. Much of the time, the youthful couples feel humiliated in the general public and become noticeable hermit in the family units and become a weight on the general public. Young women face a higher danger of encountering complexities in pregnancy and labor. Young men are prevented the decision from securing who to wed and regularly need to drop out of schools to take on grown-up jobs, for example, accommodating the family, for which they are not intellectually or genuinely arranged. The restricted instruction prompts less monetary chances and in this way we are stuck in a pattern of destitution. It is likewise critical to take note of that youngster relationships affect the economy of the country as well.

As indicated by The World Bank and The Universal Place for Exploration on Ladies, the greatest financial effects of youngster relationships are identified with richness and populace development. Since this adds to the expansion in the country’s populace, it prompts troubling the financial assets of the legislature. The employments that these uneducated youngsters take up so as to help their neediness stricken families, not the slightest bit add to the economy of the nation as the entirety of their income are used so as to run the house. It is fundamental for the administration to advance a far reaching program by connecting with the electronic and print media for propelling and airing creatively created stories, plots, shows, dramas, kids’ shows with incredible introductions to teach among the normal man the significance of staying away from youngster marriage. This topic ought to likewise be made a basic piece of educational programs of essential and white-collar class kids. Each exertion ought to be made as the law as of now exist to make essential and optional instruction obligatory by distributing extra assets for the advancement of this reason. The young ladies and their guardians ought to be urging to guide and press their little girls to seek after professional and specialized preparing to become helpful area of the general public as well as for their own family units. They ought to give monetary help and impetuses and their families and furthermore help to ingrain a feeling of business in them which can assist them with achieving money related security.

The social platform of society, media ought to be permitted access to country zones to spread further mindfulness among the individuals, and potentially, get a change in the attitudes of the majority. Truth be told, it ought to be the obligation of each person, particularly taught, at the grass-root levels to make mindfulness as well as speak more loudly and face the custom of Child Marriages. It is required for each person to have their impact to annihilate such social diseases from our public soonest conceivable.