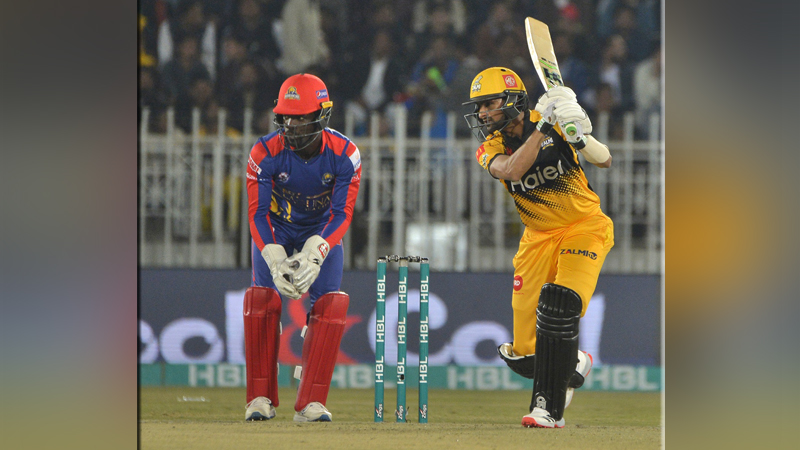 Batsmen Babar Azam, Alex Hales and pacer Mohammad Amir steered Karachi Kings to a six-wicket victory over Peshawar Zalmi in their HBL Pakistan Super League5 fixture at the Pindi Cricket Stadium here on Monday. The win has given Karachi six points after five games; they have jumped to number three in the HBL PSL points table behind table-toppers Multan Sultans and number two placed Quetta Gladiators. Chasing a victory target of 152, Karachi finished with a score of 152-4 with 11 balls remaining out of their 20 overs. While chasing the modest target, Karachi lost Sharjeel Khan, trapped leg before wicket by Hasan Ali, in the very first over, but Hales (49 off 27) and Babar (70 from 59) built up a strong partnership to steady their team’s ship. The duo kept on piling runs until the 12th over, when Yasir Shah first bowled out Hales and dismissed his replacement Cameron Delport four balls later. Karachi also lost Chadwick Walton to Carlos Brathwaite in the 18th over, but it was too late to harm their chances of victory and Babar struck a four to take his team home.

Earlier, Peshawar made 151 for the loss of eight scalps after they made a disastrous start, losing four wickets for 57 in the tenth over. However they struggled to put up an imposing total due to Shoaib Malik’s fighting 68, scored off 55 balls with six fours and a six. A lethal bowling spell by right-arm pacer Amir provided Karachi with an early advantage as Zalmi lost Banton and Haider Ali for 0 and 4 respectively. Kamran Akmal, Peshawar’s most dependable batsman, failed to provide the goods this time as he too was dismissed for only 04 when he was caught by Babar off an Aamer Yamin delivery. Babar also caught Liam Livingstone on a ball by Umer Khan in the 10th over. Amir then returned to take the wickets of Lewis Gregory and Brathwaite while Chris Jordan dismissed Wahab Riaz and Malik. Karachi made just one change in their team by bringing in Yamin in place of Umaid Asif. On the other hand, Peshawar made three. As Peshawar captain Darren Sammy took a day off to rest yesterday, Wahab led the side in his absence.

Karachi Kings came into the game on the back of a confidence-boosting five-wicket victory over Islamabad United at the same venue on Sunday. They now have won three out of their five matches they’ve played so far in the tournament while 2017 champions Peshawar have won two out of their six fixtures. Peshawar’s last match against Islamabad was called off due to rain.