Vibrant economies around the globe pay special attention to their existing energy infrastructures and employ innovative, new tools to keep their energy infrastructure updated and upgraded to ward off any temporary glitches in the short and long terms. This practice ensures the nation’s energy security.

Energy Infrastructure is any infrastructure, which ensures large-scale transportation of energy sources, from producers to consumers. The presence of robust and modern energy infrastructure is only sufficed by an uninterrupted flow of energy. Any outages or shortfalls of energy sources in this infrastructure shows that the country is failing, to meet its requisite energy demand. Nations strive hard to cope with such situations and always try to avert any such scenarios, where they fail to meet the required energy demand. For decades, Pakistan’s energy infrastructure saw no renovation and this lethargy turned into an energy sector devoid of national science and engineering schools from innovative strategies to offer any solution to this anti-economic crisis in a cash-strapped country immediately. One example, which shows that the Industry-Academia link can foster a new era of development, is China’s High-Speed Railway (HSR).

The presence of robust and modern energy infrastructure is only sufficed by an uninterrupted flow of energy.

It is regarded as one of the finest infrastructural transformations on the Asian continent. China not just utilised the international best practices in HSR technology but also used it the preliminary understanding to focus on the research and development of very Chinese HSR technology, which is not just parallel with other technological peers, but also stand out in its technological efficiency. 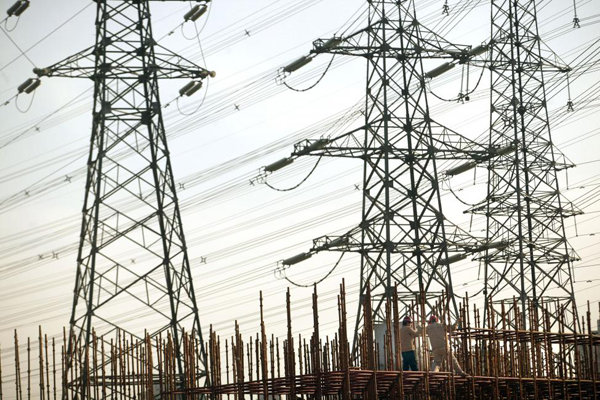 The CPEC is a part of China’ bigger push to invest $1 trillion in a rare South-South Cooperation in the infrastructural development project. Pakistan’s energy infrastructure is not modern and gripped by outages and energy flow crises. In Pakistan, megaprojects are usually undertaken in a disconnected manner. The CPEC energy projects are the best examples of this disconnected approach. The scale and scope of the CPEC projects deserve a greater involvement of Pakistani parliament, as it is the premier forum to streamline the execution of all mega energy projects for the greater benefit of this country. This approach might ward off any criticism emanating from sources, working against CPEC or who might connect it with buzzwords like debt traps or Asian debt century. Parliament is a forum, which can eliminate all propaganda campaigns by carefully planning a way forward to craft a robust policy and institutions, which can ensure smooth restoration of modern energy infrastructure in this country. It is in the interest of both opposition and the government to set a timeline under a dedicated ministry, which can help resurrect a new energy infrastructure. This can ultimately restore and set an unprecedented energy institution, which works efficiently in ensuring the energy security of households in general and of the nation in particular. Keeping in view the gigantic scale of CPEC projects, and especially the energy component, it’s our parliament’s responsibility to plug all the gaps in this strategic development project. Mega energy infrastructure projects in the European Union and the UK shows that parliament is the driving force behind such projects, any project deemed feasible for the national energy security is debated by lawmakers in their respective parliaments.

After that, once it enters the execution stage, the legislature, along with dedicated institutions, tracks its timely completion. It was the German Parliament, “the Bundestag,” which gives a go-ahead to Nord Stream-2, a huge energy infrastructure project. Nord Stream-2 pipeline is central to German energy security. In the UK, the parliament was a leading agent behind ensuring a robust gas infrastructure, which plays a central role in the UK’s energy security. The Ministry of Construction, a high-powered ministry, can be the right step in this direction for Pakistan. Ministries of construction in the past few decades lead exceptionally in infrastructure development projects in the Soviet Union, China and other European and Asian countries. The recent gas crisis and power outages do not imply that Pakistan has minimal energy infrastructure, but it’s surely the outdated one. Till now, Asian countries solely relied on Western technological firms and companies to push for infrastructure development or infrastructure upgrade, but the South-South infrastructure development cooperation is allowing a cheap yet reliable and sustainable energy infrastructure. In Pakistan a few small projects are completed and many of those are underway but these projects are not resulting in the new face of Pakistan’s energy infrastructure, the sole reason is its disconnected approach. In Pakistan two of the worst energy crisis hitting every year are a gas crisis, which emerges in winters, and electricity shortfall, which gets worse in summers. Pakistan built a massive gas transport infrastructure in all four provinces. New small discoveries in the Kohat region helped expand the gas infrastructure to the southern districts of Khyber-Pakhtunkhwa. This expansion is marred by a continuous gas outage throughout winters. A new ministry of construction must be a combination of technical experts and lawmakers. Under the new ministry of construction, a dream of industry-academia link can be realised. Waiting solely for the CPEC to bear fruits will be a disastrous strategy. Parliament in Pakistan can set a direction and start a national discourse on our ageing energy infrastructure, which is plaguing our economy and household consumers for several decades now.

The writer is a specialist in Strategic Studies