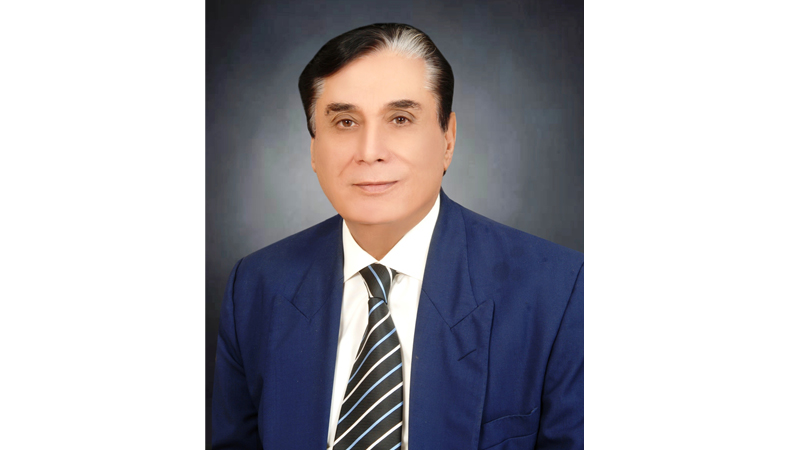 Corruption, a curse, is the main challenge being confronted by the country posing a potential hurdle in the way of progress and prosperity of the country.

Chairman NAB not only vowed to ensure accountability for all but also successfully implemented his policy across the board. He has persistently monitoring the weekly, fortnightly, monthly performance, midterm and annually of NAB Headquarters as well as all Regional Bureaus of NAB. The officers are being conveyed about their strengths and weakness regularly in order to have better performance which has started yielding excellent dividends. NAB had already fixed ten months’ time to complete the process of initiating complaint versification, inquiries and investigations to filing a reference. NAB has further activated prosecution and operation divisions of NAB by appointing new investigation officers and law officers and provided them training on modern lines in order to inquire and pursue all cases mega cases vigorously in respected courts including cases of white collar crimes.

After plea bargain of the accused, the Government servant is dismissed from service immediately after approval of plea bargain by Accountability Court. He becomes disqualified for Government service for his remaining life. After plea bargain, a politician becomes disqualified for 10 years. He could not hold public office or contest elections for ten years. In case of a business, after plea bargain, he could not obtain loan from a schedule bank for ten years. The whole amount recovered from a plea bargain is deposited in national exchequer and NAB officers do not receive any money of the recovered amount. Plea Bargain is prevalent in over thirty countries including USA, UAE and other countries of the world. In plea bargain accused only does not go to jail but he faced all other punishments under 25-b of NAO.

During the tenure of Honorable Mr. Justice Javed, Iqbal, Chairman NAB, NAB’s performance has been appreciated by reputed national and international organizations like Transparency International, Pakistan, World Economic Forum, PILDAT and Mishsal Pakistan. Chairman NAB and his team consider elimination of corruption as their national duty. The elimination of corruption is collective responsibility of the whole nation. NAB hopes that through collective efforts of all stakeholders, the dream of corruption free Pakistan should be materialised.