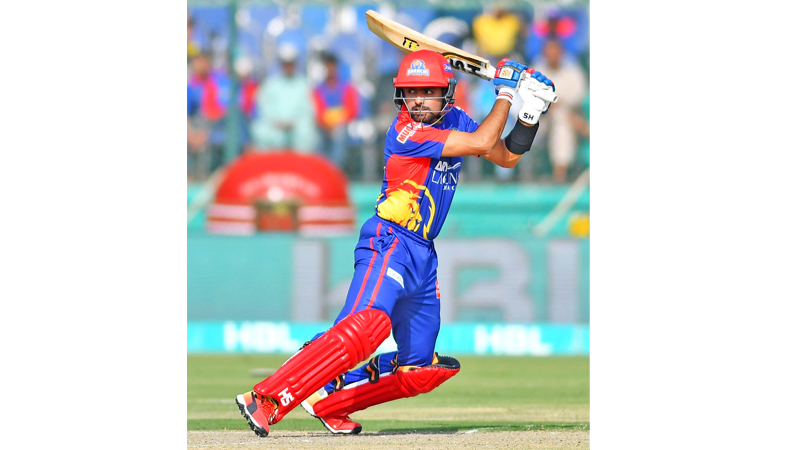 KARACHI: Mohammad Hasnain’s maiden four-wicket haul and Azam Khan’s first-ever half-century helped Quetta Gladiators thrash Islamabad United by three wickets in the opening match of the HBL PSL 2020 at Karachi’s National Stadium here on Thursday night. Hasnain returned four for 25 in his four overs which played a crucial role in bowling out Islamabad for 168 in 19.1 overs after Quetta captain Sarfaraz Ahmed opted to bowl. The right-arm pacer was supported by Ben Cutting and Sohail Khan who took three and two wickets respectively. With 64 runs from 40 balls, Dawid Malan, who hit five fours and three sixes, was the top-scorer in Islamabad’s innings. Wicketkeeper-batsman Luke Ronchi, who opened the innings, had the second best score of the innings (23 off 13). Quetta chased down the target with nine balls spare as Azam, playing only his second T20, scored 59 off 33, hitting five fours and three sixes. The 21-year-old crafted a crucial 62-run partnership with his captain Sarfaraz (21 off 18) to help Quetta recover from 26 for three. Mohammad Nawaz and Cutting chipped in with 23 off 13 and an unbeaten 12-ball 22 respectively down the order. For Islamabad, Musa Khan, the Pakistan international, took three wickets for 34 run, while bowling a maiden in his four overs. Akif Javed, Faheem Ashraf and Amad Butt picked up a wicket each. For his exploits with the ball, Hasnain was named man of the match.