Imagine driving down Main Boulevard Gulberg, Lahore, and stopping at a light. A traffic camera reads your number plate, checks it against a database of registered vehicles and charges you a fixed sum as your vehicle does not meet the city’s zonal emission standards. Welcome to the concept of Low Emission Zones (LEZ): schemes that cover specific areas to tackle pollution and discourage certain types of vehicles from entering a specified zone aiming to encourage the use of cleaner vehicles and thus improve air quality. Admittedly, Pakistan is several decades away from implementing such sophisticated environmentally friendly policies.

Pakistan’s environmental policies, under Prime Minister Imran Khan, appear promising. The prime minister highlighted that greener environmental policies were a top priority for the government; negotiations were underway with vehicle manufacturing companies for the introduction of electric vehicles for public and private transport. Other potential initiatives include forcing steel furnaces and brick kilns to adopt modern zigzag technologies. Perhaps, the most well-known initiative is the Billion Tree Tsunami project, which was recently promoted to become the Ten Billion Tree Tsunami project. 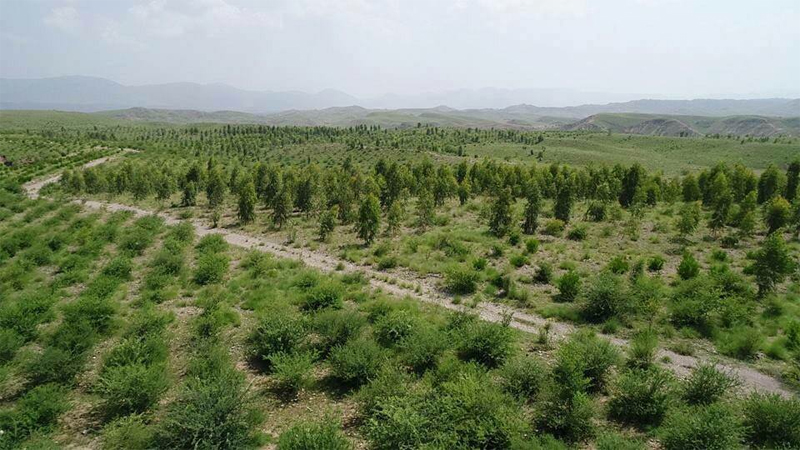 Credit should be given where due. Planting trees can help protect against erosion, strengthen riverbanks, decrease the risk of floods, increase the chances of rain, mitigate against the effects of climate change, provide jobs to tree planters and create a new habitat for wildlife. But the reality is more complex. Planting trees are not a silver bullet to a cleaner environment. They need to be deployed creatively and as a part of a larger strategy.

For starters, some trees produce volatile organic compounds that act as pollinators for the trees but can be greenhouse gases themselves. Others react with compounds in the atmosphere to produce even worse emissions. Interactions with car fumes can produce ozone, which, at ground level, keeps heat trapped on earth. Some problems are associated with maintenance: roughly half the trees planted to line the route of Britain’s High Speed 2 rail route died during a hot summer when they were not watered.

Pakistan’s environmental tensions are of gargantuan proportions. Faisalabad and Lahore were ranked as the third and tenth most polluted cities in the world in 2018, according to the AirVisual World Air Quality Report. Twelve of the remaining top fifteen most polluted cities are in India while one is in China– our immediate neighbours. The Global Climate Risk Index has ranked Pakistan fifth on the list of countries most vulnerable to climate change due to the country’s geographic location, which is prone to intense and frequent weather events. Some of the most devastating effects of climate change are being experienced in the Thar Desert as it continues to become uninhabitable. Farmers are losing their crops, cattle and goats because of the drought. Children are starving to death and villagers are taking their own lives. The Nasa Earth Exchange (NEX) has found that over the past 50 years, temperatures in Sindh have risen by more than 1.5 C, around double the global average.

Planting trees are not a silver bullet to a cleaner environment. They need to be deployed creatively and as a part of a larger strategy

The situation is exacerbated by a lack of environmental concern reflected in policy initiatives such as the China-Pakistan Economic Corridor (CPEC): power generation and transmission projects account for more than half of CEPC projects completed, and three-quarters of the new generation capacity to be added by CPEC power sector projects is from coal-fired power plants. While the coal-fired power plants will help the country diversify its fuel mix away from oil products, and facilitate cheaper electricity generation, it is environmentally unsustainable.

The science on coal’s contribution to climate change is well understood – it will substantially increase Pakistan’s greenhouse emissions, complicating the country’s pledges made at various multilateral conventions. New coal power plants risk worsening Pakistan’s water scarcity problem because mining coal and burning it for power generation are water-intensive activities. Increased emissions of air pollutants and the handling and disposal of coal ash, which contains carcinogens, could mean health problems abound. The concentration of coal power plants in Thar means the implications for the region could be even worse: analysts are concerned that power plants will contaminate and deplete water supplies, destroy the local ecology, and result in a loss of trees and grazing lands, depriving locals, in a famished region, of their livelihood.

The fact of the matter is that trees make effective environmental slogans. They are attractive, carry positive associations, provide habitat for wildlife and can be sold as part of a wider agenda of conserving nature. More significantly, they do not require sacrifices. No need to raise fuel taxes, give up meat, ban plastics, shut down industrial and mining jobs, make any dramatic change in lifestyle, or more importantly, renegotiate CPEC. In truth, the only possible way of stopping the planet from warming is to burn fewer fossil fuels. If emissions from coal-fired power plants keep increasing, the proliferation of tree planting would more or less fail.