United Nations Secretary-General Antonio Guterres along with his delegation will visit the Punjab capital. 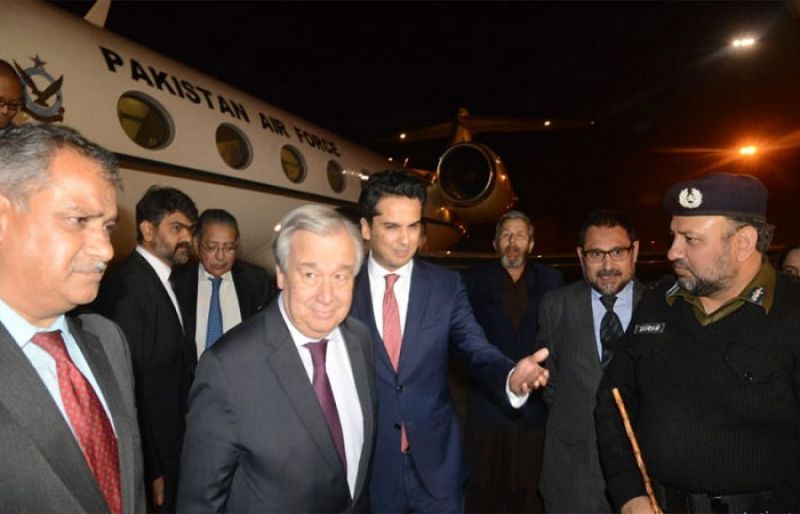 The UN Secretary-General arrived in Lahore from Islamabad last night on a two-day visit where he was received by Provincial Finance Minister Makhdoom Hashim Jawan Bakht.

UN chief will administer anti-polio vaccine to children at a school and will meet inter-faith leaders in Lahore.

António Guterres will visit historic Badshahi Masjid and Shahi Qila in Lahore and the Centre for Peace and Stability at NUST.

Guterres will also visit Kartarpur where he will meet members of Sikh community. A dinner will also be arranged in his honour by Governor Punjab Chaudhry Muhammad Sarwar.

During his meeting with the UN chief, Prime Minister Imran Khan had highlighted Pakistan’s generosity in hosting millions of Afghan refugees for the last four decades.

It was titled 40 years of Afghan Refugees Presence in Pakistan: A New Partnership for Solidarity in Islamabad.