The Australian government’s equivocation, if not outright denial, of the climate change is baffling, even more so after the worst season of bushfires in the country. Australia is a dry continent given to bush fires, but the intensity and the millions of hectares burnt should be an eye-opener. 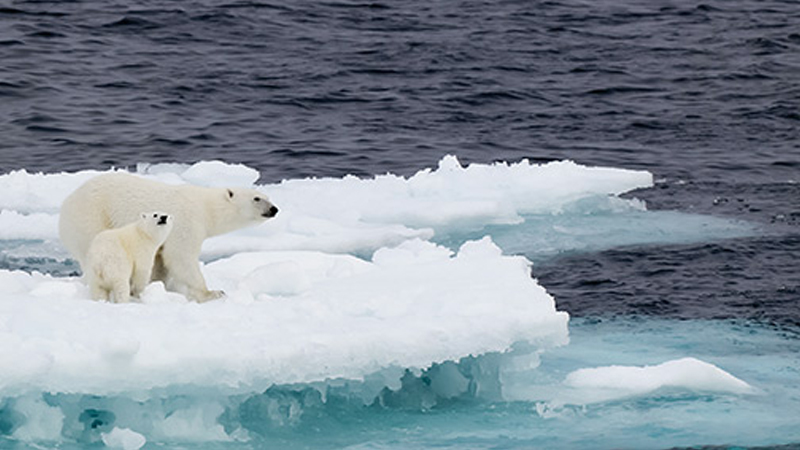 Indeed, it looks like a classic example of what is awaiting the world, if there is no immediate and effective way to drastically reduce the carbon emissions, we, humans, are putting into the atmosphere.

The 2015 Paris agreement was considered an important step forward in this direction. It sought to keep the carbon emissions around 1.5 degrees by the end of the century to give the planet a good chance to cope with rising temperatures to avoid all anticipated devastation from uncontrolled carbon emissions.

But it already looks like an ambitious target for the simple reason that the gravity of the situation is not understood or simply denied by important segments of the international community, like the US, which, under Trump Administration, does not believe in the science of climate change.

And here in Australia, the Morrison government is held to ransom by the coal mining interests, which determine the outcome of elections in marginal seats, as in the last elections.

The first and the most important hurdle is indifference, and even denial, that climate change is happening and happening fast. There is a small window of opportunity, and not much time left, to deal with rising temperatures before our planet, the only habitable place in this universe, becomes increasingly inhospitable.

Since the pre-industrial revolution, the earth’s temperature has increased by one degree Celsius. As pointed out earlier, the best outcome from concerted action to reduce carbon emissions is by keeping it to 1.5 degrees, which is increasingly looking like an optimistic scenario.

In the absence of concerted international action, it is feared that the temperatures might rise to three degrees and beyond, creating, among other things, a tide of human misery in terms of hordes of climate refugees displaced by rising seas inundating and/or eroding coastal regions; as well as creating severe water shortages, which is already happening in some parts of the world.

What we are looking at are severe disruptions, with richer and better-endowed parts of the world closing their doors on vast numbers of people in floating caravans/boats, seeking shelter in a world increasingly devoid of basic humanity and compassion.

Just imagine the calamity of it all with a huge flood of climate refugees, when the current estimated 70.8 million displaced people (internally and externally), mostly from regional conflicts, are in limbo with much of the world suffering from compassion fatigue, if not outright hostility.

It is said that dealing with climate refugees would become the most serious threat to global security, with rich and powerful countries seeking to wall off themselves from those displaced by all sorts of weather phenomena wreaking havoc on affected parts of the world.

This doesn’t mean rich and powerful countries will be free of climate calamity. It simply means they will have greater resources to deal with it.

An understanding of climate change is likely to change the character of economies. Increasingly, though not fast enough, national and global economies do have to consider the economic cost and returns on their investments in fossil fuel sectors of their economies.

In recent years, the costs of renewable energy, like solar and the wind, have come down considerably, making them not only competitive and, in some cases, even cheaper than coal and gas, especially when considering the subsidies these sectors are propped up with.

Therefore, in considering medium and long-term investment choices, financial institutions, like banks, super funds and others, increasingly need to weigh the returns on their investments in fossil fuel sectors.

Indeed, climate change and its impact on economic investments featured at the recent World Economic Forum at Davos in Switzerland, evoking questions about moral and sustainability dimensions of capitalism. Is capitalism simply a question of making money devoid of moral and existential issues like the future of the planet?

It is reported that Black Rock, the world’s largest asset manager, with nearly $7 trillion assets under its management, announced that it would make sustainability (of the planet’s resources) integral to the construction of its actively-managed portfolios. In other words, it will consider climate-related risks in its portfolio of investments.

But all this is happening too slow and too late. Indeed, in Australia and the US, those in government are still promoting the virtues of coal and gas; arguing that climate change has always been around, decreed by Nature and not caused by humans emitting carbon.

Australia’s prominent songwriter and singer, Paul Kelly has captured the nightmare of climate catastrophe in the last paragraph of his most recent song. It goes:

“… With acid seas rising… Big cyclones pounding, And fireballs devouring…as the corpses keep mounting, but that’s just the way this world goes, Sleep, my country, sleep, As we sow so we shall reap, Who will rock the cradle and cry?”

This might be a poet/singer’s cry of despair, but against the spectacle of Australia’s recent bushfires, and before that, the burning of Amazon forests and elsewhere in the world, it is time the world takes serious note before our planet is devoured and nobody is left to cry.