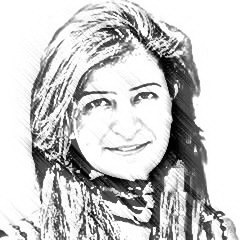 United Nations General Assembly declared 24th January of every year as “International Day of Education”. Education system in Pakistan is insufficient to effectively focus on climate change studies. Climate Change is a grave threat that has engulfed the whole world.Recent, bushfires in Australia, has perished half a billion animals. These fires are caused by heatwaves and droughts due to extreme summers in 2019, thus making climate change the biggest threat to humanity. Pakistan is not an exception to be exempted from adverse effects of climate change. Rather,German Watch has recently declared Pakistan on number 5 among the list of countries the most affected by climate change.

The government of Philippines passed a law in 2019 from its lower house which requires each graduate from high school and college to plant 10 trees. According to Gary Alejano who is the leading author of legislation., 175 million trees will be planted every year

What should be appropriate and comprehensive policy to effectively implement climate change education? The climate change education can be introduced at two levels: formal and informal. Starting with formal education, we need to adopt theoretical and activity-based approach at all levels of education. The theoretical approach includes introducing curriculum on climate change in syllabus at school level education. The indigenous research and publications is very crucial to reap best results of mitigation and adaptation efforts. Furthermore, Higher Education Commission should take steps to introduce proper degree programs i.e MSc, MPhil and PhDs in climate change in all leading universities of Pakistan. Many universities offer degree programs in environmental studies but hardly any university is offering a particular degree in climate change. It is also imperative to understand that climate change is a cross disciplinary subjects. The optional subjects of climate change can be introduced in other degrees related to economics, agriculture, health and gender studies. Similarly, international organizations like UN and world Bank should introduce climate change specific two scholarships in every developing country to support the students who have secured admission in the discipline of climate change in the leading universities of world to promote research in this field. In Pakistan, Higher Education Commission can dedicate such kind of one scholarship to climate change.

The theoretical approach in formal education must be accompanied by some activity-based ideas. The government of Philippines passed a law in 2019 from its lower house which requires each graduate from high school and college to plant 10 trees. According to Gary Alejano who is the leading author of legislation., 175 million trees will be planted every year. Such activities can also be replicated in education institution of Pakistan. We need to adopt myriads innovative and activity-based approach to defeat thisevil.The kindergarten schools can make it mandatory for new kid who are admitted in school to plant a tree of their name in school premises and take care of that as well. Similarly, elite private schools celebrate birthday of kids in schools. They may ask parents to bring number of saplings equivalent to the age of the kid, celebrating birthday to plant in school on his/her birthday along other kids. In case of limited space, pots can also be used. It will help to inculcate flexible minds to absorb importance of plantation from this age. The education department can arrange some competitions at district level among schools and students based on climate change resilience ideas and projects. These competitions can be declamations, activities or implementable projects. Even at secondary and higher secondary level, environment friendly activity can be made compulsory in final exam. It is also equally important to create well paid jobs in this field to attract best brains, following the demand and supply formula. All these initiatives can be binding, if government can bring such legislation at federal and provincial level.

At informal level, role of parents and siblings, awareness programs and role of media is very important to disperse climate change education.