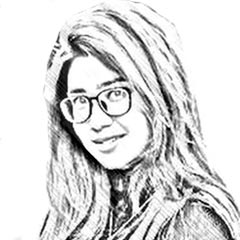 Corona virus and its effects globally

Virus which originated from the province of Hubei, in china has left everyone unsettle, it has gained everyone’s attention and concern all around the globe. But which direction is the virus actually going now and how is it affecting China and 72 other countries?

If we believe the doctors and scientist theory about the outbreak of this disease, they reported that a snake ate a bat and that bat was bought up in a wild life market of Wuhan for costumers to consume, when that snake was bought and consumed by some Chinese the virus outbreak in worst way possible. It happened due to the admixture of both the wild animals i.e bat and snake. The virus scattered from person to person and place to place. It stretched from families, to neighborhood, to the doctors treating patients to the other patients admitted in the hospital.

The world organization is nonetheless active and working upon the policies and ways to get control over the deadly disease, they are the ones who are giving instructions to all countries about the preventions they can into the consideration. An emergency WHO meeting was called on January 22, 23 to discuss the mere issue, in the presence of influential names few important decisions were carried out as well. WHO has now restricted 72 countries from travelling and continuing the routes from various airports. In the light of tweet by the director general of WHO Doctor T.A Gebreyesus, experts and scientists are extremely serious about what is happening in China.

China being the most affected region from Corona virus has reported that the virus has contaminated around 34, 546 people where as 722 deaths were registered by this Friday. The situation is getting worse due to which China has shut down 17 cities as precaution to the deadly virus spread. Cities like Huanggang (with a population of 7.5 million), Echzou, Hangzhou, Yiwu, Guangdon, Shenzen and others are completely shut down where residents are forbidden to enter or exit the city, the public transportations have been cancelled, stores are held close and residents are instructed to store as much food as they can in their homes so it would not cause them to leave their homes unnecessarily. Some suspected buildings are also sealed as well as few offices, the embassies have not completely re opened yet, and online operations are carried in most of the official places.However some national and international banks are open for a short period of time per day.

China being the most affected region from Corona virus has reported that the virus has contaminated around 34, 546 people where as 722 deaths were registered by this Friday

Another case that has sensitize the Chinese citizen is the news of Dr. Li Wang’s death. Doctor Li Wang was a 34 year old Ophthalmologist who was in charge of treating the patients of Corona Virus since December, he unfortunately contracted the virus while being on his duty at the hospital in Wuhan from being in touch with his patients, the epicenter of Wuhan has been sealed. It is said that Dr, Wang had secretly informabout the outbreak of virus before it made to the headlines of news channels. Now China’s ruling communist party is facing public outrage over the death of Dr. Wang who was detained and threatened by the authorities for spreading early warning of the disease in the month of December. Perhaps he was well aware of the mishap that would leave the world in complete shock in the coming months.

The authorities on the other hand assure that they will investigate the death of Dr. Wang and come up with a complete report for the public interest. Yet the Chinese public stays furious.

Whereas other countries are hesitant to accept back their citizens, America has successfully evacuated 800 of their civilians from China. Some of which however have visited the Hubei province on their visit. Although upon the arrivals of evacuated American citizens back to their country, they are instructed to spend 14 days under a Quarantine on military bases before they could be released. The reason behind it stays the same; prevention from the spread of the deadly disease.

On the other hand the travelling has been bounded between China and America for the safe purposes. Only 7 airports of America shall be allowed to deal with flights and routes through China.

Health officials had recently expanded screening to 20 U.S. airports, but now say they will do enhanced screening at seven airports.

Howbeit, American official said on Friday that they would like to help China and other nations which are suffering through the fear of deadly virus through an aid of 100 million U.S dollars, however the offer remains on table said Health and Human Service Secretary Alex Azar.

In spite of the fact Japan so far had 25 cases of corona virus in past weeks which made Japan precaution about the situation, however in the latest news it has been confirmed that more cases have been found on the Japanese cruise. The cruise embraced 3700 passengers from different countries. The prime minister of Japan, Mr. Shinzo said that he suspected some passengers on the vessel had been infected. The outbreak cause when a passenger from Hong Kong was tested positive in corona virus test. The tests were carried further ahead which then tracked 61 people infected on the cruise. The authentic list of corona positive people includes 5 Australians, 1 Canadian, 1 British couple, 8 American, 21 Japanese till now. Japanese government has shown their stress over the issue which has caught public eyes.

The Japanese company said that ministry of health of Japan announced that the date of completion of first quarantine will be on February 19th unless “unforeseen development” occurs.

Where everyone around the globe is praying for the welfare of world and china especially, Chinese doctors are also not giving up on their patients, they are quitting their national holidays to serve the humanity. Around 460 infected patients of corona virus have been discharged from the hospital after complete health examination. Recently 4 health workers of Wuhan’s hospital have also successfully recovered from the novel corona infection. The hospital constructed in only 10 days which holds 1600 beds is now ready to accept the patients. This is itself is an achievement for China as a nation where they are sacrificing their sleep and rest for the sake of their country and nation as a whole. We wish China a speedy recovery and hope to see it stand in the world as bright as it is.