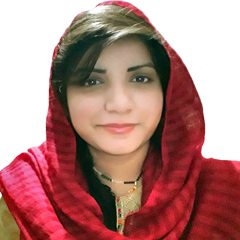 A much-needed review of the anti-corruption laws in Pakistan

During his first address to the Constituent Assembly of Pakistan on 11 August 1947. Quaid e Azam Muhammad Ali Jinnah said: “One of the biggest curses from which India is suffering-I do not say that other countries are free from it, but I think our condition is much worse-is bribery and corruption. That really is a poison. We must put that down with an iron hand and I hope that you will take adequate measures as soon as it is possible for this Assembly to do so.” When we trace the roots of corruption in this country, they almost date back to the colonial period when the Britishers used to rewardlands and titles to those who were their loyalists. And, this eventually ledto nepotism and corruption in the region. According to the World Economic Forum’s Global Competitiveness Report (2007-08), corruption is identified as the 3rd largest problem for companies doing business in Pakistan. Over the years, the discourse on corruption has been consuming urban Pakistanis more than perhaps any other national issue in the recent past. The general perception is that despite the multitude of laws and bodies actively investigating corruption in the region, white collar crime has increased over the years. And, this is an alarming concern for the official authorities currently in power.

Apart from parliamentary oversight, there are several legal anti-corruption instrumentsincluding the Pakistan Penal Code of 1860, Prevention of Corruption Act, 1947, Public Representatives (Disqualification) Act, 1949, Elected Bodies (Disqualification) Ordinance, 1959, Anti-Corruption Establishment Act, Federal Investigation Agency Act, Ehtesab Act and the National Accountability Ordinance of 1999. Moreover, In order to successfully expose Benami transactions and to deal with individuals that are arrested under the National Accountability Ordinance of 1999, the Law and Justice also recently prepared two bills namely ‘The Benami Transaction (Prohibition) (Amendment) Bill 2019 and the National Accountability (Amendment) Bill 2019, which will be presented before the cabinet for approval. However, many analysts believe that these anti-corruption mechanisms have not been successful in achieving the desired outcome. And,whencorruption affects the institution of the last resort, which includes the judiciary, the nation really loses its hope and direction. This is when, we observe a lack of fair judicial system in the country, which not only affects the individual litigant alone, but also the whole economy. And, as a result, domestic and foreign investments shy away for fear of usurpation and misappropriation. The influential and the powerful have a fairly bigger chance of easily getting away with whatever they do if they pay the right price at the right stage.

If, the condition of an imprisonment is attached alongside the Plea Bargain, then no corrupt person will ever be willing to return the amount to the State. In fact, it will only result in increased abscondence by sending the looted amount abroad from where it is impossible to recover

So far, only Hong Kong and Singapore among the Asian countries, have been comparatively successful in bringing down corruption due to the political commitment shown by their leaders. As, well as the impartial implementation of many of their anti-corruption measures. This, ultimately, shows the importance of political will in the successful implementation of anti-corruption reforms. On the other hand, Rose Ackerman Susan in his book, ‘Corruption and Government (1999) argues that one must understand that Corruption is not a problem which can be attacked in isolation. Indeed, the government may need to establish a strong credibility mechanism by punishing the highly visible corrupt officials. However, the writer argues that the main aim of such prosecutions should be to attract notice and public support, and not solve the underlying problem. As per his arguments, Anticorruption laws can only provide a background for more important structural reforms.

In Pakistan, theNRO was perhaps the worst law ever made to legalize mega corruption in the country. In fact, we saw significant back sliding in the accountability effort after the announcement of this ordinance. Practices of good governance flourish in a necessarily corruption free situation. Pakistan, unfortunately,is way down the ladder.Corruption is highest in development projects and procurement (including defense and public sector corporations) and the bank loan write offs. Legally, in the Civil and Criminal Code, legislation and administrative procedural regulations, should clearly specify what constitutes corruption and associated penalties.The NAB law requires a wholesale review by theParliament to restrain it from opening an investigation without proper inquiry and evidence

The law is meant to benefit the general public-at-large by recovering and returning their looted money. Mainly, putting the corrupt politicians behind bars without any successful legal recovery action will not benefit anyone. And, this is something which needs to be understood. It will only turn out to be an additional cost on the state at large.If, the condition of an imprisonment is attached alongside the Plea Bargain, then no corrupt person will ever be willing to return the amount to the State. In fact, it will only result in increased abscondence by sending the looted amount abroad from where it is impossible to recover. Hence, in my humble opinion, the Plea Bargain law should remain intact; but, however, needs to be made slightly easier rather than complex. The Plea Bargain law of the NAB (Section 25 NAO 1999) has already received a significant amount of criticism in the country as many analysts also view it as a relief for the accused. The State has, however,put forward its recommendation in bringing a potential change in this area of law. And, I strongly believe that NAB should furtherenhance the Plea Bargain law by introducing better SOP’s. And, significantly,this will empower the Courts of Law to intervene in Plea Bargain cases rather than only leaving this discretion on the NAB Chairman.

It must be understood that the law requires reform. And, fixing the anti-corruption legal system is the only way forward for the government to save the declining economy.Though, the Federal Cabinet and the Government of PTI took collective action and made some positive recommendations of amending the anti-graft law.Which was viewed as a welcoming step across the country. However, still there is a long way to go. And, while we look back at the history,there is plenty of evidence suggesting how the struggle over power hasoften provoked people to spin the law favourably towards their own interests and gains.

Every office has originally sought to bring the operation of the given organizations in line with their ownset version of accountability and institutional interests. But, through the emergence of a strong civil society, vociferous media and a newly independent judiciary, there exists a stronger guarantee to success for any future programme of accountability in the region.

Moreover, one cannot overstate the importance of whistle-blowers in the enforcement of anti-corruption laws. They are the main force behind unearthing mega corruption scandals. And we have seen how previously the UNCAC 2005, calls upon states to provide adequate protection and incentives to all whistle-blowers. Similarly, as per the research conducted by international studies, impact on corruption is strongest if we strengthen supreme audit institutions (SAI). As, they play a crucial monitoring and oversight role for ensuring public accountability in the region. In such crucial times, when the Country is economically struggling and is overburdened with external debt. There is an urgent need for new laws to be legislated in order to create a business-friendly environment in the region. 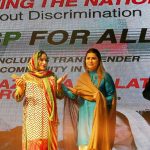 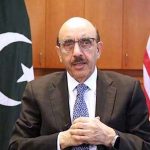 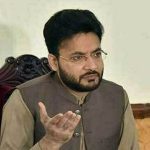