Pakistan’s economy is facing some serious quandaries that have put the future of our nation at stake. There is no denying that the economy plays a consequential role in the progress and development of the country. In today’s globalised world, markets hold a vanguard position and an economically strong state can play its proactive role to fulfil its national interests. China and the USA are the shining examples. Unfortunately, Pakistan has miserablyfailed to take advantage of today’s globalised village.

If we check the statistics, Pakistan’s economy is the 41st largest in the world. Its total size is USD 313 billion andUSD 0.3 trillion in terms of GDP. The fiscal year 2018 was the worst in the economic history of Pakistan. Increased oil prices, trade protectionism and regional rivalries affected many developed as well as developing economies. However, in Pakistan, the situation worsened due to insufficient foreign exchange reserves, increased import bills, deteriorating trade balance and stagnant remittances that had put the already fragile economy on the ventilators.

SinceImran Khan became the prime minister, he has been facing some serious economic conundrums, and as a result, he has failed to make the nation take off economically.

Pakistan’ foreign debt has reached USD 106.9 billion to pay the circular debt, and thefiscal deficit has widened to 8.9 percent of the GDP. The deficit is PKR 3.445 trillion. The trade deficit had also touched the unusual height of USD 31.8 billion, and the foreign exchange reserves have plummeted to a deadly level. Pakistan was at the verge of default,and therefore, Khan was left with no other option but to knock at the doors of IMF, the UAE, the KSA, and China for financial help. The energy crisis, water scarcity, over-population, terrorism, and non-traditional security threats are the prominent reasons that have poured oil into the already devastated economy, plunging the nation intoa pit of insecurity.

Repercussions of abysmal economic conditions can easily be seen in the form of increase in the inflation rate. According to the Pakistan Bureau of Statistics, inflation has reached 10.5 percent measured in consumer price index. Clouds of unemployment loom over the youth that comprises 60 percent of the total population.

It is the need of the hour and a gigantic responsibility on the shoulders of Khan to bring Pakistan’s obsolete economy from the era of distress tostabilisation. At this critical juncture, some valuable steps can help keep the economy afloat.

Firstly, a friendly business environment is the cornerstone in the development of any economy. The World Bank has given positive signs of doing business in Pakistan. In 2019, Pakistan was at 136th, and now it has jumped to the 108th position. It has also secured a slot among the top 10 nations with the most improved business climate. But policymakers have to ensure the continuity of this trend and remove impediments that facilitate the flow of FDI. 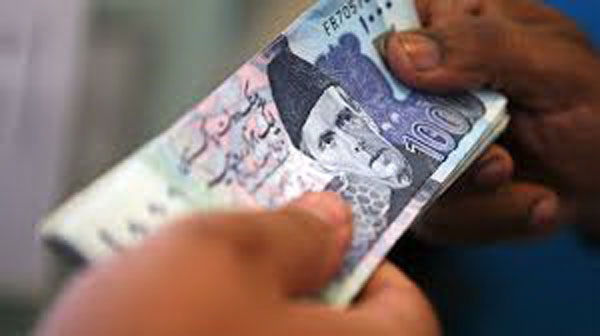 Secondly, security is pre-requisite for providing a safe economic ambiance. There is no denying the impression that terrorism affected the nation economically and wreaked havoc. Lamentably, it became the major cause of capital flying out to other countries. Fortunately, Pakistan has overcome this menace to a great extent, and the credit goes to our brave law enforcement security forces that fought gallantly toend terrorism. In a report of the Pakistan Institute for Peace Studies, terrorist attacks in 2019 decreased by around 11 percent as compared to 2018, and the number of people killed in terror attacks reduced to 40 percent. The risk is,however, still present to make Pakistan the peaceful destiny for foreign investment.

Thirdly, the fiscal deficit had reached a new height and created economic backwardness.Government deserves applause for starting an austerity campaign throughout the country. It is a positive sign, but policymakers should chalk out some bold reforms such as cutting down the VIP protocol budget that is five percent of the total GDP. It is an irony for a country that spends less than two percent of its GDP on health.

Fourthly, Pakistan possesses the great potential to become a tourism destination, including religious tourism. The KartarpurCorridor is agreat example. Eye-catching snow-capped mountains of the northern areas can be a huge tourist attraction. Recently, the UN has listed Pakistan among the top 10 tourist destinations of 2020. Tourism can help harbinger an economic revolution in Pakistan.

Fifthly, government must increase its tax collection base through a direct taxation system and strengthening of the FBR. Exports are the touchstone for today’s modern economy. Government must design policies that facilitate exporters; that will ultimately benefit the economy.

It is a well-documented fact that Pakistan’s economy is on the ventilator, and clouds of distress are hovering over it. By taking into account, however, the above-mentioned remedies,the economy can be greatly reinvigorated.

The writer can be reached at Jawadkamal076@gmail.com