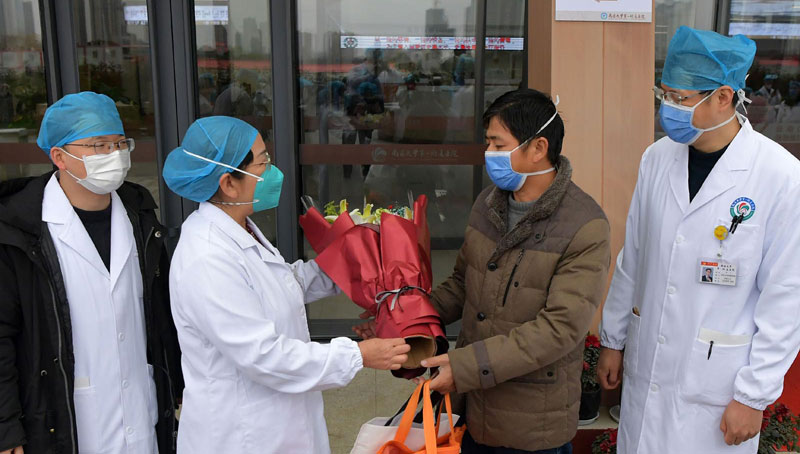 Since outbreak of the coronavirus in Wuhan city of China, the Pakistani and Chinese government are working closely to manage the situation, a statement issued by the Chinese Embassy in Islamabad reassured on Monday.

“More than 500 students and citizens of Pakistan in Wuhan are safe and sound. They are all well-attended and being looked after by the local government of the province as well as the central government,” the statement read. “Pakistani Embassy in Beijing is also following the situation and providing whatever assistance to the Pakistani students and citizens in Wuhan,” it said. “Right now, the Chinese government and the Pakistani government are in close coordination to extend all necessary assistance for their life, study and stay in China,” it added.

“Right now, we are following the Chinese community in Pakistan as well. We have found three suspicious cases but there is no confirmed case of virus in Pakistan,” the embassy statement read. “Both the governments of China and Pakistan are exchanging and sharing information regarding possible medical assistance and medial preparations,” it added.

Pakistan’s Ambassador to China Naghmana Hashmi also said that no Pakistani national residing in China has so far been affected by the coronavirus. In a video message, she said Pakistan’s Embassy in China is in constant touch with the Chinese authorities and monitoring the situation. She said the embassy is also trying its best to remain in touch with the Pakistani nationals.

On Monday, Prime Minister Imran Khan directed for taking necessary precautionary measures and formulating a comprehensive and coordinated strategy to tackle the threat.

According to a letter sent by the Prime Minister’s Office to various ministries and divisions, the outbreak of coronavirus is being experienced in China with more than 2,000 confirmed cases worldwide. Owing to the presence of a large number of Chinese in Pakistan and frequent travel between the two countries, spread of coronavirus in Pakistan could not be ruled out, if necessary precautionary measures are not put in place. “In light of the above, the prime minister has desired for immediately convening a federal level inter-ministerial meeting under the chairmanship of Special Assistant to PM on National Health Services, Regulations and Coordination to formulate a comprehensive strategy for tackling the threat,” the letter said. The proposed participants in the inter-ministerial meeting will be foreign secretary, secretary National Health Services, Regulations and Coordination, secretary Interior, secretary Aviation, provincial health secretaries, National Disaster Management Authority chairman, surgeon general Pakistan Army, director general of Military Operations, director general of Inter-Services Intelligence (ISI), provincial disaster management authorities, Civil Aviation Authority (CAA) director general, National Institute of Health (NIH) director general, Airport Security Force (ASF) director general, director general China at Ministry of Foreign Affairs, and any other official deemed appropriate by the Ministry of National Health Services.

The outcome of the meeting along with firm recommendations would be furnished to the Prime Minister’s Office within one week for perusal/orders of the prime minister, the letter concluded. Meanwhile, Pakistan-China border will be re-opened on February 2 for five days to allow over 186 containers loaded with Chinese goods stranded in Tashkurgan to enter Pakistan.

According to an official of Gilgit Baltistan Home Department, Pak-China border remained closed from December 1 to March 31 under the Border Protocol Agreement. However, in view of a large number of loaded containers stranded on the Chinese side it has been decided to open the border for five days, the official said.