Education plays a key role in national development. It makes sense of responsibility among the people. Economic development and prosperity of the nation are promoted by the good quality of education and when people become skillful and educated they play their roles in overall national development. Pakistan is a developing country. Its economy is weak. There is a lack of political stability, a huge increase in violence and terrorism activities and social unrest. All these problems are directly or indirectly linked with a poor and weak education system in Pakistan. Unfortunately, in Pakistan, it is felt that there is a shortage of skilled professionals in the field of teaching, especially at the Higher Education level. This messy situation has caused a great hindrance to the education system in Pakistan. 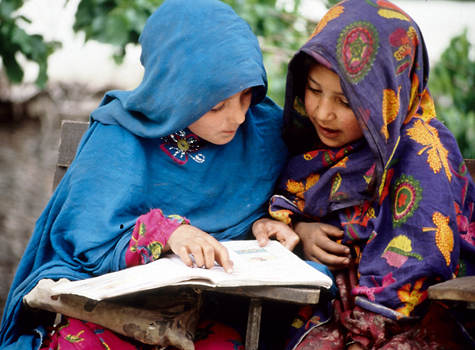 Every nation becomes prosperous by gaining an education in its own language then Why Pakistan uses English as the medium of instruction? On the one hand, it provides access to jobs. On the other hand, a huge number of children fail to understand basic lessons and are reduced to rote memorization because of inadequate language skills. Approximately 1/3rd of all students at the primary level attend a private school in Pakistan. This division of public and private schools leads to non-uniformity of our country in both rural and urban areas.

The current situation in Pakistan is quite down. The educational systems in Pakistan are giving birth to dissimilarity and division of social classes in Pakistan. As we have three types of systems of education working parallel as an English medium, Urdu medium, and Deeni Madaras. They all are following their own medium of instructions and this shows the most miserable picture of the whole community. Every social class goes for separate set up of education for their children e.g. Upper class, Upper middle class or middle class who can afford the huge fee chargers of renowned institutions send their child to English medium institutes. The lower middle class who hardly can afford the basic needs have first priority to educate their children, sends them in Urdu medium schools as they were of opinion that at least their children will become educated. Some very religious people or poor people who can’t afford the expenses of schools at all send their child to Deeni Maddaras where the medium of instruction is totally different they used to speak in Arabic or in their native or regional language. This is no doubt the murder of integrity and uniformity in Pakistan.

Pakistan has five major vernacular or native languages which are provincial languages and some other regional languages and Urdu is our national language and we should be proud of our languages. Progress cannot come without using your own language. We have many examples of developed or developing countries that made progress by educating their nation in their own mother tongue. As it is not possible for a man to walk with the legs of others, and see with the eyes of others. It is equally impossible for him to think in the language of others.

I can best explain this with an example of Holy Quran, as it was descended by Allah Almighty in Arabic and Our Prophet Muhammad (S.A.W.W) used to convey the teachings in that language because it was the mother tongue of Arabs at that time so they understand it very clearly without facing any problem.

From this, I can also relate that if we want human development it is necessary to use our own national or native language which leads to a better understanding of basic concepts and then we can get prosperity and economic development. Once Urdu is declared as the national language to be adopted as a medium of instruction at all levels of education, it will begin to take care of things on its own. Language creates width in its flow over time.