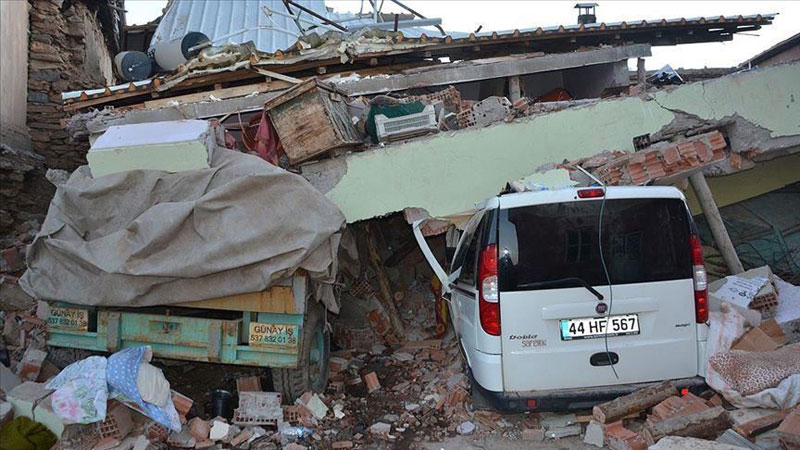 Pakistan on Saturday extended condolences to Turkey over the loss of lives caused by a powerful earthquake on Friday evening.

In a statement issued by Prime Minister’s Office, Khan said his country stand with government and people of Turkey in this difficult time. Prime Minister Imran Khan has expressed sadness over the loss of lives and property in a powerful earthquake in eastern Turkey. Separately, Foreign Minister Shah Mahmood Qureshi, condoling with the leadership and people of Turkey, said the entire Pakistani nation equally shares the grief of their Turkish brothers and sisters in this hour of trial.

The foreign minister prayed for the departed souls and early recovery of those injured in the earthquake.

Meanwhile, the Foreign Office Spokesperson expressed condolences over the loss of precious lives due to the earthquake in Turkey.

Spokesperson Aisha Farooqui said in a statement that the government and the people of Pakistan convey their deepest sympathies and heartfelt condolences over the reported loss of several lives as well as injuries to many more as a result of the earthquake in eastern Turkey.

“Our thoughts and prayers are with the victims of this natural calamity, and we wish a speedy recovery to those injured,” she said.

As always, she added, the people of Pakistan equally share the pain of their Turkish brothers and sisters and stand by them in this hour of grief.

At least 22 people were killed and more than 1,015 others injured as a powerful 6.8-magnitude earthquake rattled Turkey’s eastern Elazig province on Friday.

“Pakistan Army contingent including special rescue and relief team and field medical facilities are ready as part of assistance offered by the government,” said a press release issued by the Inter-Service Public Relations.