Educational poverty is most prevalent among the several diverse forms of poverty. It is the one that originates and amplifies the other issues for the poor, such as lack of opportunities, awareness, discrimination and so on. Therefore, development theory has declared this a fundamental factor contributing to poverty as a whole. Other forms of poverty such as income and health poverty are observed to increase the risk for people to remain educationally poor. This, in turn, is expected to make them further poor in other dimensions. Given this tangled situation, policy conduct is highly challenging to deal with this deprivation at a macro level. 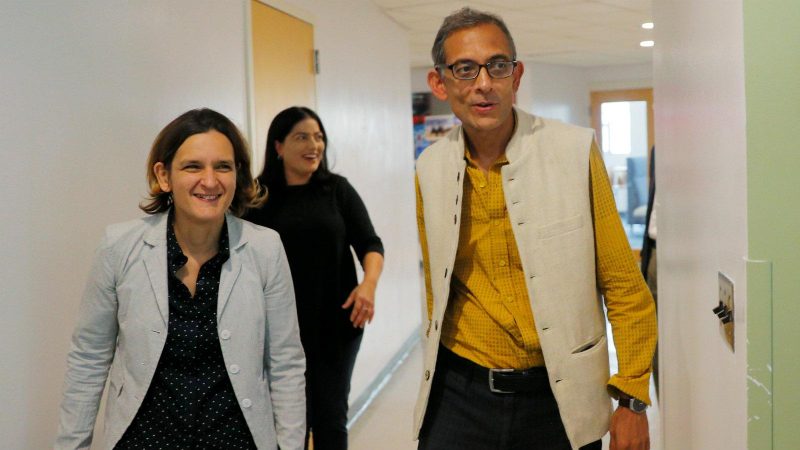 It is observed that poverty policies based on mainstream economic theories are almost everywhere ineffective. This is due to the fundamental flaws in development paradigms that propose assumption based solutions. Therefore, researchers at Abdul Latif Jameel Poverty Action Labs (JPAL) center MIT have proposed a radically different approach to tackle poverty. They opted to conduct experiments and observe what really goes on with the poor. Success or failure of development policies is then assessed by the effects of an intervention. Their evidence-based solutions are very useful and have exciting effects at large. One significant finding about the concept of poverty suggests that it is not a single big problem but thousands of small issues. This simple yet fundamental finding refers to various complex implications. From a policy perspective, it implies that a single tool cannot solve all the problems. So, it is required to find alternative policy solutions to reduce different deprivations. Nobel laureates and leaders at JPAL Abhijit Banerjee and Esther Duflo view conflicting ideological notions of free market and socialism about interventions as the biggest barrier to find effective policies. They emphasize that theoretical arguments of both paradigms are irrelevant distractions to find the real solutions.

To deal with educational poverty, provision issues must be considered to find effective solutions. It requires us to observe the mechanism of education at schools and reasons for failure. Studies show that both the private and public schools in Pakistan have a miserable situation in terms of educational outcomes. In the Banerjee-Duflo approach, solutions can be found by studying issues of each outcome separately. For instance, we can consider why there is a high drop out and absenteeism among both teachers and students of public schools. As per the JPAL procedure, it requires to formulate a hypothesis about the reasons of this problem and then test it through experiments. There are several plausible hypotheses like parents send children to earn due to a lack of awareness about returns to education. Perhaps, the demand for educated workers is lower. Studies evaluate many such hypotheses using surveys and experiments. Suppose all of these are rejected and we find parents are well aware of the benefits of education. The schools are affordable and demand for educated workers is also sufficiently high. Nonetheless, children perform poorly and drop out is high from schools, so parents have to engage them in other works to avoid sitting idly. To solve the unanswered mystery of ‘Why?’, readers are invited to follow the JPAL process and observe the process in the real world.

Millennium Development Goals (MDGs) emphasize lack of access to schools a key factor of poor education and required to increase enrolment rates. Several studies in Pakistan find that about eighty percent of students in third grade cannot read a paragraph of the first-grade level. Obviously, even the hundred percent enrolment in such schools will not solve the issue. In free-market ideology, it is supposed that failure is due to public ownership. Evidence suggests that teachers are well qualified and better paid but deliver poor results than their private school counterparts. However, it is observed that private schools perform just marginally better, not only in Pakistan but across the world. In Pakistan, only 55 percent of private school students could read a complete sentence in private schools. That is better yet unsatisfactory than the 38 percent of students of public schools. This failure of private schools is significantly observed with effective intervention.

Banerjee-Duflo and their team introduced a programme ‘Balsakhi’ in India. They hired and engaged local young women with children lagging behind the basic learning skills. This delivered dramatic outcomes as high as learning by 100 percent of children compared to just 40 percent from private schools. One important insight is community involvement in the learning process. But the most important finding from this experiment is surprising for many, that is the role of expectations. Expectations played a key role to improve performance. An experiment was conducted and students were given a fake exam. Teachers were informed about the great potential of certain students based on the test. The performance of those students improved significantly because teachers expected them to perform well.

This experiment emphasizes to inspire the teachers and observe the potential of each student. This is in accordance with Islamic tradition; human are like mines with hidden treasure. Here, setting unrealistic expectations is also a major obstacle. Most of the poor parents suppose the government job a prize for education. Failure to get this means no benefit for them, this is like a lottery that is won by only a few. Considering the low chance of their children to get the reward, parents consider education and investment not worth their time and effort. This problem can be solved by changing the perception of education. Students, teachers, and parents must understand that education is an incremental process that enhances capabilities and income stream. To develop this understanding, each year goals should be highlighted with respective achievements. It also requires introducing practical skills with a real-life application at each level of schooling. These skills must be aligned with the receptive audience such as knowledge of soil and cultivation for the agrarian community and so on.

To tackle educational poverty in developing countries like Pakistan we must go beyond school construction and monetary incentives. It requires a changing mindset of individuals, developing trust and confidence.

Note: This work is inspired by the writings of Dr. Asad Zaman Member Economic Advisory Council of Pakistan.

The writer works as a visiting lecturer at the Pakistan Institute of Development Economics. Interested in education, poverty and development issues of Pakistan