Intervention of President Zardari once again saved the irreversible polarization at the national level during the recent voting on the amendments of Army Act and has proven again to be the man of crises. Mr. Asif Ali Zardari emerged in the history of our country as a political legend with great courage and a stable personality who has been facing the most difficult hardships as a politician since day first and is still facing the victimization with a smile. I am witness to his rise in politics and his popularity with his workers and friends. He engaged the entire world for the benefit of Pakistan and successfully led his campaign of “Friends of Pakistan”. It was his policy that the then American authorities were convincing the rest of the world to bring investment in Pakistan whereas now due the wrong diplomatic policies, the same Americans are dragging Pakistan in FATF. The Middle East is burning today, while during his tenure, the situation between Iran and Saudi Arabia was the other way around. It was his wisdom to opt for mediation between the two Muslim states – Saudi and Iran. I played the role of a mediator under his guidance and eventually, the situation between the two countries was cooled down.

Mr. Asif Ali Zardari always accepted the wishes of Shaheed Mohtarma Benazir Bhutto and it was her wish that he stayed away from the politics during her first tenure of the government. However, his decision to stay out of power did not spare him of any persecution by successive governments, for being the husband of Mohtarma Benazir Bhutto. She always consulted him on all major political issues and when she was in exile. Even during the meetings, she used to talk to Asif sahib and mostly reciting some Quranic Ayats and blow through the phone to his ears. The sufferings of Asif Ali Zardari started because of his marriage to Shaheed Mohtarma Benazir Bhutto which was opposed by many including Gen. Zia-ul-Haq as all of those wanted to eliminate her from the political scene. This was the beginning of his trouble and all of sudden all types of allegations started hitting him at jet speed. He faced the worst propaganda as he was arrested with petty charges and eventually was exonerated but after long-sufferings in jail. Shaheed Mohtarma Benazir Bhutto had shared with me that Asif Zardari and his in-laws always stood with her in the most difficult days and that the opponent government offered Asif Zardari everything in lieu of leaving her but he always proved a man of courage and strong personality. The opponent government spent huge funds to sponsor anti-PPP propaganda and subsequently a movie was managed from Islamabad with ulterior motives under the name of ‘Princes and Black Prince’ which was again an attempt to tarnish the image of the couple. He faced a barrage of allegations but nothing could prove against him. He was never convicted, yet he spent eight years in prison on fake and fabricated charges. The charges were purely political as according to a report, Mohtarma Benazir Bhutto’s government was toppled in 1990 as a result of a witch hunt approved by then-President Ghulam Ishaq Khan as he illegally paid legal advisers 28 million rupees to file 19 corruption cases against Asif Ali Zardari and Mohtarma Benazir Bhutto in 1990–92.
I was Director FIA HQ when Mr. Roedad Khan was the accountability advisor, appointed by Ghulam Ishaq Khan and all the moves against Asif Ali Zardari were engineered from the third floor of Presidency under a Brigadier of JAG branch who continued even thereafter the death of Gen Zia. I witnessed the victimization of Asif Ali Zardari being Director FIA and I even witnessed some of his close associates and friends turning as approvers. This was his first phase of victimization but he withstood the pressure with courage and honor but neither wavered nor succumbed to the pressure. Later in 1996, when Mohtarma Benazir Bhutto was ousted again by President Farooq Leghari, Asif Ali Zardari became the prime target and was falsely indicted for Murtaza Bhutto’s murder as well as corruption charges and was arrested as part of the plan set by Farooq Leghari. Farooq Leghari also got arrested me too without charges and I remained in jail for one year and three months. I was pressurized to become an approver against both Mohtarma Benazir Bhutto and Asif Ali Zardari, which I repeatedly declined. The PM house record is witness as to how many times they tried and even once my great friend Hameed Asghar Qadawi came to me asking to switch the side and cooperate with government but again I declined. Mr. Afridi, the then-Interior Minister, got me to his residences through Assistant Commissioner Mr. Iftikhar Shalwani (now commissioner Karachi) and he gave me a message of Farooq Leghari and the minister who insisted to testify falsely against Mohtarma Benazir Bhutto and Asif Ali Zardari, which I again declined. I was offered the post of my choice, even head of the accountability but I declined. I remember that journey back to jail on a dusty road in an open Suzuki without warm clothes. The Superintendent Jail, Mr. Ajaz was disappointed to see me as he thought that I would have agreed to the lucrative terms offered by the government. It was my principle stand as Asif Zardari never asked me to do anything illegal. He was elected to the Senate while in a Karachi jail and from there he was released in 2004 and went into self-exile to Dubai and returned to Pakistan when Mohtarma Benazir Bhutto was assassinated on 27 December 2007. 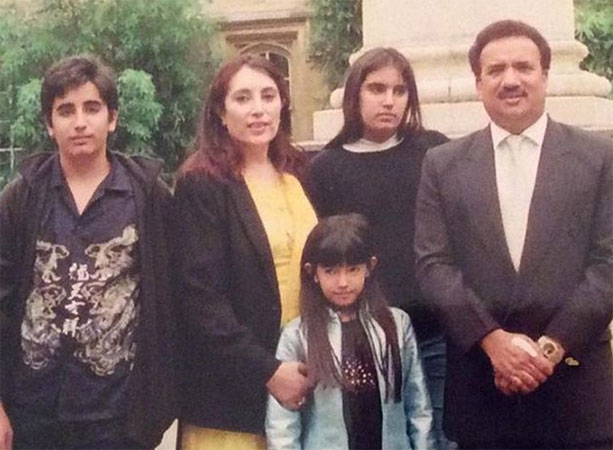 Today country is passing through numerous challenges and it is not possible for the government itself to handle it alone without re strategizing the major polices regarding both economic and Foreign affairs. I would like to advise the govt to follow thepolicies of PPP under President Asif Ali Zardari. Government needs to bring a visible relief to the public on priority basis before it shows uncontrollable reaction which might sweep the whole system away including this government itself.