A war that never happened 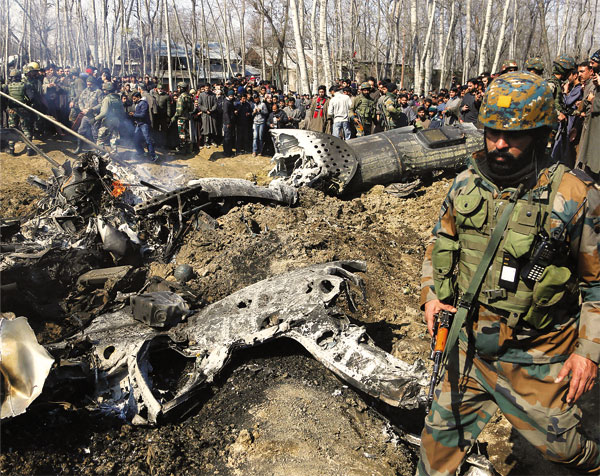 To analyze relationship between nations, their past history cannot be overlooked. The policies followed have a deep impact not only on the psyche of nations but it is also difficult to completely break away to then take a U turn towards a completely different policy altogether. This involves not only the internal dynamics but also the international policies, alliances and interests followed by nations. At best, it’s a matrix of complicated issues demanding a fine balance.

In the case of Pakistan and India- the relationship has followed snakes and ladders. One may state; more snakes than ladders. The year 2019 has been a ‘happening’ yet a tense year so far both are concerned.

The flashpoint for 2019 has been abrogation of Article 370 of Indian Occupied Kashmir. The Instrument of Accession by the then Raja did not offer a permanent merger with India. It gave the right of decision to India in fields of communication, foreign affairs and defense while retaining the right to its own constitution, flag and Prime Minister. The Raja of Jammu and Kashmir agreed a limited liaison on terms laid out in Instrument of Accession. Article 35 A deals exclusively with the rights of permanent citizens of Occupied Indian Kashmir. According to this Article, non-permanent citizens cannot buy property within the state. They can neither apply for government jobs nor vote in legislative elections. The change in definition of permanent resident or any part of Constitution could only be done with two-third majority of the Constituent Assembly of (Indian Occupied) Jammu and Kashmir. The Constituent Assembly at time of abrogation of Article 370 did not exist.

“The Constitution does not mean that it [Article 370] is capable of being abrogated, modified or replaced unilaterally. In actual effect, the temporary nature of this Article arises merely from the fact that the power to finalize the constitutional relationship between the State and the Union of India has been specifically vested in the Jammu and Kashmir Constituent Assembly. It follows that whatever modifications, amendments or exceptions that may become necessary either to Article 370 or any other Article in the Constitution of India in their application to Jammu and Kashmir are subject to decisions of this sovereign body.”

In the case of Pakistan and India- the relationship has followed snakes and ladders. One may state; more snakes than ladders. The year 2019 has been a ‘happening’ yet a tense year so far both are concerned

Government of India decided to also do away with Article 35 A. The move, its widely held aims to completely change the demographic structure of Occupied Indian Jammu and Kashmir, currently a Muslim dominated state. Upon the abrogation, India not only sent the Instrument of Accession to the dust bin but also laughed in the face of United Nations that has clearly declared it as a ‘disputed territory,’ The Supreme Court of India in its judgment did not give weightage OIK alone had the right to make any constitutional changes.

Kashmir has been in lockdown like never before under Modi’s watch. With no communication facilities, schools, colleges and businesses closed- life for Kashmiris came to a standstill. India has always passed on the grassroots movement to instigation by Pakistan that has been proved false since the crackdown on locals by the Indian Army. The killing of Burhan Wani in 2016 was the worst decision by the government that led to 120 youth losing their lives and lending impetus to the movement. With the abrogation of Article 370 the alienation from Delhi has become deeper of the Kashmiris. Pakistan downgraded its ties with India suspending trade as a result of the abrogation. 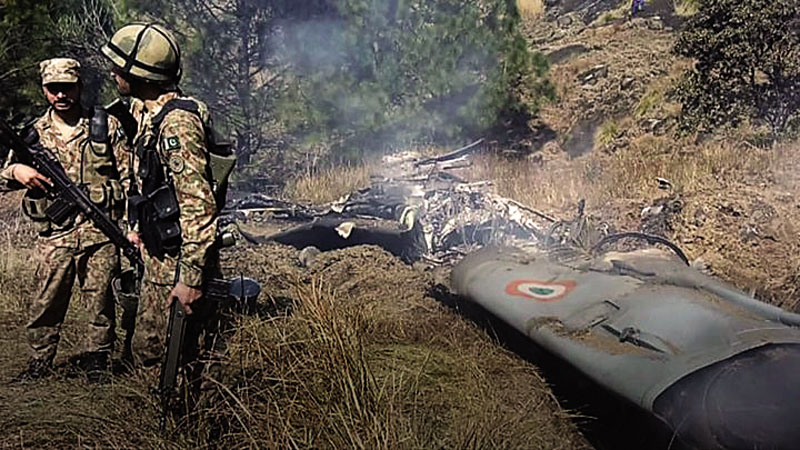 At the core of conflict over Kashmir, lies the dispute of water. The Indus supplies water to both Pakistani and Indian communities. Pakistan has only the Indus supplying water to her lands, however, for India it is one of the two sources supplying water. The Indus Water Treaty(1960) binds the Government of India not to hinder the flow of the western rivers, i.e. Indus, Jhelum and Chenab, to Pakistan, and India cannot store any water or construct any storage works, on the above cited rivers, having been given total rights since march 1973,of Ravi, Beas and Sutlej, therefore Pakistan gets flood surplus of these rivers which is released in case of excessive rains, which helps in recharging her ground waters levels, but that too will cease after the second Ravi-Beas Link is made.However, in violation of the treaty, “India had in 2012 already started works on the following projects; Pakal Dul 1000MW, Kiru 600MW,Karwar 520 MW, Baglihar (eventual 900MW),Sawalkot 1200MW (two 600mw units),Salal 390 MW, Sewa-ll 120 MW, and finally the Bursur project on the Marusudar river, which, is a major tributary of Chenab river, here the Foxland intends to build a massive water storage dam, which will control and regulate the flow to maintain levels of Pakal dul, Dul Hasti, Rattle, Baglihar, Sawalkot and Salal Hydro-projects, on the Chenab.” (Historian Naveed Tajammal)

The question that looms for Pakistan is if in due course India will completely violate the treaty? The crux particularly post-Modi election win the second time around has been his pro-Hindu and anti-minorities (particularly anti-Muslim) policies are not confidence- inspiring.

The second factor that impacted relationship between the two countries was Pakistan’s efforts to win global support for her stance on Kashmir. The response of the global community was more directed towards the plight of people of Indian Occupied Kashmir post abrogation than the act of abrogation itself.

Third, in the ongoing shelling at LoC causing casualties to both sides of the border, both India and Pakistan have accused each other of starting the offensive causing unfriendly and antagonistic postures by both.

Fourth, in February 2019, tensions had escalated when a suicide bomber reportedly of Kashmiri origin rammed into an Indian paramilitary convoy, laden with explosives that caused the death of 40 personnel at Pulwama. India held Pakistan responsible an accusation that Pakistan flatly denied. In an aerial attack by India in Pakistan administered Kashmir, two Indian jets were shot down and pilots taken in custody. Later, as a good will gesture, pilot Abhinandanwas returned to India. Modi’s administration had come in a lot of flak over the botched up attack causing India to lose face globally.

Fifth, geography and interests have placed India and Pakistan in two different ‘camps’. With Trump calling developing a strategic partnership with India a “critical part” of its South Asia policy- the spacing out with Pakistan clubbing her regional interests with China is very obvious. The stakes are high. Who will be the next world leader for coming decades? With Chinese policy becoming more assertive, the US is deeply concerned about an economic surge by China, leading to it becoming a world leader.The $62 billion worth CPEC is a part of the ambitious BRI. CPEC is a huge networking of port, roads, power plants, factories. Once completed CPEC will create roughly one million jobs in Pakistan.The project is a huge outreach by China to the world, seeking international markets for export of goods and technology to boost their economy at the same time offering benefits to linking nations as well.

Kashmir has been in lockdown like never before under Modi’s watch. With no communication facilities, schools, colleges and businesses closed- life for Kashmiris came to a standstill. India has always passed on the grassroots movement to instigation by Pakistan that has been proved false since the crackdown on locals by the Indian Army.

The ambitious posture of China raises the fundamental question as to whether China or United States will ultimately determine rules for the trade and investment. Unfortunately, Trump pulled out of TPP on his very first day in office. By staying in TPP, the US would have been in a position to help countries wanting to be a part of BRI while minimizing economic risks. Another advantage the US lost is the leverage to offer good terms of trade with the US market to countries where China is the main exporter. It can no longer offer a competitive investment plan to nations as opposed to BRI or TPP.What the US is left with is a fear of China’s outreach. Leaving TPP – the pragmatic path of molding the economic game to its advantage. Tillerson had stated that “the Indo-Pacific – including the entire Indian Ocean, the Western Pacific, and the nations that surround them – will be the most consequential part of the globe in the 21st century” and that “the greatest challenge to a stable, rules-based Indo-Pacific is a China that has taken to reworking the international system to its own benefit.” (Oct 21, 2017).

The silver lining in 2019 has been the dream come true for Sikh community with the operationalizing of the Kartarpur Corridor. The Gurdwara Darbar Sahib Kartarpur is built on site where Guru Nanak, who founded the religion, died. The Kartapur Corridor leads the pilgrims straight from India to the Gurdwara. A significant and important milestone- yet this does not mean that it will override all other differences between the two nations. This was evident by Indian Prime Minister Narendra Modi’s selective participation at the opening ceremony. Though he inaugurated the Indian side of the corridor at Dera Baba Nanak in Gurdaspur, his absence from attending the main ceremony at the Darbar Sahib Gurdwara in Kartarpur spoke volumes.

If Pakistan is riddled with religious extremism, India under Modi is carrying a heavy Hindutva baggage. BJP has emerged as the protector of ‘Hindu rights’.However, both nations have a struggling economy. India has a stronger democratic base as compared to Pakistan which is on a weaker democratic wicket.Nonetheless, neither will benefit from an outright war. After India’s incursion in Pakistan’s airspace, the message has been driven home.

In the present day world, war has multifaceted angles. In light of the multidimensional complexities involved between both; the relations between the two uneasy neighbors in all likelihood will continue on an uneven keel in the foreseeable future.