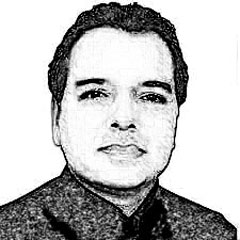 I have found that the end of the year always evokes two central themes that act as a conflicting mix. It comprises of welcoming the new year with drive, ambition, and grit, and an equal and opposite force of shying away from it since, by its nature, it brings with it the fearful unknown. Given the SED’s fiercely competent actors, the support of the teachers I am proud to possess, and the will of the people behind me, I can confidently state, that 2020 is a year we should embrace free of fear and full of resolve. In a short amount of time, we have made strides of the sort Punjab has never seen before. As 2019 gives way to the next decade, I only ask that you show us patience. We have many more strides yet to make.

The School Education Department Punjab is not an easy institution to navigate. It has a bedrock of rules and laws layered atop a complex network of processes and relationships that intertwine and overlap. What else can one expect of the nation’s second largest department and employer of hundreds of thousands of Pakistanis? When asked by the Prime Minister where I wanted to serve I chose the SED without hesitation. I chose it by virtue of its scale and complexity- not in spite of it. The fact that any work done here would directly impact the future of our children, and thus nation, was a major added benefit and responsibility. I was fortunate enough to receive my first choice.

The start was not easy. Accomplishing anything of worth rarely is. My office was flooded with so many daily teacher transfer requests that I felt the moniker: Ministry of Teacher Transfers was laughably accurate. I would soon discover that, traditionally, the Minister of Education would wield the ability to transfer teachers as a very influential stick. Favors would be extracted. Patronage would be won. Bending the system for such transparent self-interest was the first element of the role I set about straightening out.

The solution was deceptively simple: Create an online framework that would allow teachers to go about the transfer process with far more expediency, information, and merit than before. As you may imagine, this greatly outstripped the “traditional model” of benefiting whomever had slipped a file with cash to the right person. We eliminated billions of rupees of corruption along with the wastage of precious teacher time and resources allocated to a process so outdated that it very much needed assigning to the dustbin of history. The total cost to the Government of Punjab, the SED, and the tax payer? Zero. That number is what propels me to speak so passionately about how technology can aid us in leapfrogging over detrimental decadent processes and usher in solutions that are faster, cheaper, smarter, and thus help the most important stakeholder: Our children.

But utilizing tech-based solutions only began with our E-Transfer policy. Having learnt valuable lessons while hammering through its implementation, I voiced my concern for the lack of other similar solutions. I worked diligently with some of the SED’s best and brightest individuals. Without their help, my sense is the SED would still be in the digital Dark Ages. We introduced the HRMIS portal to collect the data of more than 400,000 teachers working with the SED Punjab. For context: This was a first-of-its-kind reform that shone a light on who our teachers were and where they were from. There is little dignity in being invisible even as you toil diligently without recognition or acknowledgment of even your name. Today, our portal provides the names and faces of those incredible individuals at just the press of a button. Our hope is to continue to expand on it so that we can give them a voice and, soon, the option to speak not only with us, but also with one another. I cannot help but feel a deep frustration with my predecessors for allowing such a resource to go about faceless and unheard. I can only hope our mark is one that will create permanent uplift.

But permanent uplift is not an easy thing to create. 2019 has been a year centered around creating opportunities to meet the demand for education that we are seeing grow year after year. We call these solutions supply-side interventions. One of these projects has been the Insaf Afternoon School Program, a program built around the necessity of needing more school hours in the day. Having schools run during the afternoon and evening, when they would be an otherwise shuttered building offering us nothing, created exactly what we were aiming for: More school time for more children. We were able to place 20,000 students in these programs scattered throughout Punjab. The cost to us was minimal since the most important expense in this program was already accounted for: The teachers. We simply asked them to teach in our schools in the evenings instead of at the tuition centers they were already going to. In return we paid them an additional honorarium, but my guess is the opportunity to have a direct impact on out of school children was the real motivation for them. It always surprises me how many people in Pakistan will go out of their way to help each other. I hope I never stop being surprised.

A concentrated effort needs to continue in the schooling space. I have simple advice for actors within our systems who need weeding out: Change or build higher walls to hide behind. You can avoid it or delay it, but progress endures all the same

The Insaf Afternoon School Program was a success, but I was not satisfied. Our out of school children issue is one that has been the subject of many academic papers and even more attempts at policy reform. Some of these reforms have had more sincere implementation than others. The problem often presents itself as unwieldy and impossible. But even the most complex of Gordian issues often boil down to fundamentals. This issue is one of supply and access. There simply are not enough schools in Punjab. To mitigate this, the SED has finalized a plan to open 100 new schools in rented buildings. These 100 rented schools are estimated to cost the same as building 3 comparable schools while being functional within a fraction of the timeline. Indeed, our expectation is for the aptly named Insaf Primary School Program to usher in the new academic year with a leonine roar as this calendar year closes.

Another major structural change we have implemented is bringing the national language of Pakistan, Urdu, to the forefront of our primary schools as the medium of instruction. This is not a show of hyper-nationalistic posing. We have seen from our neighbors in India just how dramatically disastrous stoking the flames of divisive self-separation can be for a country. Rather this decision stems from the struggle our children encounter daily with regards to communicating and comprehending a language that is not native to them. Still, as it is an international language, English will have its place squarely in the curriculum as its own course.

Some of what we have set out to achieve is sobering. Our voice on helping the environment has been loud and clear but needs bolstering still. We stand in proud support of and encourage activism in young people who, of course, have an incredible impact. Perhaps there is no clearer example of this than 2019’s Time Person of the Year: Greta Thunberg. It is my personal wish for Pakistan to produce its own climate icon. A country as water-stressed and climate dependent as ours needs one. This grave need is only matched by our formidable ability to produce heroes when we need them most. The SED and its team of volunteers has worked tirelessly to spread awareness on the dangers of climate change and our immediate crisis: Smog and air pollution. 2019 marked the first time we closed schools to help mitigate any smog-related damage to our youth. We plan to usher in more reforms in 2020, including air quality level linked health advisories and actions. We are also cooperating with transit companies to do what we can to reduce the number of vehicles on roads since that is a major cause of air pollution. Resolving environmental crises must be our province, our nation, and our world’s number one priority.

2019 also saw us implement many other reforms that have shifted the axis of the system towards more transparency, less corruption, and more involved, decentralized ownership. The Online Teacher Leaves System was created and implemented, the Punjab Sports Strategy Plan was drafted, the first ever Punjab Education Policy broke ground, and the Clean Green Pakistan drive was made known to schools across the province. There is more still to accomplish in 2020 since we will be able to build off of our present and previous successes and use this momentum to thrust ourselves at tackling thornier problems. Reforming and advancing teacher training via the Quaid-e-Azam Academy for Educational Development is high on our list. 2019 saw us resolve the issue of disingenuous private schools refusing to honor the spirt and letter of the law. We plan to continue to level the playing field so as to never have an honest public or private school be disadvantaged by the practices of an illicit few. Lastly, the Punjab School Construction and Rehabilitation Program, under which 110 Model Schools in 11 districts, 2000 new classrooms, 1000 science labs, 1000 computer labs and 400 libraries are being built, was initiated and will be completed by March 2020.

Much work remains to be done. But I find faith in the fact that the force and magnitude of our direction taken will create the sort of socioeconomic uplift that will resonate for quite some time. The foundations of our nation lie deeply entrenched in education. Simply look to its inception point: Without Jinnah’s superb background in Law, today we would all find ourselves in India at the mercy of a radical Hindutva. A concentrated effort needs to continue in the schooling space. I have simple advice for actors within our systems who need weeding out: Change or build higher walls to hide behind. You can avoid it or delay it, but progress endures all the same. I guarantee it. I would also like to express gratitude to the teachers who have made this role much more fulfilling for myself. I hope I continue to enjoy your support. Please keep talking to myself and my staff. Your voice is a crucial one. Finally, to the youth of the nation, I say: This is for you. I hope we can do more.

The writer is Provincial Minister of Punjab for School Education