Clean up before the next elections

The combined opposition parties are demanding fresh elections. Unless the ground rules are worked out it may prove to be an exercise in futility. In the checkered political history of Pakistan, only free, fair and indisputable electoral exercise speaks for itself. By most counts, the ballot in 1970 was free and fair, but it resulted in the break-up of Quaid’s republic. Being underage I could not vote then, but after that, I have stood in queues to exercise my right ten times with 2018 being the eleventh. 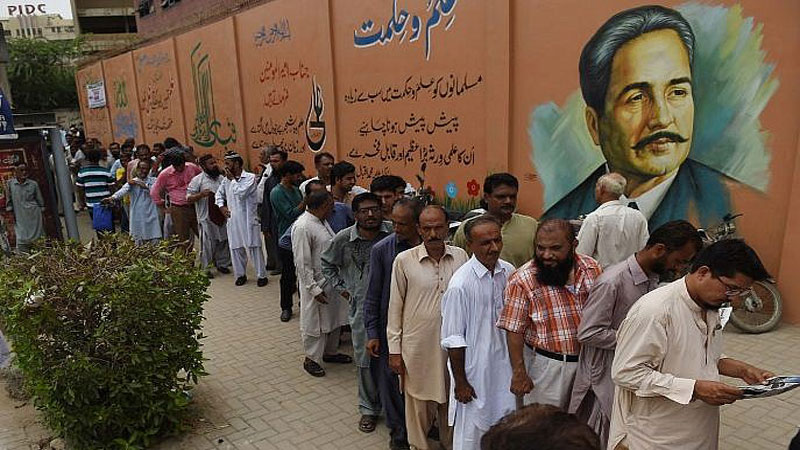 Elections in 2018 were very peaceful. The infamous police force was kept outside, personnel of the armed forces supervised the electoral process. The entire activity was very orderly, unlike the elections between 1977 to 2013. Some problems in transmission of results were encountered; earlier, there were reports of pre-poll harassment by agencies, but the ballot was conducted very orderly. Imran Khan won the seat from Lahore with a narrow margin, which was then won back by Khawaja Saad Rafiq in the by-elections. I only voted the first time.

Some people argue that a free and fair ballot is a self-cleansing process and should continue uninterrupted. Perhaps, it was true until 1977 but after that it has been downhill. The 1985 party-less elections were the hardest blow against democracy. Pakistan has not recovered from that setback. The boycott of the electoral process by the real democratic parties of the country proved to be disastrous. It left the field open for political bounty hunters to enter the assemblies and hijack the entire process for people’s participation and power.

Another electoral exercise without major cleansing would be another debacle. Unfortunately, the pseudo political players of the country continue to destroy not build democracy. The current tiff between the government and the opposition is on corruption not politics. The prime minister stands firm against the corrupt but some of those who surround him also fall in this category. It seems that the only defence left for the accused opposition members of parliament is to point fingers on the controversial figures sitting on the treasury benches. It seems coming out clean is on no one’s agenda despite tall claims of sainthood. Saints usually have nothing to hide and are always willing to raise the curtain for the public to see their assets. Mystery is generally mischief. The mysterious increase of assets of most parliamentarians calls for major efforts to uncover the secrets of their unprecedented financial rise.

Elections provide the door to democracy. Contestants have to be clean for a fair contest as tainted individuals contaminate the entire system

In most discussions, people are baffled by the un-parliamentary behaviour of parliamentarians. Our parliament is no longer a forum of public representation, it is perhaps the fastest route to glory, money making and assets building. No wonder I am always appalled at the lack of seriousness amongst the elected leaders to take up public welfare issues and legislate on it to provide legitimate relief to the exploited and oppressed.

As student leaders in the seventies, we had direct access to ministers and chief minister who were able and willing to solve the problems being faced by students. The first elected government of Bhutto was rightly called the ‘awamihukumat’ (people’s government) as it was always there on the side of the masses. There were hardly any complaints of financial impropriety by the elected representatives of the people until the party-less elections of 1985.

Since 1985, a lot of contaminated water has flown under the bridge. The menace has now become an epidemic, which calls for effective treatment, and even surgery may be required. In a country with no tradition of revolutionary justice some effective mechanism has to be evolved to restore the credibility of our elected bodies. A parliament is the mother of the nation that must be pure and clean as it was in 1947 when the journey started and after the 1985 party-less elections.

Both Benazir Sharif and Nawaz Sharif had agreed on forming a truth and reconciliation commission as part of the COD but it did not materialise. Today the country needs an assets reconciliation commission (ATC). Everyone elected since 1985 should be made to appear before this commission to reconcile their assets; those who fail should be disqualified with recovery of the loot. It is perhaps the most civilised way of cleaning the political stables.

In principle, cleansing is required in all institutions. Parliament being the mother institution has to be cleansed first, the rest can follow. Elections without operation clean-up would add to the miseries of the nation. In order to resolve the Brexit, the United Kingdom has gone through three elections in five years. The electoral process has been used to settle an issue of national importance. The will of the people has been determined in a very credible manner with no complaints of rigging or manipulation.

In a real democracy people are elected to serve the nation instead of building their own assets, which has been ongoing in the ‘land of the pure’ since 1985. Elections provide the door to democracy. Contestants have to be clean for a fair contest as tainted individuals contaminate the entire system. The result is the corrupt getting elected through unfair means and then indulging in corruption to rob the nation of its wealth. For common good, the operation clean-up has to be completed before the next elections in 2023 or even earlier; otherwise, it will be business as usual.