Dear Kaptaan, this is not cricket

While granting bail to Rana Sanaullah, a very prominent and vocal leader of one of Pakistan’s main opposition party, aLahore high court judge made this telling and damning comment: “Political victimisation in our country is an open secret.” That too, in his written order, no less. 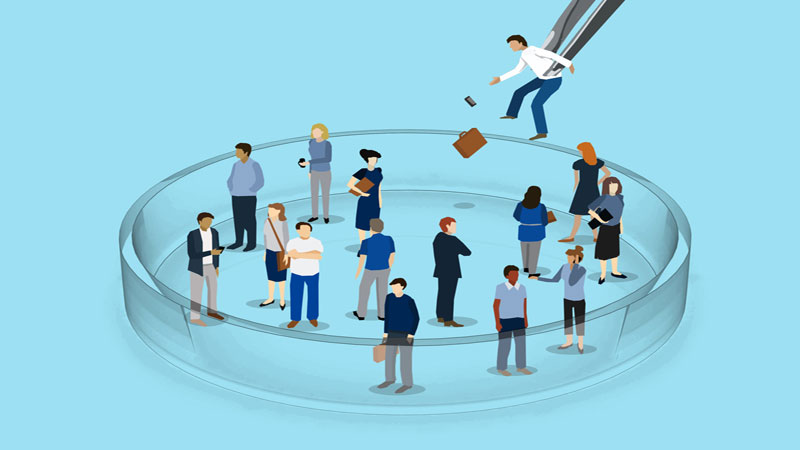 Now, my dear Kaptaan, you, your lieutenants, and supporters may rant against the judge and the judiciary on this and some other judgments unfavourable to the government, but every Abdul knows that, in this instance,the honourable judge is spot on.And what a pity that he, in whom so many Pakistanis and Pakistani well-wishers worldwide vested their hope and faith as an enlightened, liberating and forward-looking leader, should now accuse the courts of partisanship, the very courts that made possible his ascent to the top, a position that heso obviously and dearly coveted.

It is a bit sad to hear Prime Minster Imran Khan now say that there are mafias in the Federal Board of Revenue and other government institutions, in politics and in newspapers, which he accuses of carrying bad news against the government every day. That sounds a lot like Donald Trump and a bit like Narendra Modi. That’s OK, given the bad times we live in, but for those of us who know some history, it is more than a bit scary.However bad, Trump and Modi are mere aberrations. The United States will reset rather soon, and so too will India, sooner or later, given the strength of theconstitutions and state institutions, robust history and civil societies of both nations, but I increasingly fear for my struggling country.

In an atmosphere of ill-concealed harassment and vendetta, there is apprehension and alarm in the air. If allowed to develop unabated, this growing tendency to denounce all critics is a potentially dangerous cocktail of Stalin’s Soviet Union and McCarthy’s America. While most readers will have at least a hint of what I mean by Stalin’s Soviet Union, many will ask, what is McCarthy’s America.

McCarthyism, which gripped the US in the late 1940s and into the 1950s, was the practice of making unsubstantiated accusations of subversion or treason against officials and public figures. Led by the Republican Senator Joseph McCarthy, it was characterised by a campaign of spreading fear of communist influence on American institutions and of espionage by Soviet agents.

To quote from Wikipedia, “The term has since taken on a broader meaning, describing the excesses of similar efforts. In the early 21st century, the term is used more generally to describe reckless, unsubstantiated accusations, and demagogic attacks on the character or patriotism of political adversaries.”

McCarthyism was premised on the assumption that there was “a red under every bed”. Thousands of people were either actively investigated and persecuted as communist agents or sympathisersor became suspect under the wide net cast by it. The list was long, and it included Albert Einstein and Charlie Chaplin.

McCarthyism was subsequently denounced and McCarthy himself humiliated. In the meantime, many had lost their jobs or had their careers ruined; some had been imprisoned. But that being America, none was ever ‘disappeared’.

When it comes to beingdisappeared, try as they might, none can beat Joseph Stalin, the Communist dictator of the Soviet Union. His name is synonymous with ‘show trials’, the Great Purge, dreaded midnight knocks at the front door and forced disappearances.Under Stalin, suspected “counter-revolutionaries, enemies of the people, and foreign agents and spies”, of whom there was a plentiful supply, were either executed or sent to concentration camps in the remote Siberian wildernesses, the so-called gulags, where they either froze, starved or toiled to their deaths.

Politics and statecraft may not be a gentleman’s game like cricket, but one still needs to abide by the rules and maintain some measure of humility and civility

It is said that revolutions devour their own children. This is true of the French Revolution of the late 18th century, which overthrew the monarchy, and the more recent Chinese revolution, which brought the Communists to power under Mao Tsetung. But nowhere is this truer than for the Russian Bolshevik Revolution of just over a century ago.

Following the death of Vladimir Lenin in 1923, Stalin took control. Once he had established himself firmly, he proceeded to decimate the entire revolutionary leadership, beginning with the exile and murder of his main foe, Leon Trotsky, followed by the show trials and execution of the rest, such as GrigoryZinoviev, Lev Kamenev and Nikolai Bukharin.The Genie of repression did not spare even its own spearheads. The first of them to be executed was GenrikhYagoda, the head of the NKVD (the precursor of the infamous KGB) under whom the great purge commenced. The next to face the bullet was his successorNikolai Yezhov, the hero of the show trials (1936-38).

It was left to Stalin’s successors, led by Nikita Khrushchev, to arrest and execute Yezhov’s successor, LevrentiBeria, in 1953.Khrushchev later revealed that it was merely an act of self-preservation on their part to eliminate the dreaded head of the KGB before he could get rid of them. He proceeded to denounce Stalin’s personality cult and excesses a few years later.

With a stagnant economy teetering on the brink, a hostile neighbourhood-for which all the fault does not necessarily lie with our neighbours-and dangerously polarised politics, the last thing that Pakistanis need is a siege mentality, the feeling that there are enemies lurking both within and without.It doesn’t help that the prime minister often resorts to revolutionary language and gestures himself, like breaking bones and hanging the corrupt from lamp posts.

This constant reference to enemies, corrupt mafias, traitors, saboteurs, etc,surely cannot restore confidence in the country or its leadership and threatens to become either a self-fulfilling prophecy or to descend into a purge.

Let me make two points as humbly as I can. Firstly, being the prime minister of a troubled, diverse and complex country such as Pakistan is not the same thing as being the captain of a national cricket team. Secondly, as they say in cricket, crying foul, cutting corners, bending rules and hurling accusations, right, left and centre, both at the opposing team and the umpires, is not cricket.As captain, Imran Khan successfully fought for neutral umpires in the game. The cricketing world remembers him for that, among other achievements. In a democracy, the judiciary and the press are like umpires. Politics and statecraft may not be a gentleman’s game like cricket, but one still needs to abide by the rules and maintain some measure of humility and civility.

Kaptaan may not like some decisions or comments of judges or journalists, but that is no reason to condemn them. Unless, of course, one is aiming to become a Vladimir Putin, Abdel Fatah el-Sisi, or Recep TayyipErdogan, rather than emulating democratic leaders, past and present, near and far.