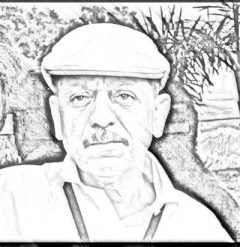 The special court verdict in Gen Pervaiz Musharaf case was shocking for the entire nation in particular and for the whole word in general. Not being an expert on legal matters and am not being directly or indirectly connected to the legal community of the country, I am not in a position to discuss the merits and demerits of the detailed judgment, experts on legal matters have in detail discussed and debated the special court judgment on electronic and print media. One thing on which all legal experts agreed was the words used by honorable Justice Waqar Ahmed Seth quote “Be hanged by neck till he dies on each count as per charge and if by chance he dies before the date of death penalty his corpse be dragged to the D- chock, Islamabad, Pakistan, and be hanged for three days” unquote. Such harsh and rough words of para 66 of the detailed verdict made think what to talk of legal fertinity but even a lay man that the judgment showed a personal grudge. Lawyers, journalists former judges and general people criticized the wording used in para 66, which strengthens the general perception that the verdict is based on emotions and biased.Every Pakistani felt ashamed of to be a citizen of a country where dead bodies are being talked to be hanged for three days.

We have seen in recent past when the most wanted terrorist of the world was captured and killed by US SEALS his dead body respectfully got the sea burial. Tipu Sultan the most feared enemy of the British when died in the battle of Seringaputum , was given an honorable burial by the British.

So dishonoring the dead is now a history. In the civilized society even the dead bodies of animals are treated with respect. The respectful treatment of dead bodies is a universally recognized norm and practice, and Islam pays special emphasizes on respecting the dead, equally for Muslims and non-Muslims. During the Gahzwat and holy wars( Jahad ), the non-believers dead bodies were never dishonored or disfigured by the Muslims.

Gen (red) Pervaiz Musharraf who served this country for a long time ,fought battles for the country, remained Chief of the army staff ,chairman joint staff committee and President Of Pakistan for nine years, and introduced the conception of ” Pakistan First ” , would have never thought that he would be tried for high treason. This is entirely a legal matter and the experts from the legal community are best to shed light on it.

Gen. Musharraf took over in a bloodless coup on 12th October 1999, when he was dismissed from services while he was out of country and his plane was in the air which was denied landing at Karachi airport by the than government , the armed forces of Pakistan were left with no option but to take the extreme step of taking over the government , and that action was validated by the higher judiciary of Pakistan and by the parliament also, he was considerate enough to send certain politicians in exile to Saudi Arabia on the request of the Saudi government , whereas Gen, Zia had sent the most charismatic and undisputed leader of the country and the third world Z A Bhutto after launching the “operation fair play” to the gallows on a fabricated case which was latter on termed as “The judicial murder”.

Just after the 1965 war an unknown solider( Happened to be my uncle Maj. Ahsan Omar ) from the war front wrote a letter which haunts me even today with the caption “Apkikursikatawazun us kituti hui tang say kaimhai” (Your chair is balanced because of his broken leg) and this stands true even today. The ex-chief of the army staff sentenced to death on the charges of high treason. One fact which no one can deny that the man who has been charged with high treason commanded the gallant armed forces of Pakistan for fourteen years and fought two wars himself gallantly and under whose command our soldiers kept the balance of our chairs on which we sit very proudly with stiff collars.

Gen. Musharaff gave this country and the people confidence and pride, a pride to walk with their heads upright. His tenure as president of Pakistan was one of the most challenging and demanding, even when he was threatened of “Pakistan to be bombed to the stone age” he kept controlled of his nerves and instead of taking Pakistan to stone age he took Pakistan towards development and prosperity.

During his rule he was faced by internal and external challenges one after the other, but with determination and strong belief of “Pakistan First” he overcame all the challenges and with dignity, honor and reverence fought the case of Pakistan at international forums.

The man who introduced the conception of reconciliation was not provided the opportunity of any reconciliation rather he was humiliated by the black coats at every appearance in the courts.

The history of world is proud of many former generals who after retirement from the army entered politics and served their country as a civilian and left a prominent place in the history. .

One of the basic and utmost responsibility of any government and head of the state is to establish the writ of the government, and safe guard the life and property of its citizens , save the country from internal and external threads, by utilizing the country’s various organs and all these responsibilities he fulfilled in most august and magnificent manner. He turned many dying state owned enterprisers like PNSC into profit earning ones, it became possible during his tenure that Pakistan was able to say good bye to IMF. He was the first head of the state or government who gave independence to the media and introduced the culture of private TV channels, the same TV channels now in talk shows are critical of him even labeling him as a traitor at time they were forcefully demanding an action on Lal Masjid, and when he took a firm action ,they started criticizing the same. As head of the country Gen. Musharraf fulfilled his duties to the best of his abilities and took decisions in the vast interest of the country. Like other leaders he never accumulated wealth, didn’t established industrial empires nor opened up accounts in foreign banks. After retirement he was the most sought speakers in the world’s most prestigious universities and the think tanks and was the highest paid speaker, after Muhtarma Benazir Bhutto, Gen.Musharraf was the only Pakistani to have the honor to address the world scholars and policy makers.

Mr. Mushraf tried his best for reconciliation and gracefully accepted his role as the president of Pakistan without uniform. It happened first time in the history of Pakistan and probably in the history of the world that a military dictator shed his uniform, conducted free, fair and impartial elections and handed over the power to the elected representatives of the country. Theself-claimed Field Marshal Ayub Khan instead of following the constitutional path wrote a letter to the than commander in chief General Yahya Khan to take over, General Zia remained in uniform for eleven years , conducted party less elections and even sacked his handpicked prime minister Muhammad Khan Junejo , none of the former Generals were ever forced to resigned, defiantly here a big question mark stands, why a man who had shown by his deeds his sincerity for democracy and for the country was forced to say KHUDA HAFIZ in his last speech as the president of the country.

The writer Is Ex- Marine Engineer, presently serving in a private organization 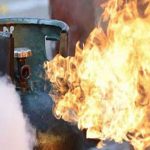 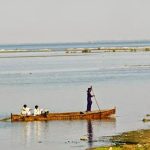 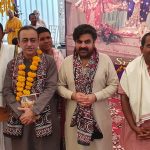 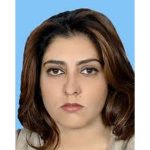