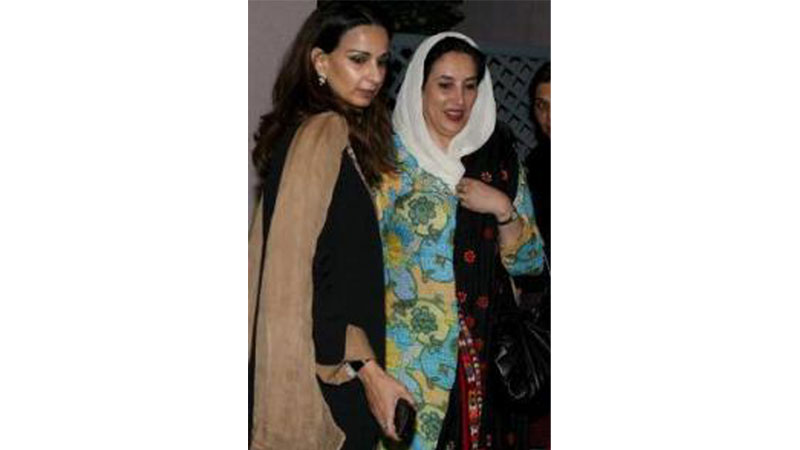 Twelve years is a long time in Pakistani politics, but when I think of Benazir Bhutto on this day, my heart still contracts with the sharp pulse of an open wound. 27thDecember 2007 changed Pakistan in every sense of the word. Despite being asked to recreate my memories of that fateful day, it is difficult to even record the details.

The day was bright with winter sun, and as I rushed from the airport she texted to hurry because she had a campaign to talk about right after the jalsa. Despite the threat to her person, and after the scars of October 18thstill fresh on bodies and minds, she was determined to be among her people. When I got to her residence she was already in her car, so I got into another vehicle that was parked in her driveway, engines on for moving. In that long drive to the Liaqat Bagh which changed our lives, and the course of history for Pakistan, I can never forget how tense her security volunteers were. General Musharraf had withdrawn most of the police she was entitled to, and insisted that she would not, could not contest the 2007 election. Of course Benazir Bhutto did not agree, nothing was going to stop her that day, or any other day.

At the jalsa she was shining at her brightest, happy to be in Pakistan’s sun, out on the trail with her beloved people whom she felt passionately duty bound to protect. This was what she came back to Pakistan for she said, to brave the odds, “not campaign from drawing rooms” even after the October 18 carnage her welcome convoy was put through.

In the middle of the jalsa we received news of an attack on Nawaz Sharif, and she asked two of us to message him immediately. They were able to speak briefly, despite the noise of the jalsa. She wanted room for all political forces to expand, not shrink. This was what the Charter of Democracy was about for her.

Pakistan was going through terrible convulsions, brought on by terrorism. In Swat the terrorists and militants were amassing, ripping out the Pakistan flag in one place to replace it with their black ensign. She reassured the cheering crowd that she would protect her beloved Pakistan, and make sure our nation’s flag flies high in every patch of our soil. The crowd roared back with the kind of love that she and her father, and now her son evokes.

As we raced to our car to leave the jalsa gahwith her own convoy, within minutes of our vehicles moving out, something seemed wrong. The skeleton crew of police vans seemed to be off path, and within minutes a huge blast ripped through the crowd. Our heavy, four-wheel jumped up in the air like a toy car, shattering all its glass on our faces. In the shock and confusion, I remember someone saying shots were being fired too, and we must stay down. Then someone pulled me from the vehicle and dragged myself and Rukhsana Bangash away from the cars and debris of blood and chaos. My shoes had been blown off in the blast, and what felt like whiplash in the neck. Others around us were injured much worse, and many died that fateful day. We prayed that Bibi, as we affectionately called her, was safe, even though her vehicle had been damaged.

Dizzy with shock as we reached the hospital in a journalist’s car, after putting many of our injured boys in ambulances and cars, we saw the hospital gates heaving with a volatile crush of people. It was then that my colleagues and I found out that Benazir Bhutto had been brought there, bleeding out from her injuries. For what seemed the longest minute, the world spun around in shock, ebbing and flowing in nauseous wave that swept everything away, along with certainty and at that point, even hope. As the hospital staff wheeled me into the room where they had placed Amin Fahim, we struggled to find out more about her condition, but we heard nothing until the doctor squeezed into the room past crowds, to give us the terrible news. We were the first to be officially told he said.

From then onwards, life changed. The path to go onwards seemed overshadowed by the dark clouds of an existential despair. But we had to inform and face the family, coming in from Dubai, and pick up the pieces for them and her legacy. The journey form Chaklala airport to Naudero in a dark C 130 was like a nightmare best not retold. Nobody could come to terms with what had happened. Her son, Bilawal Bhutto Zardari, accompanied her body when we landed. The rest of the family and her core party group followed in whatever vehicles we could muster. The roads of Sindh, like most of Pakistan, had gone pitch dark. There was not enough fuel in our vehicles, as petrol pumps had closed down like everything else. I remember the convoy stopping when fuel ran out so we could get into other vehicles of party activists making their way to pick us up from Larkana. After the funeral, the party CEC met to regroup, to find a semblance of order in the whirling chaos all around. In her tradition and words, life had to go on, responsibilities met. Benazir had become a martyr like her great father, Shaheed Zulfikar Ali Bhutto, and it was incumbent to lead the country out of a dangerous moment, said Asif Ali Zardari. Douse the fires of revenge burning in many hearts, her son said, and seek what she sought, democracy and its navigable freedoms. Before that long, cold night was over, the CEC of the PPP had imposed a crown of thorns on young Bilawal Bhutto Zardari. He recognized then that there was no avoiding the mantle of leadership at a time when the public blood was high and the fires of a deep collective anger were burning across the country. History took a turn as he said “democracy is the best revenge.” Twelve years later, the PPP and the Bhutto family are still fighting that fight, and will go on doing so, for Benazir Bhutto’s promise Pakistan to be realized. Today, her message of inclusion, tolerance, equality and peace as advanced by her son, is a ray of hope for a region divided into violent binaries.

Sherry Rehman is PPP’s Parliamentary Leader in the Senate of Pakistan and Vice-President of the party; she has served as Leader of Opposition in the Senate, Ambassador to the USA and Federal Minister in the Government of Pakistan