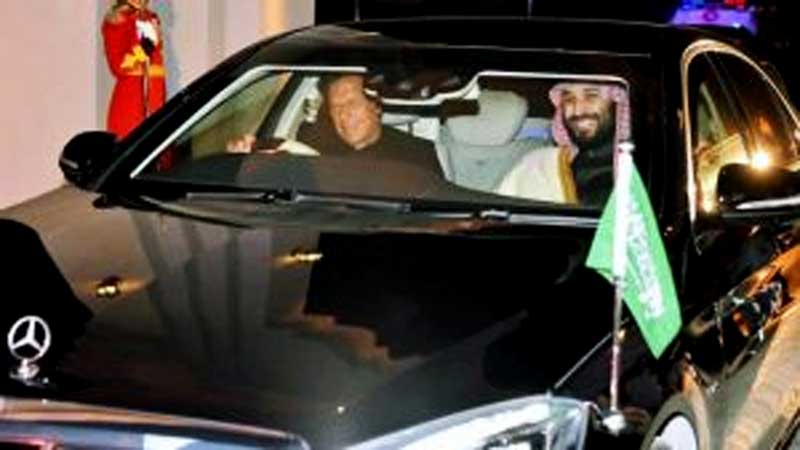 Turkish President Recep Tayyip Erdogan on Friday alleged that Saudi Arabia threatened Pakistan with extreme measures, including the imposition of economic sanctions on the country and deportation of its citizens working in the Kingdom, to stop it from attending the Kuala Lumpur Summit.

“Unfortunately, we see that Saudi Arabia pressures Pakistan. Now, there are promises that the country has given to Pakistan regarding the central bank. However, more than that, there are 4 million Pakistanis working in Saudi Arabia. They (threaten by saying that they) would send (Pakistanis) back and re-employ Bangladeshi people instead,” Erdogan was quoted as saying by Turkish newspaper Daily Sabah. The comments regarding the non-participation of Pakistan in the summit were made by the Turkish president in a conversation with journalists in Kuala Lumpur.

According to the report, Erdogan said it was not the first time that Saudi Arabia and the United Arab Emirates had put pressure on a country for doing or not doing certain things. He added that the kingdom has also threatened to withdraw money it had deposited in the State Bank of Pakistan.

According to Erdogan, Pakistan had to comply with the Saudi wishes “due to its economic difficulties”. Responding to another question regarding the absence of Pakistan and Indonesia at the summit, Erdogan said he would have ‘liked to see them here as well’. Erdogan said Turkey will continue its cooperation with Malaysia, Qatar, and Iran over both regional and international issues, underlining the importance of unity in the Islamic world. “(During the Kuala Lumpur summit) We had the chance to discuss the challenges that the Islamic world faces with the participation of the presidents of Turkey, Malaysia, Qatar, and Iran as well as many other high-level representatives from various countries,” he said.

When contacted, Foreign Office Spokesperson Aisha Farooqui said Islamabad is in the process of ascertaining the veracity of the news report and will issue a statement once it has all the facts.

Pakistan was one of the first countries with which Malaysian Prime Minister Dr Mahathir Mohammad shared his plans for holding the summit when he met PM Khan along with Turkish President Tayyip Erdogan on the sidelines of the United Nations General Assembly session in New York in September.

Later, PM Khan formally conveyed his acceptance of the invitation for attending the summit when Deputy Foreign Minister of Malaysia Marzuki Bin Haji Yahya called on him in Islamabad on Nov 29.

After Imran Khan’s recent visit to Saudi Arabia, allegedly due to pressure exerted by the kingdom, which had extended a helping hand to the Pakistan Tehreek-i-Insaf government during its early days to stave off economic crisis, the prime minister decided to stay away from the Kuala Lumpur summit. Foreign Minister Shah Mehmood Qureshi later announced on Tuesday that there would be no representation from Pakistan at the summit of some 20 Muslim countries.