“We aim for a best holiday destinations list that is geographically diverse, as well as one that covers a range of trips, from eco-tourism to adventure, to inspire every type of traveler” The magazine wrote in the preamble.

The CN Traveler magazine published an article under the title ‘The best holiday destinations for 2020’ where Pakistan has been ranked on the top, meanwhile, UK, Kyrgyzstan and Armenia ranked second, third, and fourth, respectively.

Nevertheless, the CN Traveler magazine is outstanding for outlining extravagance travel spots since 1997. 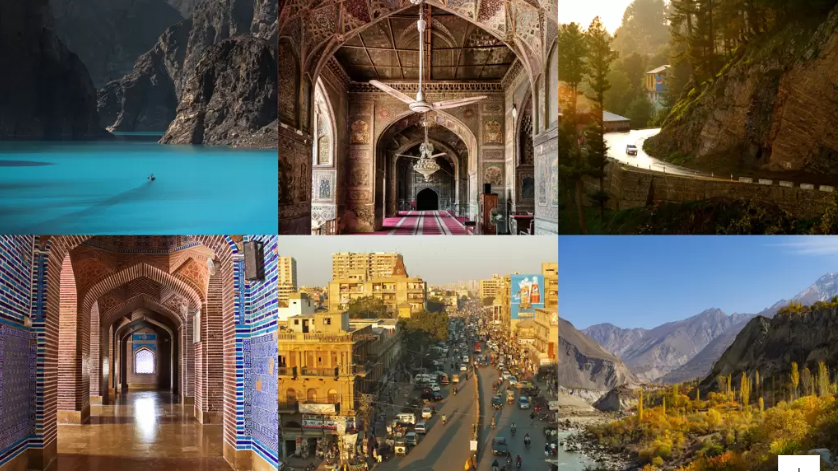 By outlining the auspicious and salient feature of Pakistan the magazine has written,

“this is a place of exquisite landscapes, where green spaces are overlooked by towering mountains. Pakistan has more peaks taller than 22,965ft than China and Nepal combined… The Duke and Duchess of Cambridge are also due to visit this Autumn to witness the magic of the mountains first-hand” appeared in the magazine.

Recently, a UK based online publishing newspaper — The Independent, in an article under the title ‘This is Where the Experts Recommend for Travel Next Year, From Egypt to Pakistan‘ — ranked Pakistan in the second most favorable spot for vacations: amongst twenty countries.

Pakistan has been put on the second top nation that ought to be visited by vacationers in 2020, The Independent newspaper vowed by giving reference of top travel planner organizations  — the examination was based on the proposal of specialists for travel lovers — Pakistan was suggested by Wild Frontiers, a travel organizer

Prior, in 2018, the British Backpacker Society had also vowed Pakistan to be a great spot for the tourism industry in near future,  they had written: “one of the friendliest countries on earth, with mountain scenery that is beyond anyone’s wildest imagination”.

Meanwhile, the Pakistan Tehreek-e-Insaf led government sought hard to leave no stone untouched in the process of making Pakistan as a tourist hub — the government has allocated Rs.1 billion for rehabilitation and upgrading of tourist spots followed by launching apps that could make things easy for tourists.

The government has also announced a visa-on-arrival option for group tourists from 24 countries, including China, Finland, Austria, Belgium, Denmark, France, Greece, the United Kingdom, the United States, and others.

Currently, more focused have been given to ‘Heritage tourism’, on the other hand, the federal government additionally looking to take the seashores of Karachi under its surveillance from the Provincial government.