* The event kicked off with a red carpet, abuzz with prominent names in the food industry, spokespeople from APRA, the Ministry of Commerce and the government 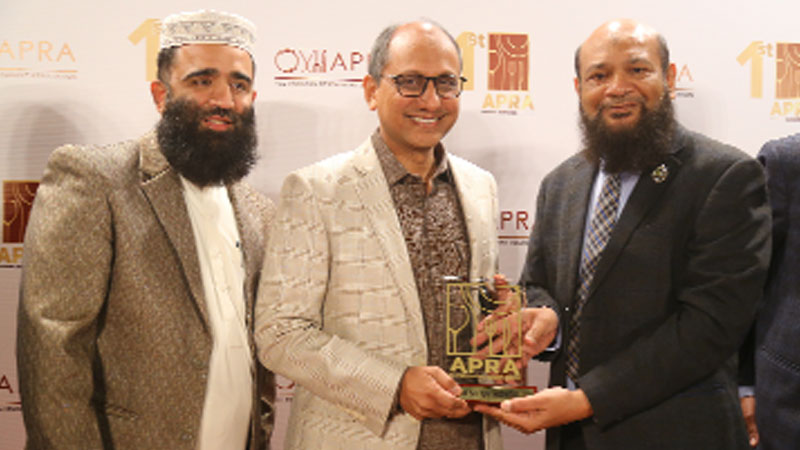 The All Pakistan Restaurant Association (APRA) which is the only registered apex body for restaurants and food in Pakistan gloriously presented the APRA Awards 2019 – Pakistan’s first ever customer choice food award show that took place on Monday at a local hotel.

Award shows are already an entertainment industry staple but restaurant awards are a welcome addition for Pakistan. It was a food and performance packed night where twenty-three awards were given to deserving recipients.

The event kicked off with a red carpet, abuzz with prominent names in the food industry, spokespeople from APRA, the Ministry of Commerce and Government of Pakistan as well as top news channels in Pakistan. Amongst the distinguished names who made an appearance were, Provincial Minister of Sindh, Karachi Commissioner and Station Commander Karachi. As the night progressed, the energy turned more electric as the hall was buzzing to see which restaurants will come out on the top.

The charismatic Ali Safina was the host of the evening who welcomed everyone to APRA Awards and entertained the audience with relatable food jokes, his witty one-liners and his fast paced, electric energy.

He called Mohammad Naeem Siddiqui, Chairman of APRA to the stage where he gave a heartfelt speech and said, “We are a nation of foodies hence the importance of food in Pakistani culture is huge and this is why award shows such as this one are needed to uphold a certain standard. We decided to host APRA Awards with the aim to celebrate the best in the Pakistani food scene, starting from Karachi, as well as maintaining food and service excellence within the restaurant industry and allow these restaurants to have a platform where their services can be recognized.”

Ali Safina then proceeded to set a dynamic tone and with that the first awards category of the night was set in motion.

The first few Customer Choice Awards were presented by Murtaza Wahab, advisor to Chief Minister Sindh. This was followed by four more awards, that were presented by Saaed Ghani, the Provincial Minister of Sindh for Local Government and Imran Ijaz, CEO of Menu. The awards for Best Chai, Best Coffee, Best Biryani and Best Pizza were presented next, with popular chai spots winning big. The next few were presented by the Iftikhar Ali Shallwani, Karachi Commissioner, and Sheikh Mansoor Ahmed, CEO of Shangrilla Foods. The final five awards in this category were presented by Major Naseem, Station Commander Karachi and Siraj Kassam Teli from Pepsi Co.

The next category was the esteemed Jury award which was decided by the Jury panel. The award for Best Fine Dining Restaurant of 2019 was presented by Baasit Hussain, Commisioner Sindh Revenue Board and Sikandar Sultan, the Chairman of Shan Foods.

Following this were the Special APRA Awards, which were decided by the APRA awards committee. Best Customer Experience, Food Veteran Award of 2019 were presented to the recipients. The final three awards for the night were the Best Brand Turnaround Award, Best Industry Facilitator and Lifetime Achievement Award and for that Mumtaz Ali Shah, Chief Secretary Sindh and Nausheen Jaffery, National Sales Head of Nestle were called onto the stage to hand over these APRA Special Awards.

The entertainment act for the evening was with Shehzad Ghias who is an acclaimed stand-up comedian, famous for using his wit and comedic timing to tell captivating stories to the audience. This comic act served as the perfect filler for the audience in between awards, turning the energy in the room lighter and well intact.

After the awards were presented, Ali Safina commemorated a food legend, Zubaida Tariq well-known as Zubaida Apa, the chef who pioneered home cooking all over Pakistan. With a career that spans over decades, and a face that every household was familiar with, APRA honored the late chef, by calling to the stage her daughter, Mrs. Shaha Jamshed. Receiving the Lifetime Achievement Award, the daughter gave a moving speech about her mother’s passion for food while thanking APRA Awards for celebrating her mother and with that the first APRA Awards successfully came to a grand closing.

APRA being the most respected restaurant authority that is licensed by Directorate General Trade Organization (DGTO), Ministry of Commerce and Government of Pakistan holds the authenticity that an Awards Office should have. The main objective of hosting these awards is to maintain food and service excellence within the Pakistani restaurant industry through healthy competition and provide restaurants with an alternate avenue for increased recognition.

In this first phase of APRA Awards, the idea is to recognize and reward the best performing restaurants in Karachi from different food categories for their special features, food and service excellence, outstanding dining, ambiance or delivery experiences. Moving forward, more cities such as Lahore, Islamabad and others will also be catered to hence making it an all-Pakistan Food Award Show.

The charismatic Ali Safina was the host of the evening who welcomed everyone to APRA Awards and entertained the audience with relatable food jokes, his witty one-liners and his fast paced, electric energy

The selection process and criteria was very seamless and transparent. After APRA made the official announcement, the restaurants who wanted to partake in this filled up a nomination form online, jury members screened these nominees after which it was put up for public voting which started July 31st onwards and went on for a month and ten days. APRA Awards had a total of twenty-three awards, seventeen of which were Customer Choice, one was Jury Award and the remaining five were Special Awards.

The four prominent Jury members on the panel were 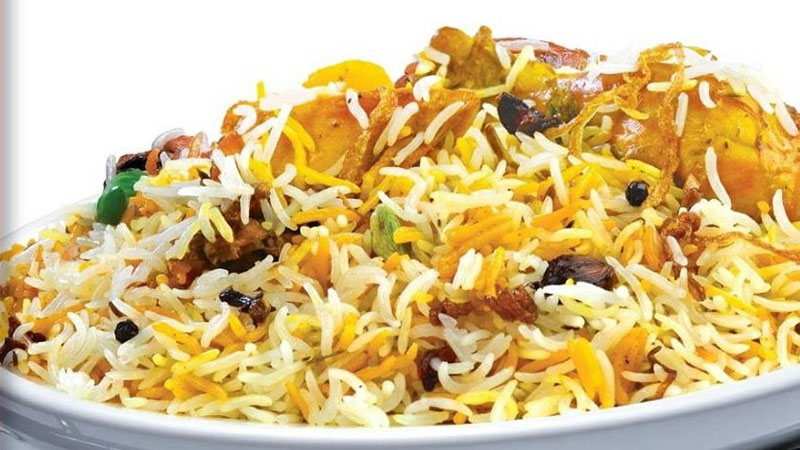 Sumera Hussain – Officer Executive Provincial Services Government of Sindh presently posted as Deputy Director Operations of Sindh Food Authority (SFA). She has conducted inspections and audits of various food eateries and manufacturing units in terms of hygiene, quality of food and good manufacturing practices. Currently she is also part of the regulatory authority, administratively managing to implement the standard operating procedures of SFA.

All the partners involved in putting together the show include, Shangrila as the main sponsor of the event. Nestle Professional, Menu, Unilever Food Solutions, Pepsi and Technosys as co-sponsors. ARY Digital and ARY News as the official media partners.

The show was directed by Production 021, technical support provided by Techibitis, outreach partner was BOGO, digital and creative content managed by Artwing Studios, media management and PR by by Talking Point.