Broken legacies of the British Empire: the odd case of Kashmir and Hong Kong

The British Empire of the past is no more but the British imperialism’s leftovers are still intact in Asia even this day where two prolonged crises-Hong Kong and Kashmir-share the same roots. 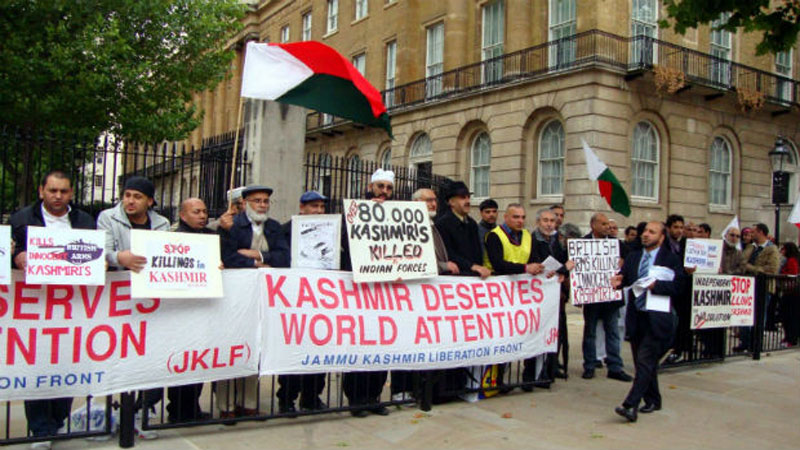 Hong Kong is witnessing an unending streak of protests in which large numbers of people are participating calling for greater freedom of expression in the region. The security forces severely responded to the demonstrations. Beijing terms these recent protests as a mere act of “terrorism”.

While in Jammu and Kashmir, the Narender Modi government revoked Kashmir’s special status on August 5, which was safeguarded by the Indian constitution. Since the revocation, the government has imposed an all-out blackout of the region as Kashmiri people are restricted to their houses while the internet service has been shut down.

The situation in the valley is largely grim as seen in the BBC video of August 10 where the security forces were seen using live shots and tear gas against mass demonstrations. On top of that, when Muslims across the world were celebrating Eid, Kashmiris were not, as mosques in Srinagar and other parts were shut, and the entire state was under extreme curfew by the security forces.

Both the people of Kashmir and Hong Kong are fighting for their rightful cause against the powerful central governments. Ostensibly, both are autonomous but part of a broader imperial power controlled by powerful nationalists where the idea of regional identity has become a curse. Not surprisingly, both conundrums were enhanced by the British colonialism of the past.

Under Prime Minister Modi’s unbridled drive of nationalism, the central government of the BJP is pursuing its agenda of cultural homogenisation. The same can be seen in Hong Kong where the central government of China is hell-bent on replacing the Cantonese language with that of Mandarin. Though the nationalism drive of Modi is starkly different from that of the British Empire, but Jon Wilson, author of India Conquered: Britain’s Raj and the Chaos of Empire highlights that although the basic ideologies of the British Empire and that of Modi’s governance are different, however, the power tools that Modi is employing are all the same. They are curbs on free speech and forceful military occupation among many others.

India for long has been praised as the largest democracy in the world, so people hoped that its conduct towards its minorities would be different from that of China

The point is that both regions of Kashmir and Hong Kong had received a distinct and special status from other regions in the countries they were joining. For instance, the Hong Kongers received a ‘one country, two systems’ framework to safeguard their rights up until 2047. While in Kashmir this safeguard was more concrete as it was written down in the Indian constitution. For example, Article 370 gives Kashmiris a right to control their government affairs barring foreign, defence and communications departments. Also under Article 35A, no outsider can buy land in the region. Nonetheless, both articles were revoked by the Modi government, toeing the line he echoed in his election campaign of ending Kashmir’s special status, which according to him had barred Kashmir’s integration with other parts of India.

Unlike India, China has not put an end to the one country two systems phenomenon, but the current events have suggested that the Chinese government is determined to assimilate Hong Kong with the rest of China. Unfortunately, the mix arrangement once put down by the British Empire is now no longer endured by the nationalist leaders who inherited these British imperial spoils; the goal now is to have complete and all-out control over the regions.

Different from Kashmir, Hong Kong’s 1997 handover was not vicious and bloody. However, the transfer from years of British imperialism to another unanswerable power was ironic and apparent to many. The last governor of Hong Kong, Chris Patten, remembered a visit he made to a psychiatric hospital moments before the handover. One random patient asked Patten, “Could you possibly explain why you are handing over Hong Kong to the last great totalitarian regime without even asking the people of Hong Kong?” Obviously, Chris Patten had no response.

Now the unwanted adverse effects from Britain’s vague imperial administration is clearing all the persistent ambiguities. India for long has been praised as the largest democracy in the world, so people hoped that its conduct towards its minorities would be different from that of China, which is known to crush all of its dissenting voices. However, the fresh incidents in Kashmir are conspicuously identical to Chinese policymaking, which aims to seek homogenising Hong Kong with the rest of China.

India plans to assimilate Kashmir into a Hindu nation, which is even highlighted by Dibyesh Anand, professor at the Westminster University. Anand believes that while it is popular to compare democratic India with autocratic China, the fact of the matter is when in regards to occupying and ruling territories and people that have disputed relations with their centre, both countries have embraced similar measures like ‘the promise of autonomy, reality of assimilation, suppression of rights, denial of self-determination, and absence of consensual rule’. Anand further asserts that in addition to the policy of ‘divide and rule, Britain also pursued another clandestine policy of ‘divide and quit’. Unquestionably, those absent-minded British arrangements were to imminently brew a conflict unseen in the world down the road.

Besides the status quo related statements, Britain is unwilling to jump in more than that in its empire’s former convoluted legacy. Perhaps one such reason is that imperial nostalgia has stirred some of the emotions behind its current conundrum: Brexit.

In short, today where Britain is grappled with its fight of self-determination, its legacies in various other corners are even more distraught and fraught. Kashmir and Hong Kong exhibit how the chaos brought by the imperialism continues to persist.