The Coalition For Women In Journalism (CFWIJ) is alarmed at the cold-blooded murder of a young Pakistani journalist, Urooj Iqbal. She was shot dead outside her office on Monday, November 25. This is the seventh case of murder that has been recorded in 2019. 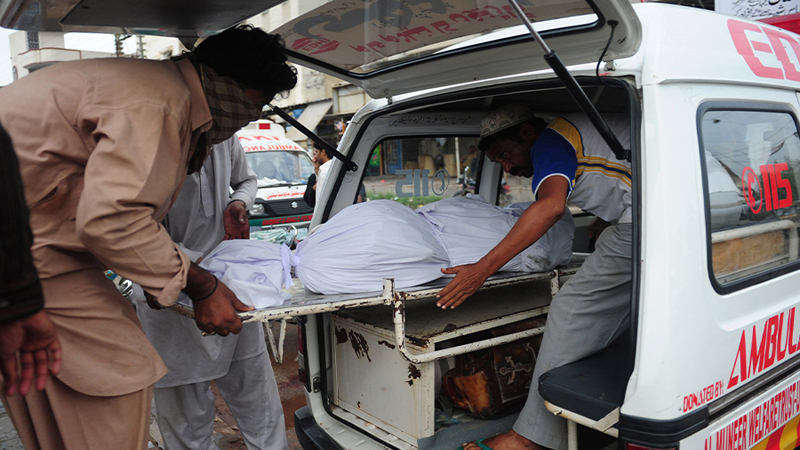 Urooj, 27, worked for a local Punjabi newspaper,Sargi News, and was attacked by her husband outside her office building. She was shot in the head, leaving her dead on the spot. Our colleague has been brutally gunned down in what is believed to be a tiff with her husband who wanted her to leave her job as a journalist. Some sources also suggest that the couple had had a separation. Urooj was living in a room next to her office in the newspaper’s building.

“This case crystalises the multi-layered dangers women journalists face in many countries, Pakistan being one of them. After speaking to those who were close to Urooj, it is very clear that her job as a journalist was a problem for her partner, who is the accused in the fatal shooting that killed the young journalist,” said KiranNazish. “Our hearts go out to Urooj’s family and loved ones. This is indeed a heart-breaking event, but also one that needs to be immediately noticed by the concerned authorities and institutions. They must condemn such attacks and take steps to stop them from happening.”

After Urooj’s brother, Yasir Iqbal, filed a complaint in the local police station, a murder case was registered against her husband Dilawar, who is also a journalist at a local newspaper. The case is under investigation, and the police have sought footage of the CCTV camera positioned in the building; it has been sent for a forensic analysis. Urooj’s body was sent for an autopsy.

We spoke with Rana Islam, Supervisor of the Police Department (SDPO) of Qila Gujjar Singh, the jurisdiction of the murder. He said, “When we reached the site of the murder-the corridor of the building’s floor where Urooj lived-wefound her body lying near the stairs. But we are yet to determine if the murderer was her husband. Her brother suspects it’s her husband, as she recently filed a complaint against him. But the matter was resolved internally by them.”

He further added that the husband is still not a part of the investigation, as he has sought an interim bail, but the police are considering all aspects and the evidence of the case. “As of now, we cannot comment about the number of people involved in the murder. Once the husband is taken onboard for investigation, we will be able to share more details about the case,” the SDPO said when speaking with the CFWIJ.

The journalist was living under immense discomfortwith her husbandafter a few months of their marriage. The couple had contracted love marriage in Pakistan’s city Gujranwala seven months ago. The husband was pressurising Urooj to quit her job. It is devastating to see a woman being told what she can or cannot do even in this day and age.

In a patriarchal society where men clearly are the dominant gender, it is a struggle for women to have the liberty to even work without being policed by men in their families

In a patriarchal society where men clearly are the dominant gender, it is a struggle for women to have the liberty to even work without being policed by men in their families. After her husband mistreated her recently, the 27-year-old journalist had lodged a case against him at a local police station, butthe police took no action. The matter was later said to be resolved by both their families, but to no avail. A few days before being murdered, Urooj called her brother to inform him about the death threats she was receiving from her husband.

It is appalling to see a woman journalist being killed merely for not abiding by her husband’s unjust demands. We, at the Coalition, demand prompt action by Lahore’s police and Pakistan’s authorities.

Urooj is the seventh journalist killed this year. Less than a day before the news of her murder, we found reports about a Chilean journalist found dead in her apartment. Read more about AlbertinaMartínez Burgos here.

On July 5, SantiCarvajal was killed, targeted in a hate crime in Honduras. Read more about her murder, here.

On July 12, Somalyan-Canadian journalist HodanNalayeh was fatally targeted with bullets in a terrorist attack in Somalia. Read more about her here.

On June 12, Norma Sarabia was shot dead in front of her house in Mexico. Read more about the case here.

On April 18, the eve of Good Friday, LyraMckee was shot and killed in Ireland. More on her case here.

The writer is a Researcher