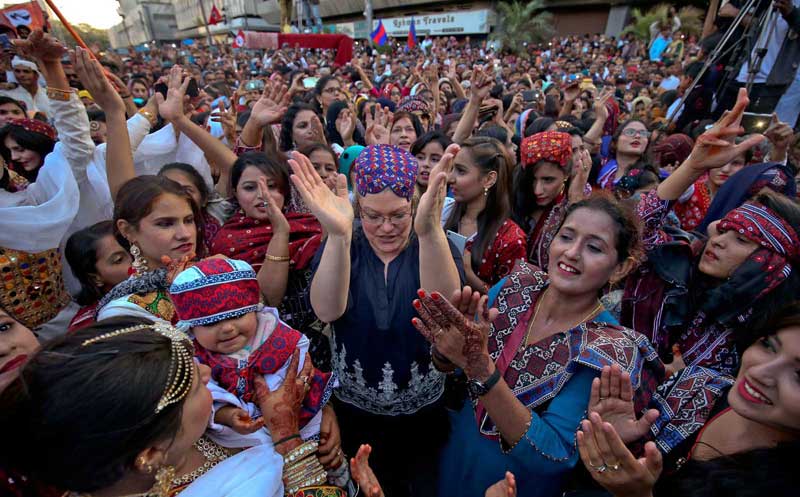 The Sindhi Cultural Day was celebrated across the province on Sunday. Many events were held in different parts of the province to celebrate the day. In the provincial capital, the main event was held in front of Karachi Press Club that was attended by a large number of people, including women and children. They delivered speeches and played cultural songs. Several political leaders also attended the event.

The day was also celebrated in various in small and big towns of Dadu and Jamshoro district. The Cultural programs and rallies were organized by different schools, colleges and Universities in Dadu and Jamshoro districts. At least 24 big cultural rallies were organized in Dadu town, 12 in Johi town, 10 in Mehar, 8 in KN Shah, 9 in Sehwan, 5 in Kotri and three in Thana Bula Khan by various schools. 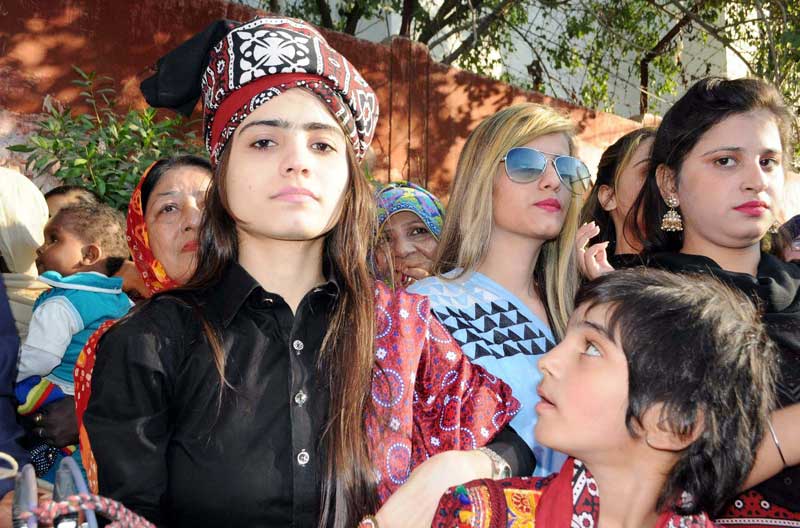 Meanwhile, Sindh Culture, Tourism, Antiques and Archives Department Secretary Akbar Laghari said that the monuments of Mohenjo Daro were very sensitive and when people visit these historical ruins, they are damaged which is why the cultural heritage site is closed for general public during Sindhi Culture Day to save it from destruction. He said this during his visit to the World Heritage site of Mohenjo Daro. He was accompanied by Director General Manzoor Kanasro. Laghari said people can celebrate the day in parks and other empty places here. He said job of the culture department is to introduce the Sindh culture & civilisation to the world. He said Mohenjo Daro is the civilization of entire humanity and if it’s one brick is damaged then it will be a national loss and a loss to entire mankind. He said UNESCO should also prepare a law that visitors of such ancient historical places should wear a very soft pair of shoes so that most important sites are protected and no damage is done to the monuments by the visitors because, he added, hard boots also damage the ruins which are thousands of years old. He said photography is also banned in many cultural sites in the world because flash of the camera is also causing damage to the historical artefacts. He said security is deployed during Eid holidays only to save the monuments from the visitors who are mostly unaware of the importance of this site which is occupying major place in the world. He said lot of funds are required to preserve the ruins from destruction. He said minor work is however undertaken randomly to save the ancient cultural heritage but due to lack of funds proper preservation work is yet to be carried out. Laghari inspected the ongoing work and visited the site along with the DG.

Longest ajrak: Meanwhile, what is being claimed as the longest ajrak in the world, measuring at 130 meters in length and 20 feet in breadth, the Sindhi traditional shawl was exhibited for the world on Sunday, on account of Sindhi Culture Day celebrations.

On this occasion, various cultural, government and non-government organizations held seminars, rallies and conferences to highlight the centuries-old culture of Sindh valley.

In Larkana, a large number of people including political workers, leaders, NGOs, students, labourers, villagers, associations and workers were purchasing the traditional topi and ajrak to mark the day.

As the demand of topi and ajrak was soaring, the shopkeepers also raised the prices. The shopkeepers of Shahi Bazar, Resham Gali, Pakistan Chowk, Royal Road and other tehsil markets told that they ran out of stock due to high demand. 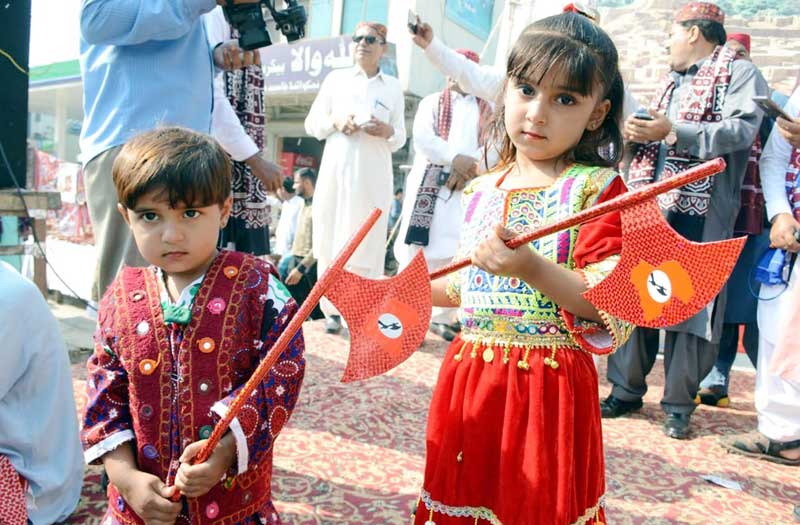 Rallies were also taken out in Karachi, Hyderabad and others cities of Sindh to mark the day.

Like other parts of Sindh, the Sindhi Cultural Day was celebrated in Shikarpur and other parts of the district on the title of “Hik Sindh Hik Sakafat”.

Different events were arranged at various schools, colleges and other places in which tableaus were performed. Various rallies were taken out by different political leaders, city organizations, notables, writers, journalists and students.

The big rally was taken out from Lakhidar to Press Club that gathered at Jumani Hall Chowk. It was led by special person Agha Muneer. A tableau was presented there in which Sindhi songs were sang by youngsters wearing Sindhi cultural dresses, topi and ajrak.