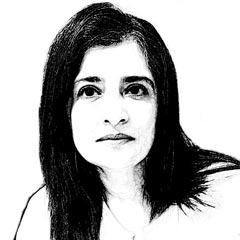 Dying hope for think tanks in Pakistan: something is not right

Every elected government tries to find the solutions of the societal problems to keep their voters’ expectations. Bureaucracies hardly invent new ideas; they are inherently unimaginative and rely on routine processes. People are more interested in the social change and clear economic and political direction. Neither bureaucracy nor politicians can do it. In today’s complex world governments need solutions to many problems along with new and innovative ideas. Most of the think tanks in Pakistan are silent and hopeless. A serious question is: why are think tanks failing in Pakistan?

Lets start from the country’s leading think tank, Planning Commission (PC). PC was established as a result of the advise of world’s top thinkers during 1950s and 1960s to the developing countries to improve the role of government and to make government interventions well thoughtful in development and planning approach. Initially, the commission invested significant efforts and a lot of thinking was placed for preparation of the five-year plans; few of them got international attention and recognized by global development leaders. Similarly, a thoughtful process was adopted for annual plans and for careful utilization of foreign funding. However, overtime the commission’s standing deteriorated. Especially after devolution, the role of commission should have realized in much broader sense to enhance the capacity of provincial planning departments and to inspire them with visionary projections. Instead of providing evidence based policy and planning discourse the commission’s role is now limited to check the boxes of PC-1 forms.

Social Policy and Development Centre (SPDC), another policy and advocacy institute, developed expertise in social sector/macroeconomic modelling. The Macroeconomic model developed by SPDC during 90’s was considered internationally to be a pioneer effort and was highlighted at the Project LINK Conference in Johannesburg, South Africa in 1996. The unique features of this model were the interaction between the macroeconomic indicators, public finance data, and the social sector. Later, their continuous contributions in poverty debate, technical assistance in budgeting, and annual social reviews are the significant pieces of scholarship. After 20 years of outstanding work now the think tanks is almost gone.

Long, medium and short term planning has almost disappeared rather politicians and planners are now only interested in mega and small projects. There is no demand for thinking for policy design only the rapid budgeting of a project/ program is enough in most of the government offices

Another example but much smaller in size is Council of Social Sciences (COSS). The council was formed by a group of intellectuals to serve and maintain the social science disciplines in the country. The council initially produced a few significant knowledge products in the form of books, working papers, journals and monographs. The council also encouraged new entrants in these subjects by announcing awards like Dr. Akhter Hameed Khan Memorial Award. The council survived only for 15 years and has now vanished. Few ambitious intellectuals are still struggling for it but there is little hope so far.

I am not naming Pakistan Institute of Development Economics (PIDE) here, another think tank that is in a fragile situation. Although, their role for policy advice has been gone for a long time, they survived because of their status as a teaching university, which generates enough resources. There are a few common threads in all these fading institutions. For instance, donors initially supported all these think tanks. The idea for Planning Commission came originally from group of economists at Harvard Institute for International Development, which was heavily funded by Ford Foundation. Swedish International Development Agency (SIDA) and International Development Research Center (IDRC) provided funding to the SPDC for the initial 15-20 years. Recently the funding strategy of donors changed from institutional funding to project based funding and the Center is barely surviving due to lack of resources. For COSS, initial funding came from UNESCO and ActionAid. Like other think tanks with depletion of foreign funding the council vanished.

Secondly, the engagement between knowledge, policy and power weakened overtime. Long, medium and short term planning has almost disappeared rather politicians and planners are now only interested in mega and small projects. There is no demand for thinking for policy design only the rapid budgeting of a project/ program is enough in most of the government offices.

Finally, the important component that may play an important role in survival of think tanks is “How they set their research agenda”? Most of the time it is set by foreign donors or randomly selected popular topics, it is very difficult to find a think tank that claims that the market sets their research agenda. In this century the channels of prosperity are not simple; they are through commerce, knowledge transfer, investment, adjustment of social change and so on. The role of think tanks is much higher then ever before but society at large is ignoring that “investment in thinking” is the most indispensable factor for prosperity.

The writer is associate professor at Institute of Business Administration, Karachi