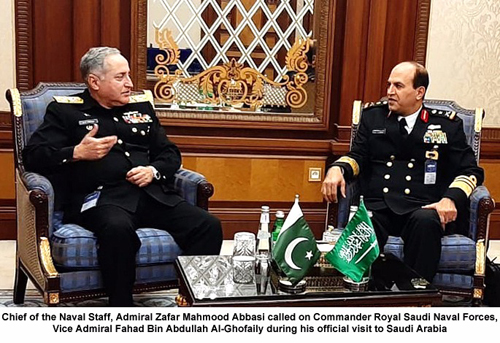 ISLAMABAD: Chief of the Naval Staff, Admiral Zafar Mahmood Abbasi was on an official visit to Kingdom of Saudi Arabia. During his visit, the Naval Chief attended 1st Saudi International Maritime Forum – 2019 (SIM Forum – 2019) held in Riyadh. The Admiral also addressed the Forum, graced the second session as Guest of Honour, called on Commander Royal Saudi Naval Forces and held interactions with his naval counterparts from various countries. 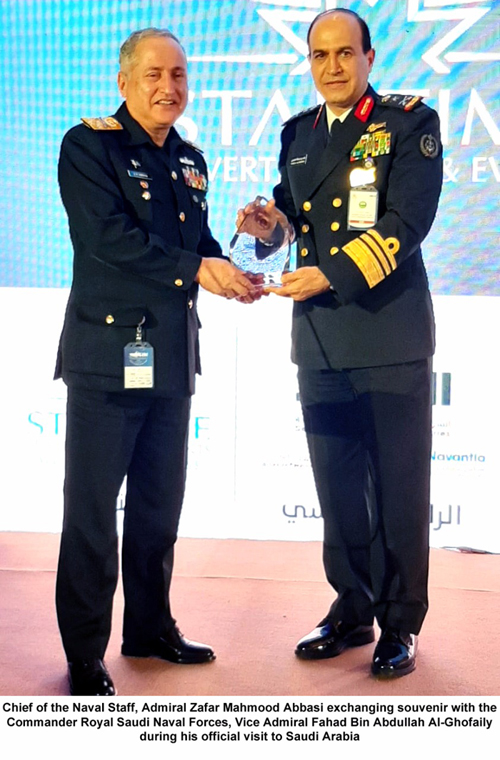 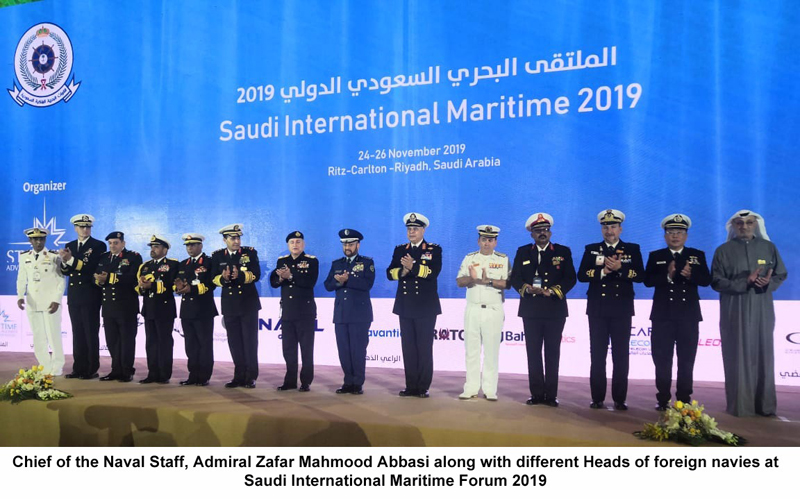 Chief of the Naval Staff addressed the SIM Forum and also graced the second session of the conference as Guest of Honour. During the conference, Admiral Zafar Mahmood Abbasi called on Commander Royal Saudi Naval Forces, Vice Admiral Fahad Bin Abdullah Al-Ghofaily and also interacted with various heads of foreign navies. During the meetings with the foreign dignitaries, matters of mutual interest and bilateral naval collaboration were discussed. The Naval Chief highlighted Pakistan’s commitment in the fight against terrorism including Pakistan Navy’s peace initiatives in support of maritime security in the region.

It is expected that the current visit of Chief of the Naval Staff would greatly augment the bilateral cooperation between both the brotherly countries in general and the two navies in particular.