Evolution may have answers to schediaphilia

Japan certainly has a history of illustrated erotica — shunga, such as “The Dream of the Fisherman’s Wife” by Hokusai, is perhaps the most famous example — but it is hardly the only culture to compose drawings meant to stimulate more than the imagination.

Nor is this trend limited to the modern era. Medieval artists produced many ribald paintings, the Mughal Empire commissioned illustrated editions of the Kamasutra, and sensual frescas have been unearthed among the ashes of Pompeii. Artistic history, it seems, has quite the carnal cache tucked beneath its mattress. 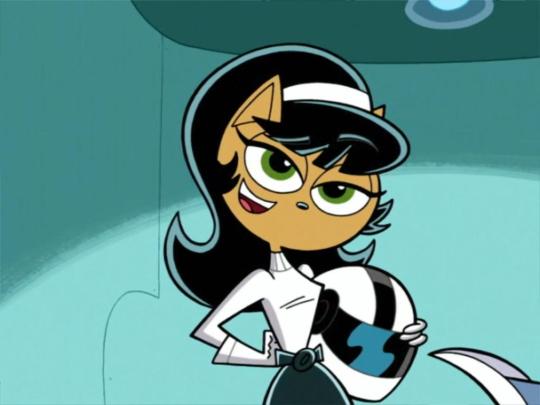 Nikolaas Tinbergen’s long and celebrated career changed how we understand animal instincts and behaviors, discoveries for which he was awarded the 1973 Nobel Prize in Physiology/Medicine alongside Karl von Frisch and Konrad Lorenz. Among his many insights was a theory that evolution may not have imbued animals with an innate kill switch toward instinctual responses.

To test his theory, he created fake eggs that were large, saturated blue, and covered with black polka dots. He then placed these eggs in the nests of songbirds instinctually driven to sit on speckled, pale blue eggs. The birds quickly abandoned their natural brood to nurture the new arrivals, despite the artificial eggs being too big for them to lay on without sliding off.

He called this a “supernormal stimulus” — a phenomenon that occurs when an artificial object triggers an animal’s instinctual response more intensely than the natural object the instinct evolved to seek out. Because nature could never produce eggs like Tinbergen, the songbirds could not adapt evolutionary defenses to prevent the fake eggs from pulling so strongly at their instincts.

Supporting Tinbergen’s experiments are supernormal stimuli we’ve created accidentally. Turns out, beer bottles are exactly what an Australian jewel beetles looks for in a mate (and then some). These beetles treat trash piles like a singles bar and can become so enamored with the bottle of their dreams that they will die trying to mate with it.

Some animals have even evolved ways to use supernormal triggers to their advantage. Studies have suggested that the cuckoo chick, a brood parasite, acts as a supernormal stimulus to its host parent. The cuckoo chick’s gape-colored skin patch is thought to trigger the host parent’s visual instinct, causing it to favor the parasitic chick over its natural offspring.

In The Evolution of Desire, evolutionary psychologist David Buss argues that evolution imprinted men and women with particular instincts for finding mates. Such instincts were forged in response to the challenges we faced in our evolutionary environment and remain largely within us (evolution is slow and steady).

Since evolutionary success is predicated on passing on one’s genes, ancestral men came to value women who could bear children, while ancestral women preferred men with the status and resources necessary to care for children. Because the ancient savannah lacked fertility clinics, men relied on other methods by which to judge suitable mates. They used their eyes.

“Beauty may be in the eyes of the beholder, but those eyes and the minds behind the eyes have been shaped by millions of years of human evolution,” Buss writes. “Because physical and behavioral cues provide the most powerful observable evidence of a woman’s reproductive value, ancestral men evolved a preference for women who displayed these cues.”

Visual cues denoting reproductive value include youth, health, and social status. In short, men are primed to seek attractiveness in mates. While attraction varies from culture to culture, its more common features include “full lips, clear skin, smooth skin, clear eyes, lustrous hair, and good muscle tone, and features of behavior, such as a bouncy, youthful gait, an animated facial expression, and a high energy level.”

In fact, her youthfulness represents an unnatural extreme, with features exaggerated to absurd, neotenic levels. Her head is impossibly large, her legs too long given her torso, her arms too short, and her hip-to-waist ratio would prevent her from walking. A real-life Betty Boop surviving to puberty would be a medical marvel. As a cartoon, she has lived on as a sex symbol for nearly 100 years.

If you think the phenomenon is limited to only illustrated figures, guess again. One study showed that even high heels can elicit a supernormal response.

This story originally appeared on BT.